Prachanda’s explanation about MCC: The party has not made a decision 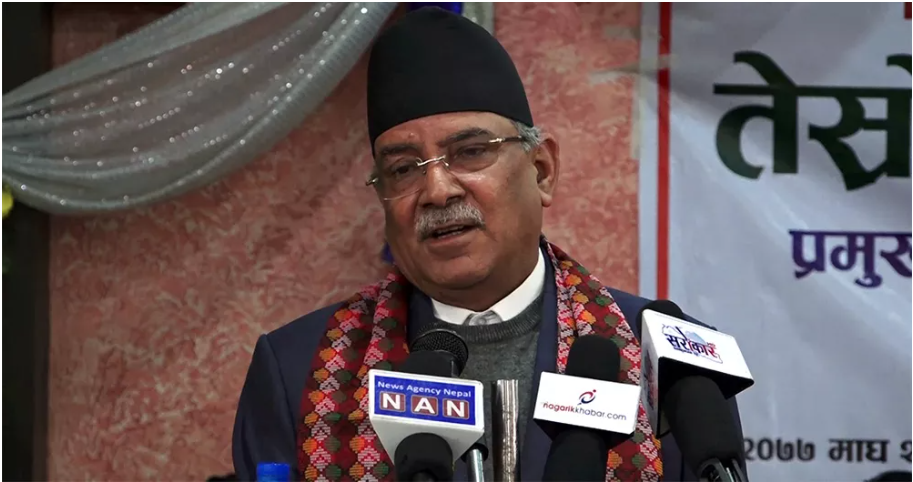 KATHMANDU: Chairman of the divided CPN and former Prime Minister Pushpa Kamal Dahal (Prachanda) has clarified that he stopped those people chanting slogan during the general strike on Thursday as the party has not decided on the issue of Millenium Challenge Corporation (MCC)

In a press conference held on Friday, Prachanda said that he was only trying to stop the chants which were not intended against the appointment of constitutional body officials.

He said, “It is time to focus primarily on the slogans rather than any other non-intended slogans. The party has not yet made a formal decision on the MCC. But someone started using those slogans. I wondered who it was, but they were our friends. I said not to shout those slogans anywhere.”

He recently met the US Ambassador to discuss whether it could be modified or not. Prachanda clarified that he does not reject or support the MCC.