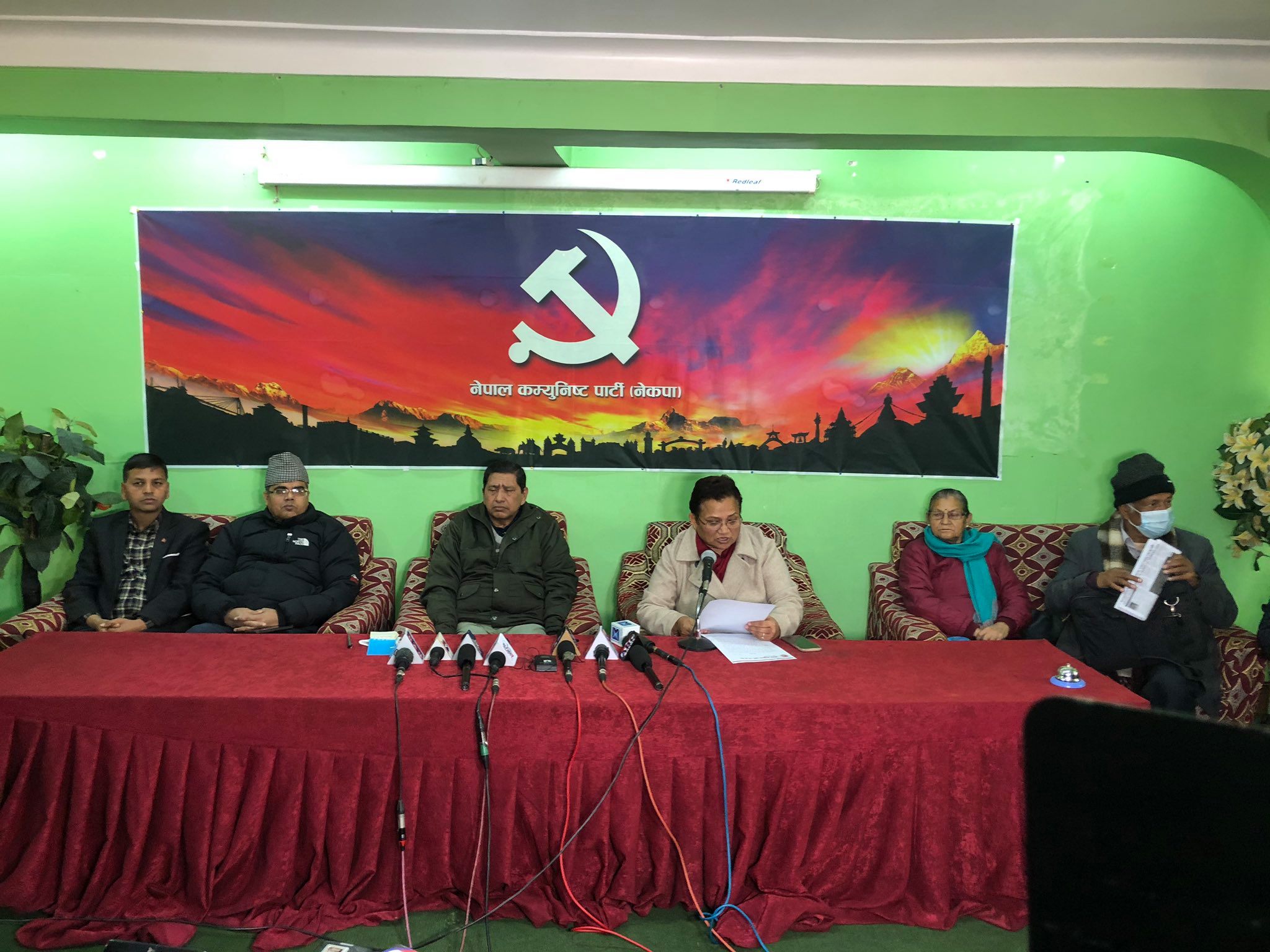 KATHMANDU: The Prachanda-Madhav faction of the divided CPN has announced a nationwide general strike on Thursday.

The Central Committee has informed through a Press Conference that it has decided to go on a general strike to protest against the appointment and swearing-in of the office bearers in the Constitutional Council.

According to the new program that has been made public, a torch rally will be held across the country on Wednesday evening and a General Strike will be conducted on Thursday. Announcing the program, the Coordinator of the committee Narayan Kaji Shrestha said that the general strike was announced out of obligation.

Shrestha said that there would be no restrictions imposed on emergency services during the nationwide general strike.