Prachanda-Madhav faction in internal discussion before leaving for Election Commission 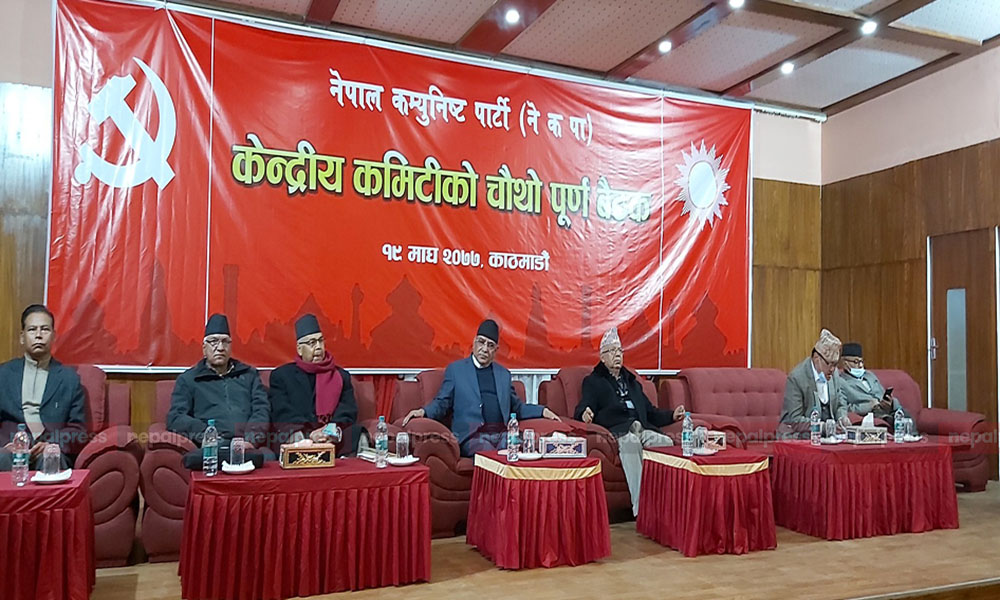 KATHMANDU: Claiming official rights, the Prachanda-Madhav faction of the Communist Party of Nepal is engaged in internal discussions before going to the Election Commission.

The fourth meeting of the Central Committee on Monday had decided to go to the Election Commission with a letter to claim its legitimacy. Standing committee member Lilamani Pokharel said that there will be a meeting on the issue and then a final decision would be taken.

“We are holding a meeting now, Some things will be finalized,” Pokhrel said. He added they would probably go to the Election Commission today.

Central Member and former Attorney General Mukti Pradhan said that despite the policy decision of the Central Committee to go to the Commission, the letter has not been finalized yet.