NO LIFE, NO STYLE – NO PARTIES, NO CROWDS Dearie….

Are these the wages of sin? 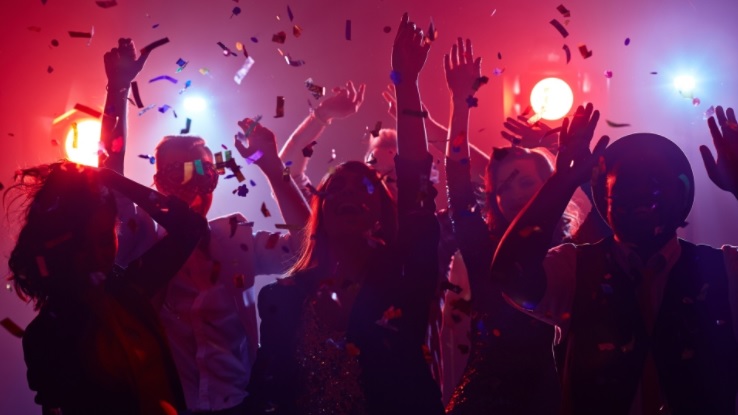 LIFE IS BACK TO THE VEDIC TIMES! But not everyone says THANK GOD!! Read On…

2020 gave us a lot of time to sit in front of our screens. And in the course of adapting to our “new normal,” many of us have found ourselves reeling at scenes from our “old normal,” those seemingly innocuous snapshots of pre-pandemic life that now seem jarring as they pop up in movies and TV shows. Why is everyone standing so close to each other? Where are the face masks? Are those characters really going to kiss without a swab test?

Crocodile Dundee stepping over New Yorkers in jam-packed subway station, Slumdog Millionaire’s mass dance-along to “Jai Ho,” Dan Aykroyd and Eddie Murphy being besieged on the stock market floor in Trading Places… shudder. It’s hard to revisit these classic scenes without squirming at the sight of swarming strangers without so much as 6 inches of personal space, let alone 6 feet.

Imagine Planes, Trains & Automobiles — which is indeed getting a reboot starring Will Smith and Kevin Hart — taking place in 2020. It’d be five minutes long, because there’s zero chance Steve Martin’s uptight marketing man would have gone anywhere near John Candy’s Del Griffith, whose approach to personal hygiene (dirty socks in the sink, mid-flight foot rubs) and space wouldn’t bode well for strict social-distancing and mask-wearing. Plus, they’d both have to quarantine upon arrival in Chicago. Still, given the recent rash of cases involving passengers who have traveled despite being positive for COVID-19 — not to mention cruise ship outbreaks, travel restrictions and concerns about asymptomatic spread — we’re practically nostalgic for a time when chatty seatmates and dingy motels were a genuine travel nightmare.

And who among us doesn’t get a pang when they see a character — James Bond, Emily of in Paris fame — flit about freely (and sans mask or swab test) from one dreamy locale to the next? Were we ever so young?

’Tis true: People once enjoyed their meals inside bustling restaurants, a fact we’re reminded of when we turn on anything from Ratatouille to Good Burger. In the era of curbside pickups, capacity restrictions, socially distanced outdoor tables and an industry brought to its knees by shutdowns, watching movie stars break bread indoors stings. Think the brothers from Big Night would serve that timpano to-go?

There’s nothing better than two rom-com leads finally coming together in a passionate clinch — until you start to contemplate what sort of germs they’re passing back and forth. In fact, any physical contact between characters not in the same bubble — a hug, a handshake, a pat on the back, a punch — suddenly feels as ominous as a cough in a period film. Which brings us to…

DONT FORGET HIV, HERPES, SYPHILIS AND A HOST OF OTHER EXCITING THINGIES…Corona only makes it worse!

At the risk of sounding prudish, the steamy, spontaneous hook-ups on productions like Sex and the City now call for a major suspension of disbelief — though if anyone would know how to make hand sanitizer, PPE and plexiglass screens sexy, it’d definitely be Samantha Jones.

Still, with the pandemic putting dating and partying on ice for most people — at least until they’ve had a sufficient courtship and/or COVID testing for two — any swingin’ singles scenes seem even more scandalous these days.

Remember those? Anyone abiding by CDC guidelines would be hard-pressed to recall their last big night out — or at least one that didn’t involve face coverings, social distancing and outdoor heat lamps — which is why scenes depicting bars, clubs, house parties, dance floors packed cheek-by-jowl and, heck, even a tasteful little dinner party in a Nora Ephron film feel reckless — and, yes, outrageously fun. Sigh.

Yes, weddings are somehow still happening in the pandemic, despite emerging as known super-spreader events. And so it’s hard to stomach, for example, the rather aptly titled Four Weddings and a Funeral without worrying about the health of some fictional bridesmaid. In fact, any big event that would now pose a “super-spreader” threat — a festival, concert, carnival and so on — is bound to make our hearts beat a little faster when it comes on screen.

Who’d have imagined we’d ever find ourselves feeling almost sentimental for Office Space’s mind-numbing corporate drudgery? Even as viewed through the lens of Hollywood, on-screen workplace life — Working Girl’s underdog angst, the toxicity of Industry’s 24/7 culture, everything in The Office — more often that not had a reliably relatable appeal. But with so many people now working remotely at home and swapping power suits for sweats, depictions of boardrooms, clunky computer monitors and watercooler chitchat come off as fossils of a bygone era.

The classrooms, cafeterias, pep rallies and hallway hijinks captured in everything from Clueless to Grease to Riverdale to Saved by the Bell are a far cry from the disrupted school routines most students now face thanks to the pandemic. With Zoom calls, limited socializing and school closures carrying on for a third school term, the traditional educational set-up, and all the extracurriculars that come with it, again feels so far away.