In the times of Corona! 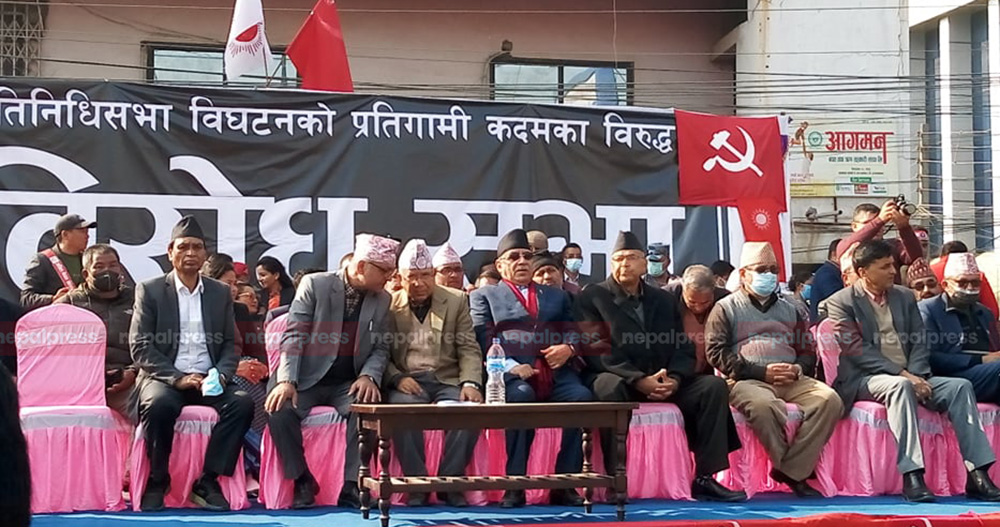 KATHMANDU: After the division of the party, top leaders of both factions of the CPN have started conducting large public rallies. After a one-phase meeting and cadre training, both sides have concentrated their focus on large gatherings.

Today, Prime Minister KP Sharma is going to Chitwan to address a public meeting held in Prachanda’s home district. Oli is preparing to bring a large number of people to the meeting to be held at the bus terminal.

Earlier, Oli had addressed a large public meeting in Dhangadhi in the far-west. The Oli faction is holding a big rally in Kathmandu on 5th February and in Butwal on 11th February.

Meanwhile, the Prachanda-Madhav faction is holding a public meeting in Dhangadhi in the far-west today. Madhav Nepal has reached Dhangadhi on Friday to address the meeting while Prachanda is going today.

The Prachanda-Madhav faction has already held rallies in Butwal and Biratnagar and will hold a bigger rally in Kathmandu on February 10.