Corruption on the rise in Nepal: Transparency International 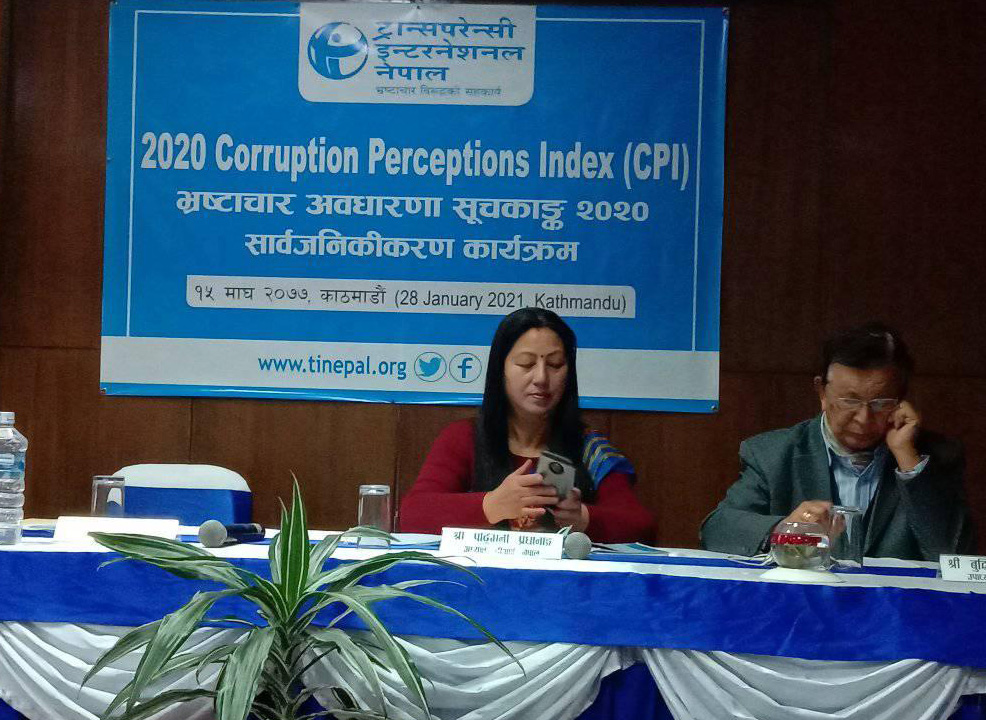 The report that covers 180 countries, expressed concern that only very minimal steps were being taken to curb corruption around the world. Similarly, Nepal has been shown to be in the category of corrupt countries.

It is said that the index is prepared by averaging the scores obtained on the basis of research done on six criteria including politics, access to justice and financial discipline.

Mukunda Bahadur Pradhan, General Secretary of Transparency International Nepal, said, “What Nepal has achieved so far shows that there has been no improvement in Nepal at present. The government and the people must be responsible for reducing corruption. We are still in a very precarious position.”

Transparency International ranks countries with less than 40 points as the most corrupt.

According to the survey conducted by six organizations including the World Bank, World Economic Forum, Global Insight, Bertelsmann Foundation, World Justice Project and VDES, Nepal ranks 117th out of 100 points in CPI 2020.

According to the survey of six organizations in Nepal, the reasons behind this are the government’s insufficient anti-corruption efforts, abuse of power in the public sector, lack of action against public officials, bribery in business, and lack of access to information.

According to the report, Denmark and New Zealand are the least corrupt countries. They have scored 88 points.

South Sudan and Somalia are the most corrupt, with 9 points.

In South Asia, Bhutan has the lowest levels of corruption, followed by Afghanistan.

Bhutan is ranked 24th among the South Asian countries in the 2020 index with 67 points.

India is ranked 86th, Sri Lanka 38th and Maldives 43rd. Pakistan is ranked 124th while Bangladesh is ranked 146th. Afghanistan has a total of 19 points and is ranked 147th out of 183 countries.