28,732 vaccinated by the end of 2nd day, no side effects reported 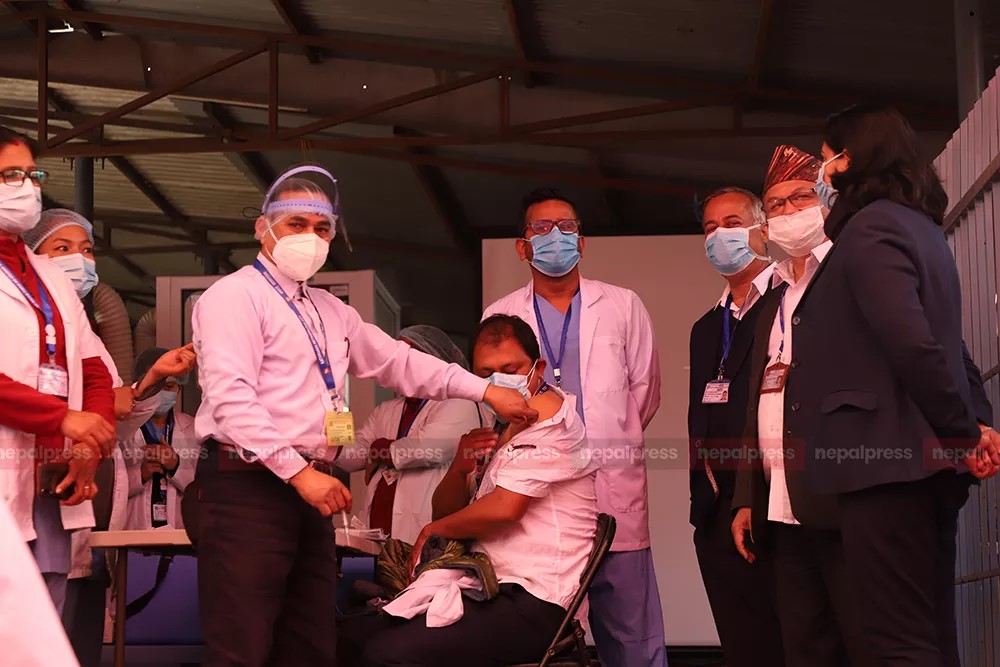 KATHMANDU: According to a Press Release issued by the Ministry of Health and Population, a total of 28,732 people have been vaccinated by the end of today, the second day of the vaccination campaign. 3,847 in Province 1, 2174 in Province 2, 11,461 in Bagmati, 4853 in Gandaki, 2,303 in Lumbini and 1677 in Karnali and 2417 in the Far-West have received the vaccine, and no side effects have been reported as of now.

The government has decided to vaccinate frontline health workers, sanitation workers, ambulance and hearse drivers, volunteers and security personnel in vaccination centres, dead body management workers, women health volunteers, frontline and health workers in international entry/exit points, the elderly in old age homes and their caretakers, prisoners and security personnel in prisons, in the first phase of the campaign.

On another note, no death from COVID-19 was recorded today, which has happened after 5 months in Nepal. This is a matter of hope and positivity for all Nepalese, since the vaccination campaign has also begun recently in all provinces of the country.