The Tragedy of Migrant Workers 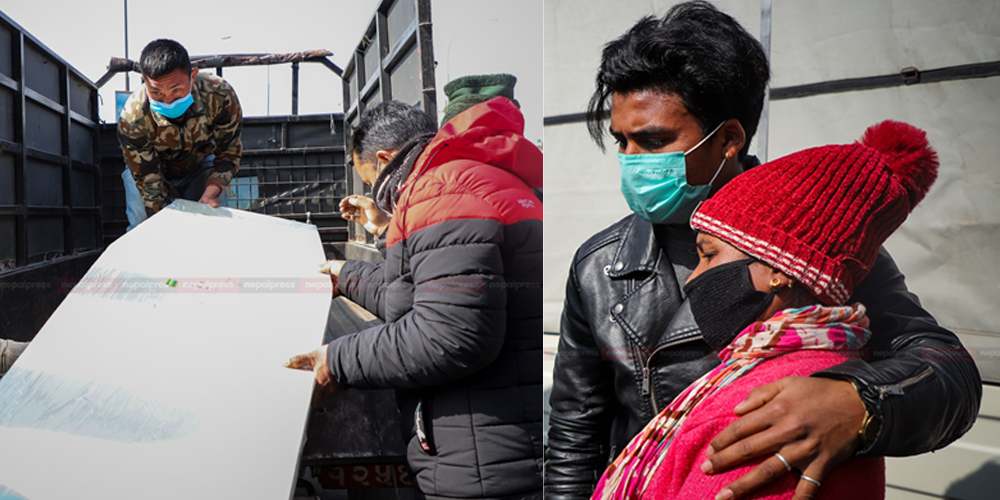 At first sight, there is nothing unusual about this picture; goods are being unloaded from a pickup truck. However, on getting to know that these are not ‘goods’ but bodies of migrant workers that died while being employed in foreign countries, tears well up.

18 bodies were returned to Nepal in boxes from Malaysia through Nepal Airlines recently. It might be possible to measure the financial loss families have to bear when children that went abroad to earn return in body bags, but who can account for the mental and emotional turmoil that they are forced to bear? For them, it is unclear even as to why this has happened. 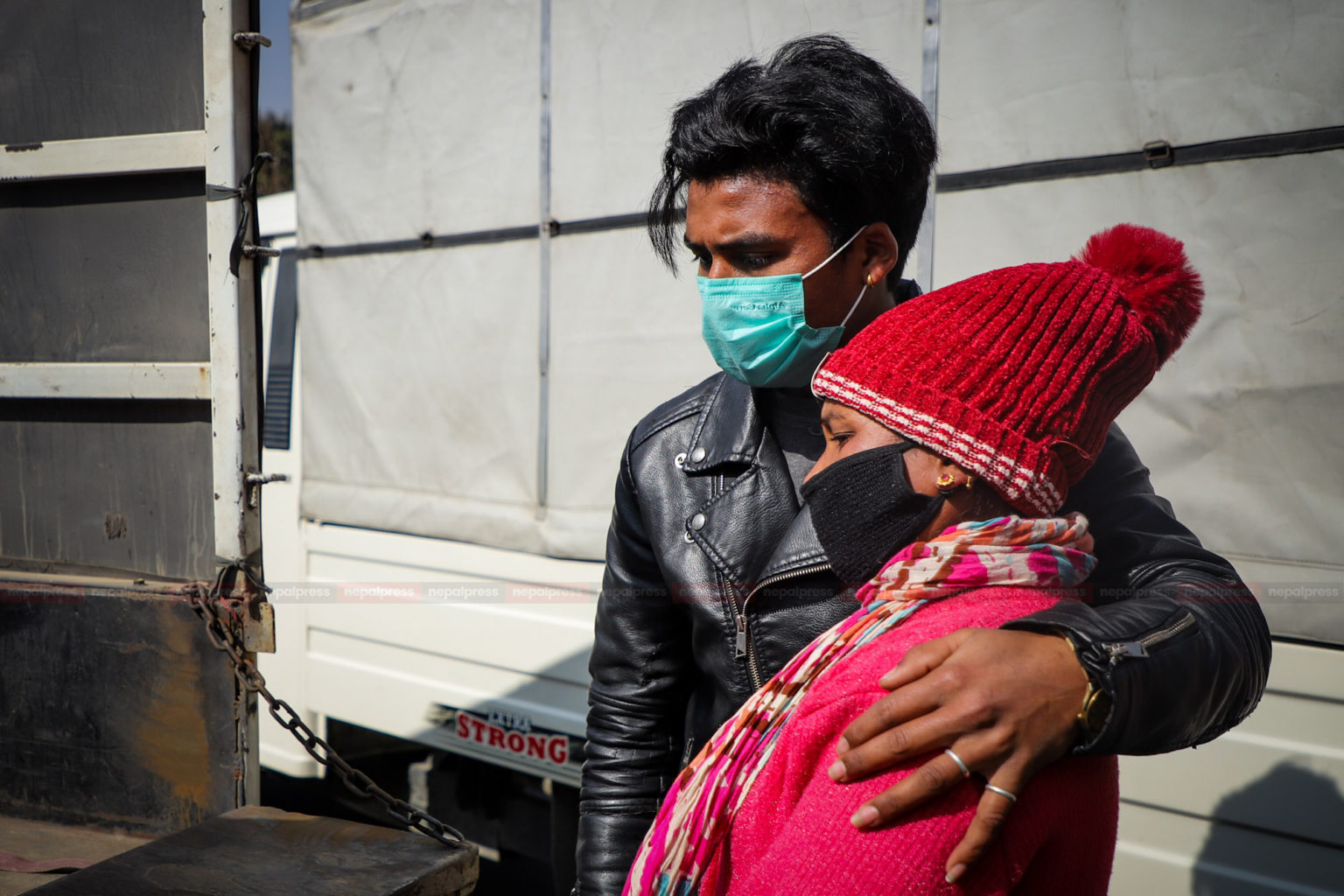 Kumar Tamang is an example; his brother Surya Bahadur Tamang worked at a Malaysian garment factory for two and a half years.
Last December, he received a call, saying “Your brother did not wake up this morning.”

This could not be disbelieved, as it came from his brothers’ colleague. It was not that he was not suspicious initially, because his brother had slept soundly after dinner but was suddenly found dead in the morning. Yet, there was nothing he could do. He had to be satisfied by the fact that he received his brother’s body a month and a half after his death.

His brother had announced his plans to return from Malaysia for good in May. “Four months before that, my brother returned, but he returned lifeless.” 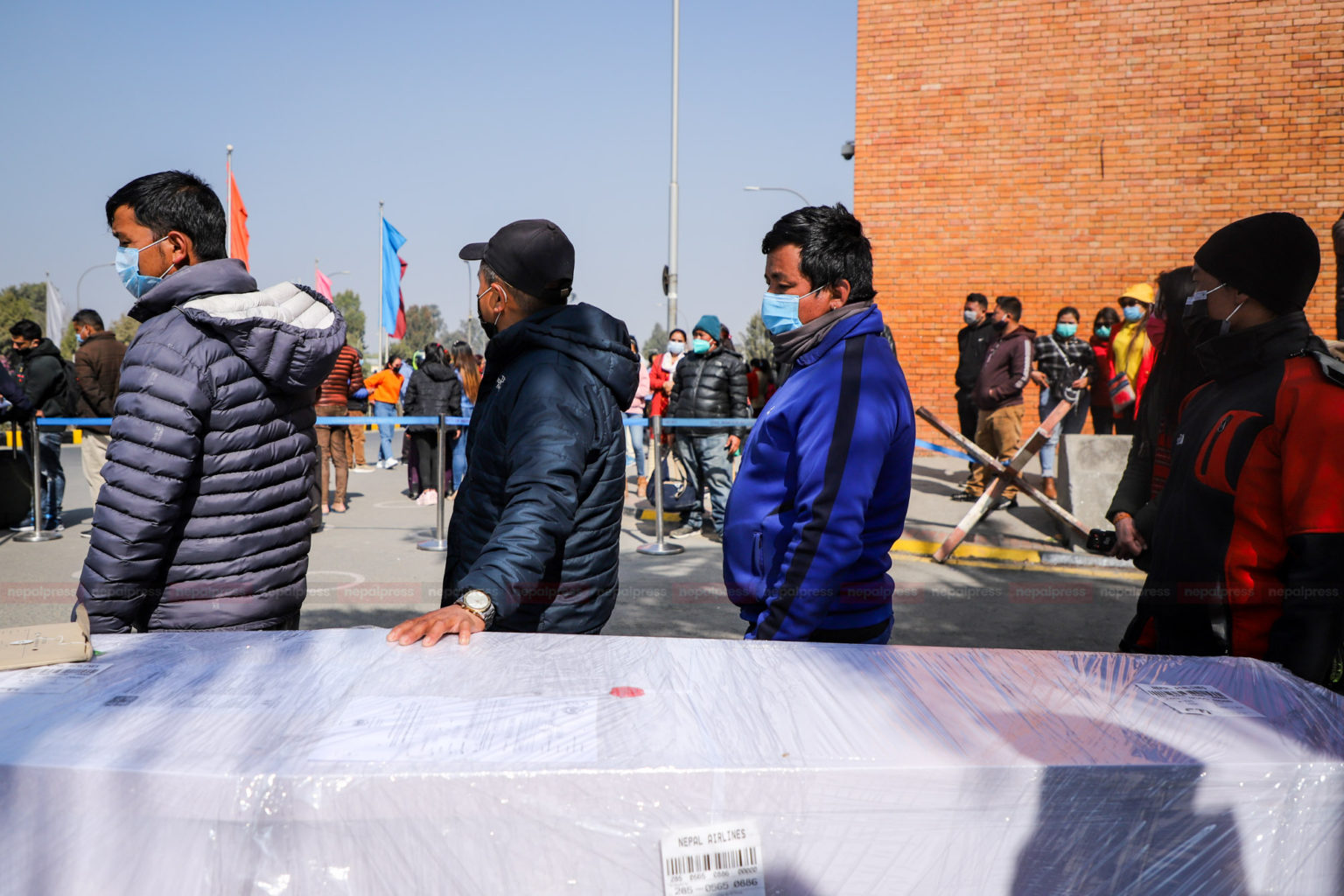 It is not just today that Nepalis who have gone abroad with the dream of earning money are returning in boxes. On an average, three bodies enter the airport daily. Most Nepalese die in Malaysia. In 2020 alone, 275 Nepalis died in Malaysia due to various reasons. These deaths are due to various diseases, suicides and road accidents.

As a consequence of dire unemployment in the country, foreign employment has become a last resort for the youth. Those who went to Malaysia and Gulf countries, shedding blood and sweat, are supporting Nepal’s economy today. When they are alive, they earn and support their families. But what happens to the family if they die?

Nepali youths going for foreign employment are often unskilled, so they have to work hard in extreme conditions. They are forced to risk their lives to work for low wages. There is also the added struggle of leaving one’s family and living in a foreign country. But who has the answer to when this will change?

These pictures should shock the government, and concern the political parties that claim they will change the face of the country. But where is the time for the government and the parties, which are always buzzing in the politics of power, to be moved by such a picture? Such issues are not on their agenda, on which there are three things – power, power and power.

They hold secret party meetings every day. There are big public meetings and large processions are taken out.

All for what? Power.

It is not the priority of these leaders to plan and prevent the youth from fleeing abroad by creating employment within the country. It only is a priority when it comes to elections and as soon as the election is over, this changes.

Foreign employment has become a lifeline to save the country’s economy. However, necessary initiatives have not been taken to make this sector safe and orderly. There has been no concrete investigation into why Nepalis die abroad and what can be done to prevent it. The government seems to only be counting the remittance, not upholding any responsibility towards its citizens.

The dead bodies that came from Malaysia are not just bodies; they are also a tragic symbol of dreams that have been killed. As long as this continues, the reputation of our country’s leaders shall remain tarnished. 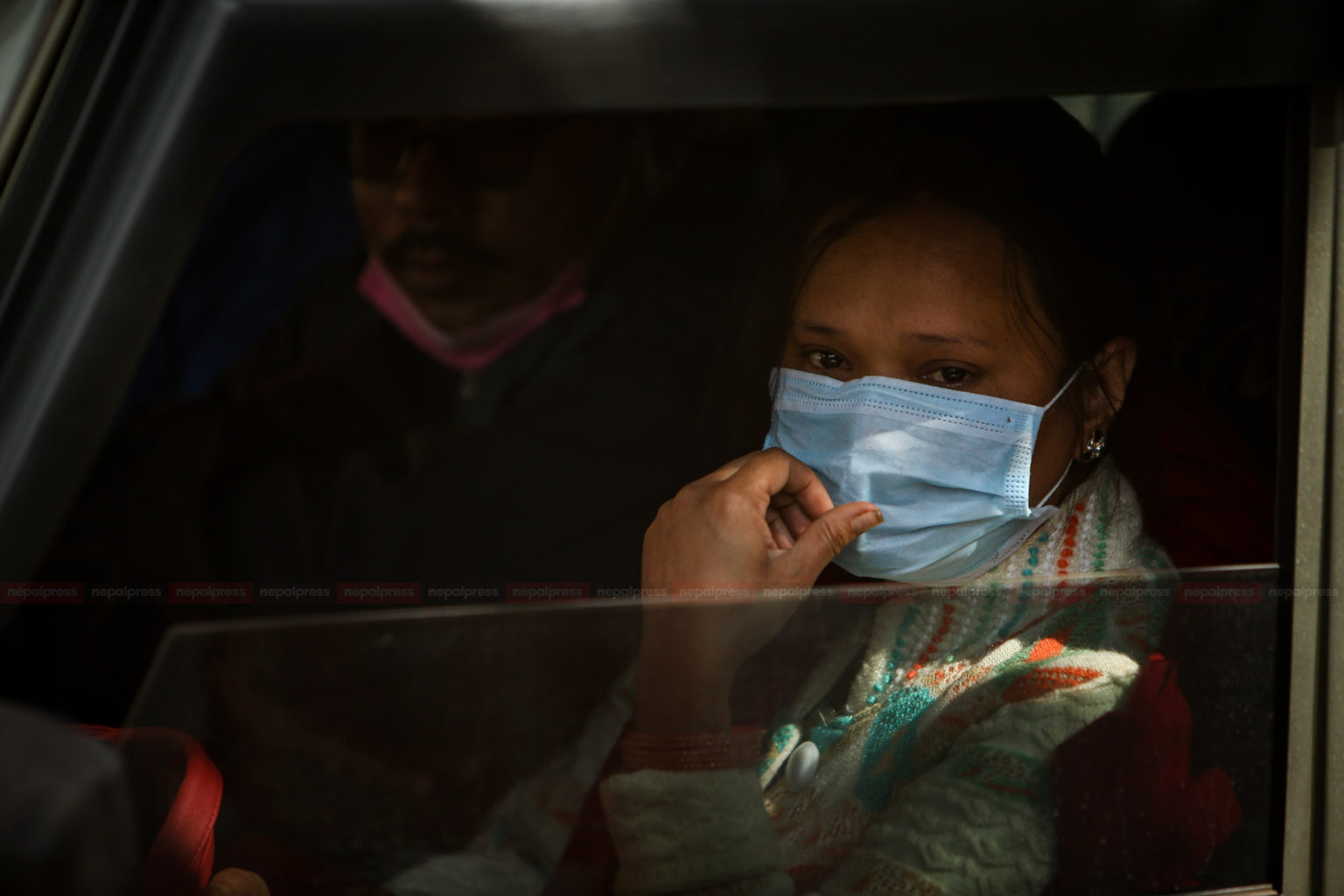