Bomb planted by Biplov Maoists safely disposed of in Banepa

The nightmare must not return 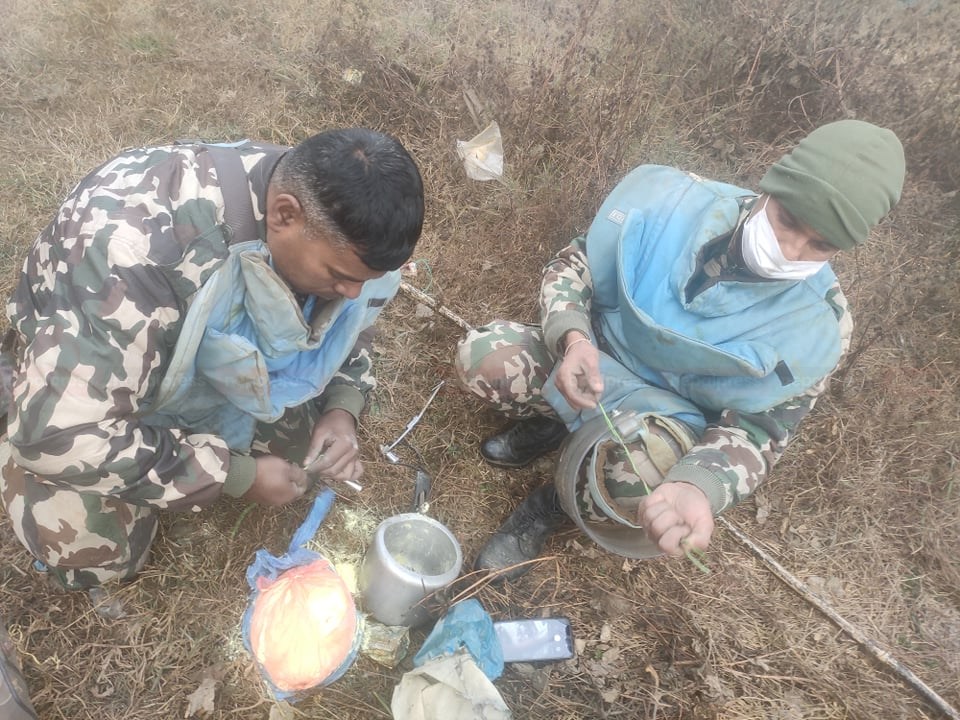 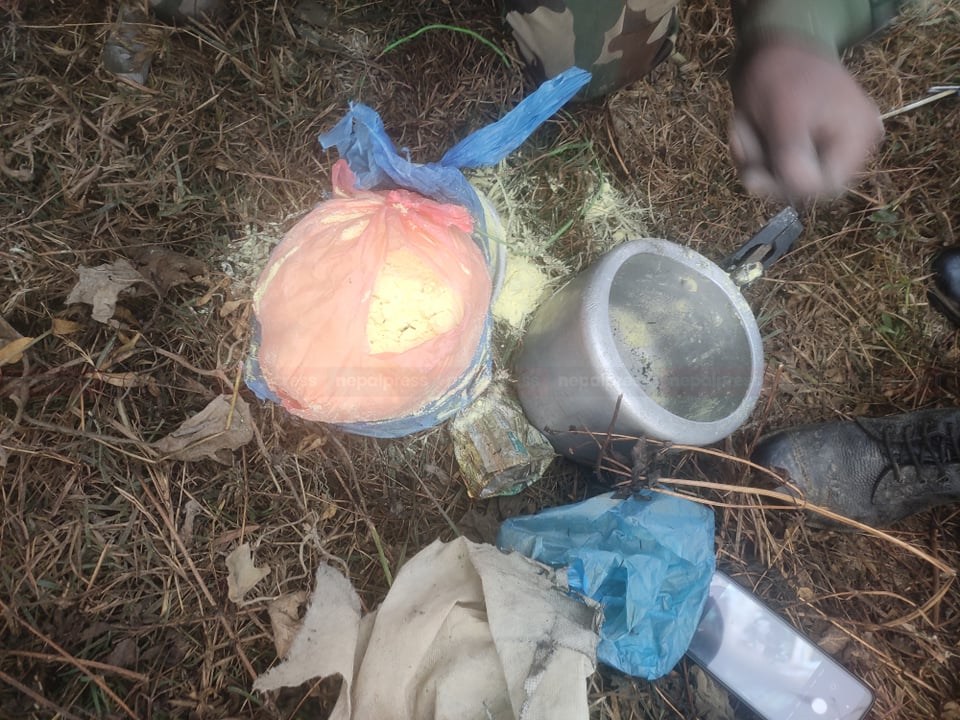 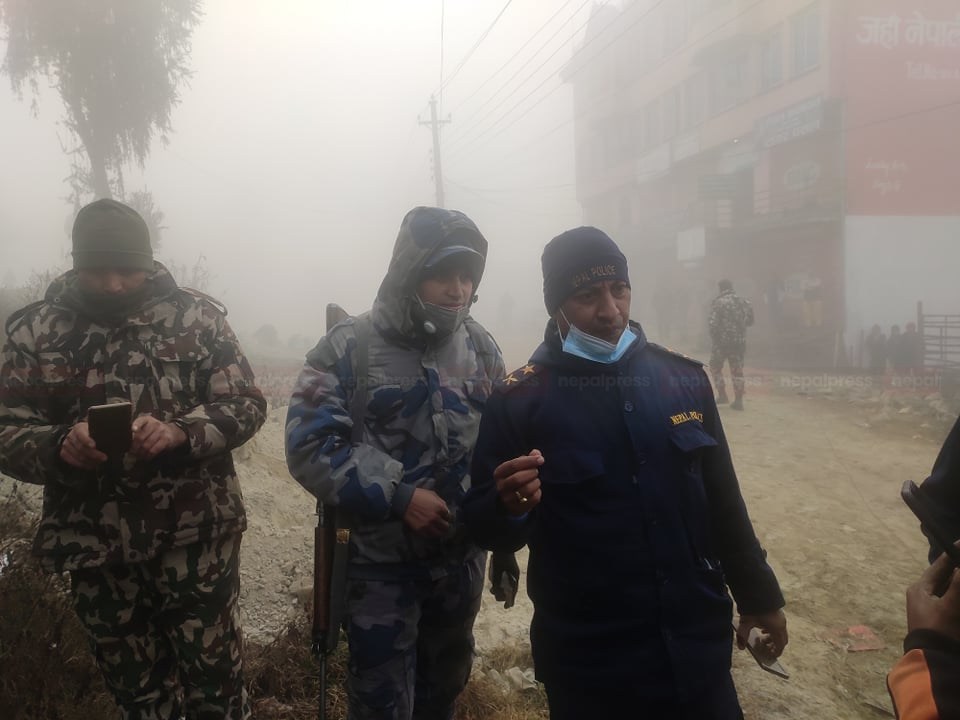 After the bomb was found , its perimeter was safely secured by the Nepal Army Bomb Disposal Team in Araniko Highway. 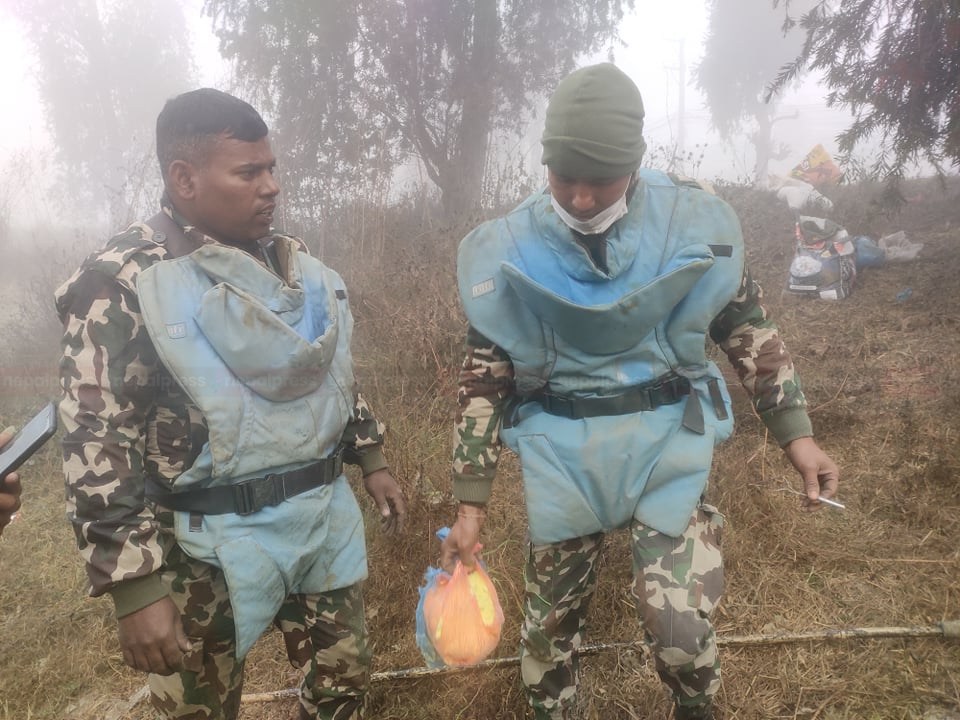 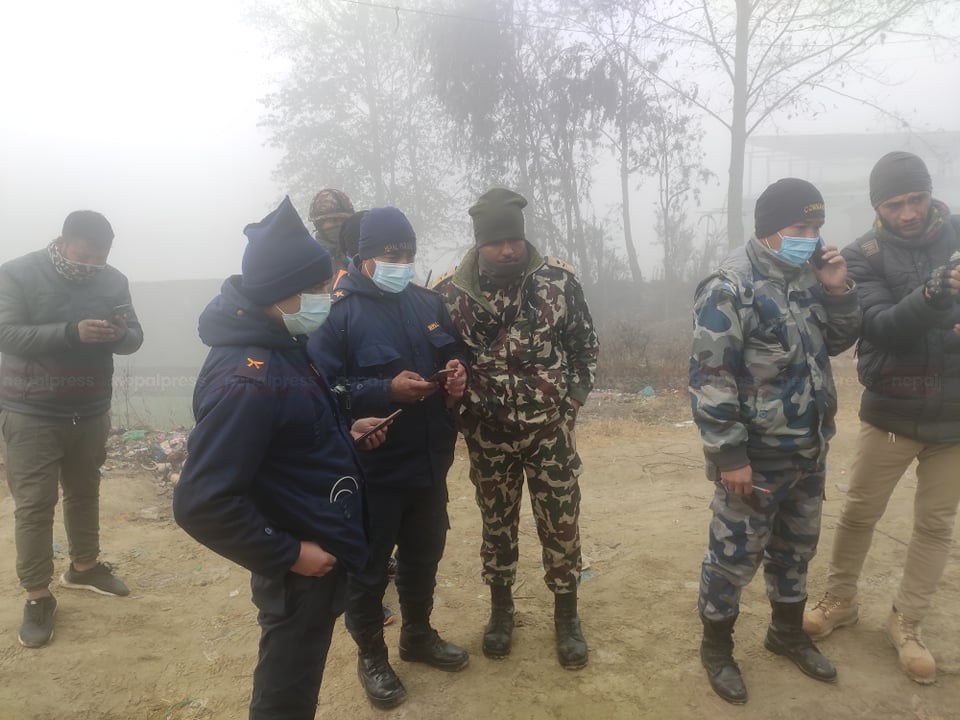 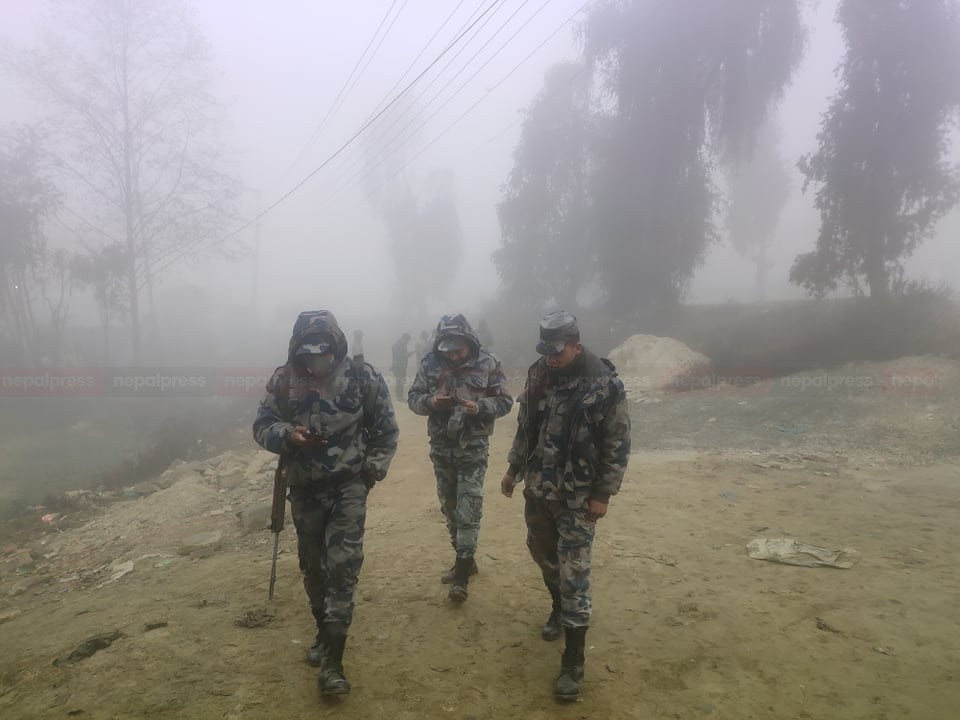 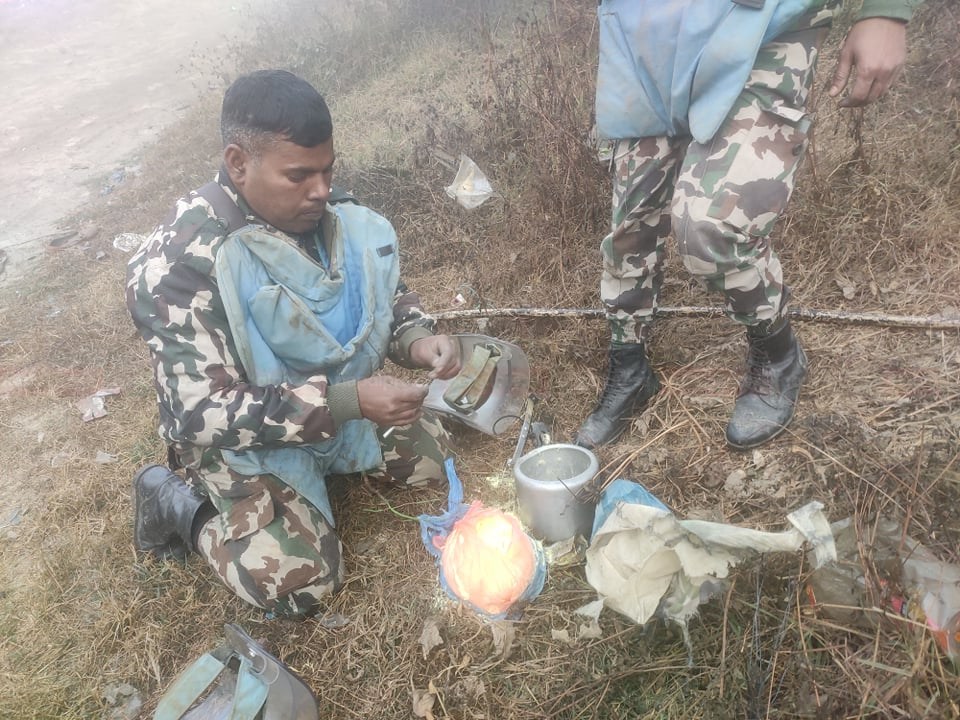 Police conducted a thorough search throughout the Araniko highway and assured a safe passage once all the threats were taken care of. Currently, the Armed Police Force, Nepal Police and Nepal Army are deployed in Kavre for security. 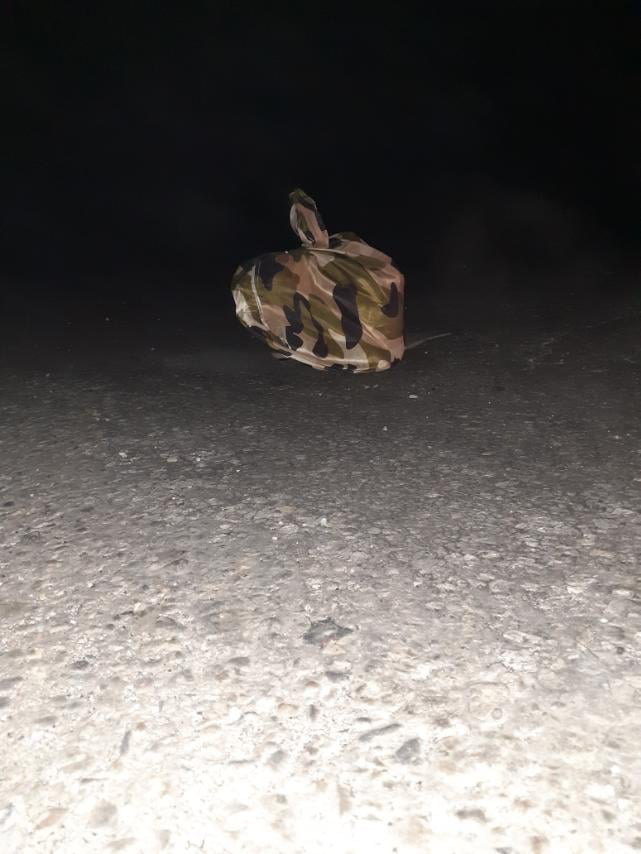