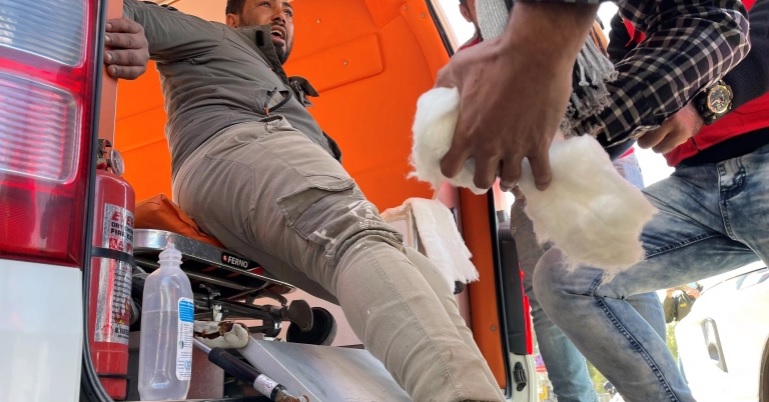 A rare twin suicide bombing killed at least 28 people and wounded 73 others on a bustling commercial street in the heart of Baghdad on Thursday, the military said, rupturing months of relative calm.

Medical sources told AFP news agency they feared the death toll could rise. The health ministry said it had mobilised medics across the capital to respond to the deadly attack.

Military spokesman Yahya Rasool said two suicide bombers detonated their explosives as they were being pursued by security forces.

An AFP reporter at the scene said the bombers had struck a huge open-air market for second-hand clothes in Tayaran Square. 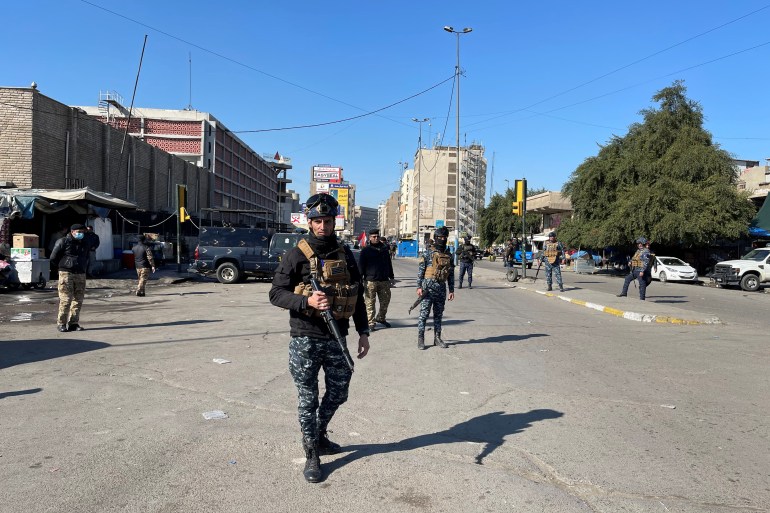 After years of deadly sectarian violence following the 2003 US invasion, suicide bombings have become relatively rare in the capital. The last such attack took place in June 2019 and left several people dead.

Militias have routinely targeted the US presence with rocket and mortar attacks, especially the US embassy in the heavily fortified Green Zone. The pace of the attacks has decreased since an informal truce was declared by Iran-backed armed groups in October.

No group claimed the attack immediately, but suicide attacks have mostly been used by ISIL (ISIS).

Iraq declared ISIL defeated at the end of 2017 after a fierce three-year campaign. But the group’s sleeper cells have continued to operate in desert and mountain areas, typically targeting security forces or state infrastructure with low-casualty attacks.

“This kind of attacks bears the hallmark of IS who have targeted crowded civilian areas in Baghdad with suicide attacks many times in the past,” said Sajad Jiyad, an Iraq analyst and fellow at The Century Foundation think-tank.

“This shows a security failure by the government who have been warned that IS is still active and in recent days have seen it target infrastructure and rural areas with similar attacks,” said Jiyad.

“For Iraqis this is a worrying development which saps confidence in the security forces and adds to the level of tension already present with geopolitical, economic and pandemic issues,” said Jiyad.