MADE IN NEPAL - Made to Conquer

Nirmal Purja updates his feat on Facebook: K2 in winters but No Oxygen!!

In the Climber's own words 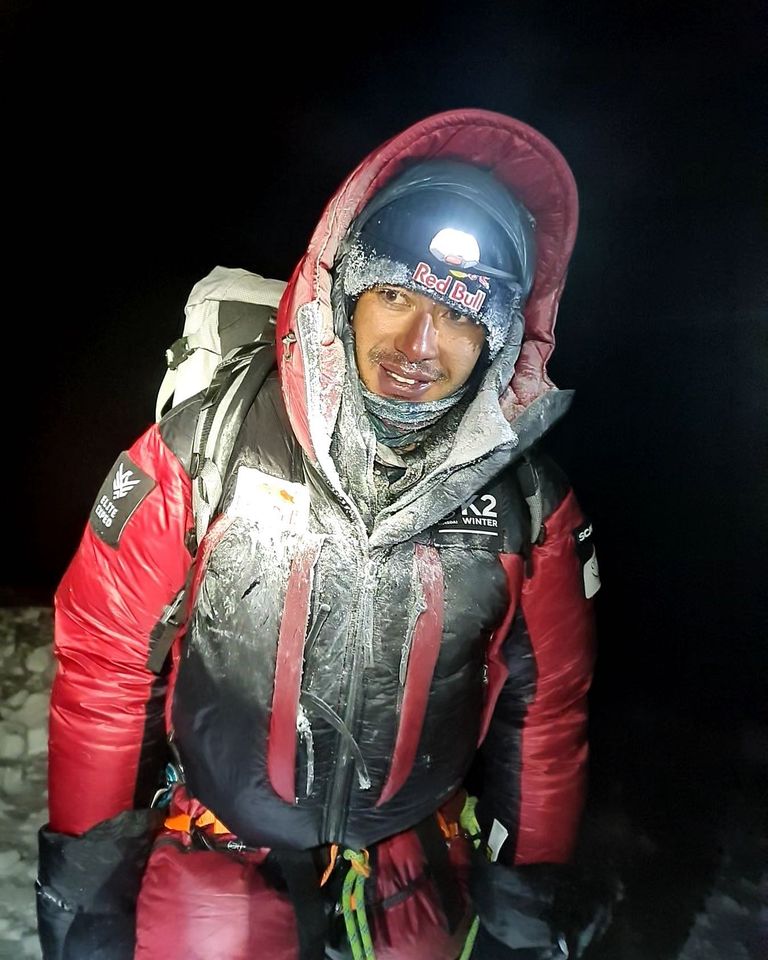 NIMS DAI IN HIS OWN WORDS

K2 winter was a beast of a challenge. I firmly believe that a feat of such caliber is never possible if you don’t have a purpose or if it is only aimed for your own self-glory.

I have always known what my mind and body are capable of. To lay it out straight, on my previous evolutions I had been carrying oxygen from 8000m and above, but I was personally satisfied with my work efficiency up to 8000m. It was my choice and I had my own reasons and ethos.
It was a tough call this time in order to make that decision whether to climb with or without supplementary oxygen (O2). Due to the weather conditions and time frame, I hadn’t acclimatised adequately. I was only able to sleep as high as Camp 2 (6,600m).
Ideally, climbers need to sleep OR at least touch Camp 4 before heading for a summit push.
Lack of acclimatisation,  frostbite developed from the first rotation and slowing down other team members, risking everyone’s safety, were the key uncertainties associated.
The safety of my team is and always have been my top priority above all. I have lead 20 successful expeditions so far and all my team members have returned home the exact way that they had left home i.e. without losing any fingers or toes.
I took a calculated risk this time and I pressed on without supplementary O2. My self-confidence, knowing my body’s strength, capability and my experience from climbing the 14 x 8000ers enabled me to keep up with the rest of the team members and yet lead.
JOB DONE !
K2 IN WINTER WITH NO SUPPLEMENTARY OXYGEN!
There are many cases, where climbers have claimed no O2 summits but followed the trail that we blazed and used the ropes and lines that we had fixed.
Some of which are widely known within the inner climbing community. What is classified as fair means?
Personally, it had never been a major deal for me and it still isn’t.
Coming from a United Kingdom’s special forces background, you have been and done all sorts but we don’t make a big fuss about everything. It is a personal choice. Nature and the mountains are for everyone. You make your own call!