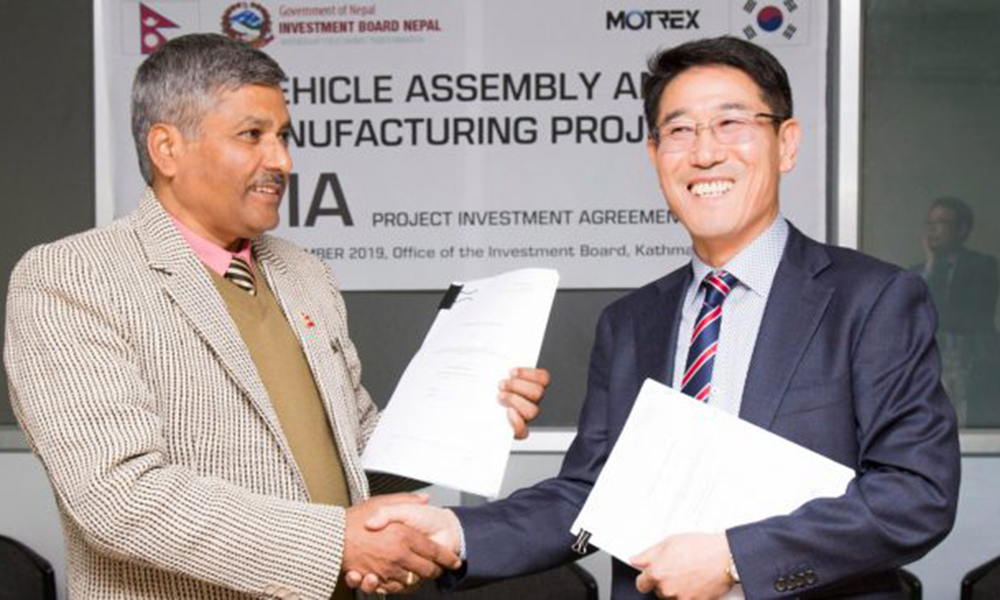 KATHMANDU: It has been two years since South Korean automaker Motrex got approval from the Investment Board to produce vehicles in Nepal. Even 22 months after the government approved the Vehicle Manufacturing and Assembled Plant project, it has not been decided where to set up the company.

It is claimed that the government is taking the initiative to attract foreign investment in Nepal. As a result of the lack of clear and smooth policies, the multinational project of the Korean company is in a state of confusion.

The company has demanded at least 100 Ropanis of land from the government for the plant. So much time has been spent seeking government land. At the time of the agreement, it was said that car production would start from 2021.

Although the Board officials told Nepal Press that they have taken forward the task of managing the land in the industrial area of ​​Motipur in Rupandehi, the industrial area has no information. Dhamendra Kumar Mishra, Spokesperson of the Investment Board, claimed that the land would be made available to Motrex Company in the same industrial area.

Due to such problems, Dagote Cement Company, which had come with a big investment some time ago, had to return. The government has said it will amend the current law to attract foreign investors. However, the officials of the Investment Board admit that there is no homework done for amending the Act.

According to the statistics of the Department of Industry, in the five months of the Fiscal Year 2077/78, foreign investment of Rs. 21.11 billion has been committed in the industries and factories of Nepal.