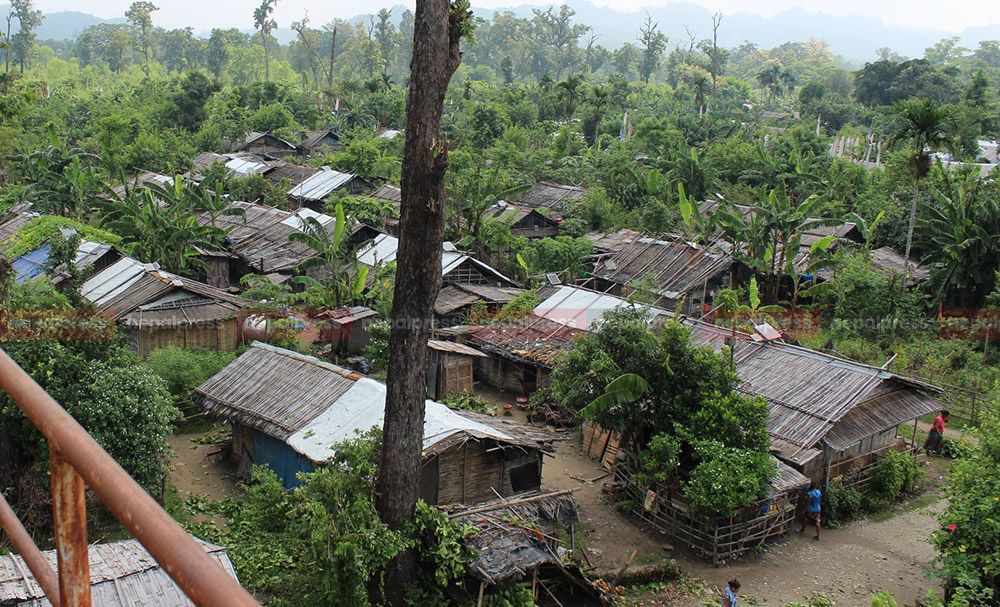 Through the rehabilitation programs, they have been living with their families in the United States, Canada, the United Kingdom, the Netherlands, and Denmark. However, the daily life of single women, the elderly and children inside the camp who have become helpless after family members went to third countries has become difficult.

Bhutanese refugees in various camps in Jhapa and Morang are facing food and clothing problems. Single women, the elderly and children are facing more difficulties as donors have stopped providing food and clothes and their relatives have not provided any assistance. After more than one hundred thousand refugees went to third countries through resettlement programs under the United Nations High Commission for Refugees (UNHCR), many Bhutanese refugees living in the camps demanding repatriation have started to face issues.

Secretary of the Pathari-Shanischare Camp in Morang, Champasingh Rai, said that most of the people living in the camp were elderly, disabled and handicapped. According to Rai, the endangered communities have been forced to make a living due to lack of support from anywhere.

He said that there are 120 people in the camp including the elderly, the disabled and single women. There are 24 helpless children. “There are a lot of old, disabled and handicapped people in the camp,” he said. “There is a hut to live in but there is a lack of cooking gas in the stove, food from firewood and clothes to cover the body. We have to live in the support of our neighbors.

The World Food Program (WFP) has suspended rations after refugees fled to third countries. UNHCR sends a certain small amount to the bank account for the elderly, disabled and single women for normal household expenses every three months.

The camps in Jhapa and Morang, which used to be bustling with Bhutanese refugees, are now deserted. Most have gone to third countries. Only those who have not been able to move to a third country for various reasons are now living in the camps. As the camp area is mostly deserted, it has been converted into a forest by planting trees. Crops have been planted in the Bhutanese refugee camp at Gramani in Jhapa.

There were about 100,000 Bhutanese refugees in the Beldangi, Goldhap and Khudunabari camps in Jhapa. There were more than 15,000 refugees in Morang.

In 1991, the Government of Nepal repeatedly held talks with Bhutan to repatriate refugees who had entered Nepal through Indian territory. However, the Bhutanese government was unwilling to repatriate them. Since then, more than 80 percent of the refugees have moved to third countries, including the United States.

Jhapa’s Birtamode, Damak and Morang’s Pathari markets were also financially prosperous due to the refugees. The labor market was very prosperous in the neighboring settlements. However, this activity is almost over in Jhapa and Morang. Trees have been planted in the vacant camps. As the camps are often connected to the forest, it has been turned into a community forest.

Of the Bhutanese refugees in seven different camps in Nepal, more than one hundred thousand have reached third countries. Of the 106,368 in third-country resettlement programs, 90,358 were resettled in the United States, 6,759 in Canada, 358 in the United Kingdom, 329 in the Netherlands, 875 in Denmark, 570 in Norway and 6061 in Australia, and 1058 in New Zealand.

The United Nations High Commissioner for Refugees (UNHCR) estimates that about 2,000 Bhutanese refugees wanted to return to Bhutan after the third-country resettlement program is completed, and that the rest prefer to stay in Nepal.

According to the UNHCR, there are currently 12,614 Bhutanese refugees in the Shanischare camps in Morang and Beldangi in Jhapa.

“Even though the refugees who have been here for long want to return to Bhutan, this has not been fulfilled,” he said. “The hope of returning home is not alive. After talking to many refugees, the demand for an alternative to stay in Nepal has come to the fore.”