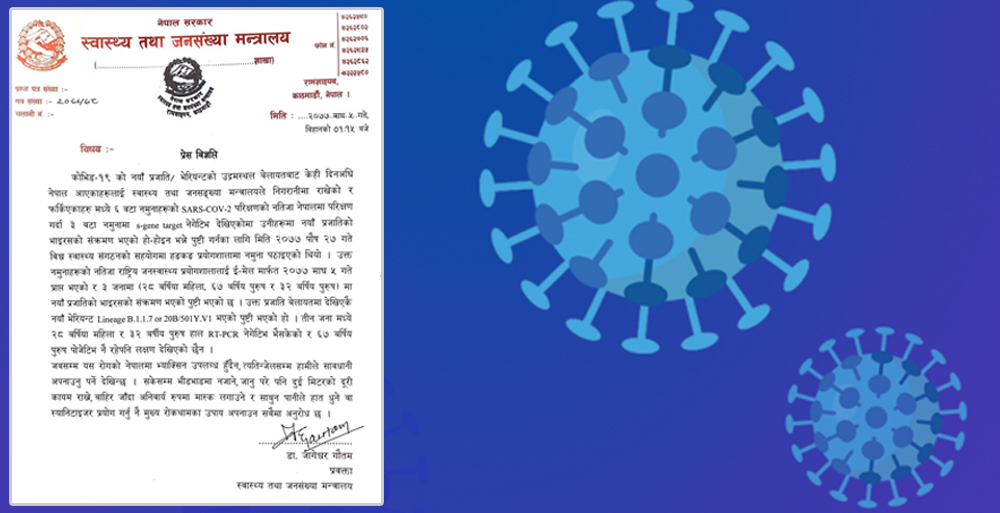 KATHMANDU: A new species of coronavirus has been confirmed to have entered Nepal. The Ministry of Health and Population released a statement on Monday saying the new virus had been found in Nepal.

A new variant of COVID-19 was found transmitted to Nepal from the UK a few days ago. They were sent to a laboratory in Hong Kong on 11th January (Poush 27) with the help of the World Health Organization to confirm whether they were infected with the new strain of the virus.

According to the Ministry, three cases of the new species of the virus have been confirmed in the e-mails received by the National Public Health Laboratory today.

The new virus has been confirmed in a 28-year-old woman, 67-year-old man and 32-year-old man. The species has been confirmed to be a new variant seen in the UK. Among the infected, the 28-year-old woman and a 32-year-old man have already reported negative and a 67-year-old man has still tested positive. However, he did not show any symptoms, according to Ministry Spokesperson Jageshwar Gautam. He came to Nepal from the UK on 14th January (Magh 1). The Ministry has also urged to take necessary health precautions until a new virus vaccine is available in Nepal. 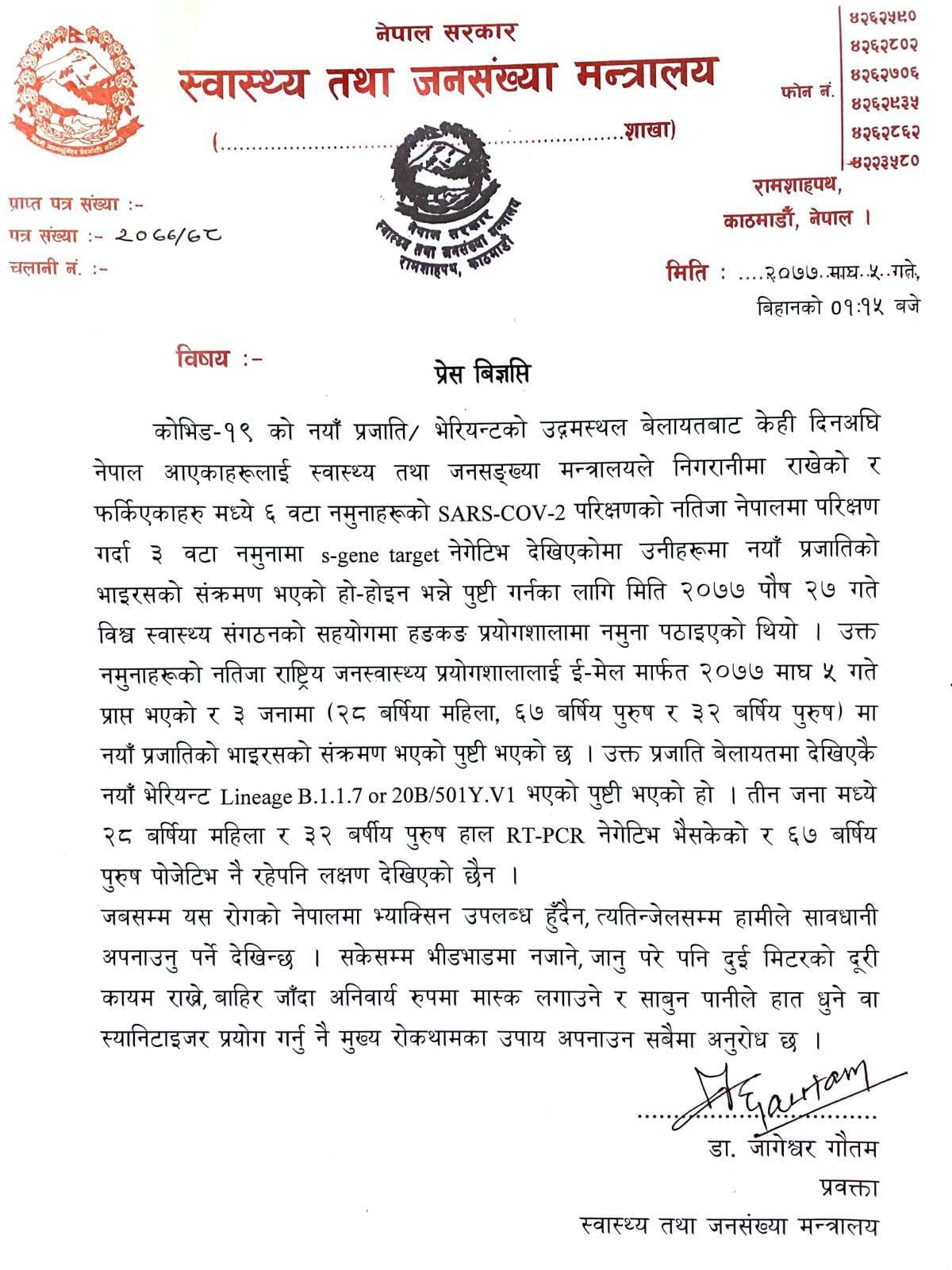