Nepal lags behind in Public Diplomacy

ITAHARI: The official website of the Embassy of Nepal in Brazil is in two languages. The website makes it convenient for visitors who use the English language as well as Brazil’s national language, Portuguese. Established on January 21, 2010 in Brasilia, the capital of Brazil, the Nepalese Embassy uses two languages on its official website. 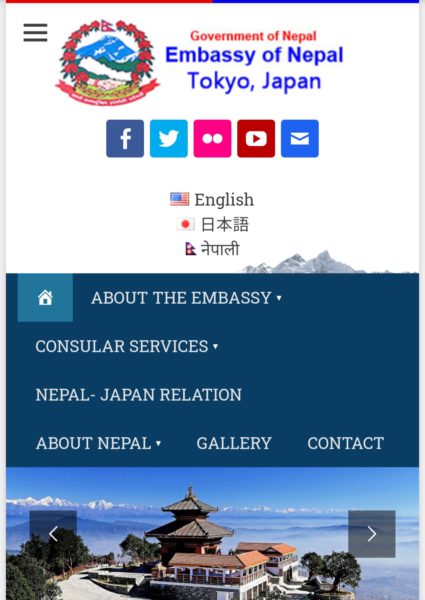 Similarly, embassies of Nepal in China and South Korea also use local as well as English languages. The website of the Nepalese Embassy in Beijing established in 1961, can be viewed in Chinese and English languages.

Apart from Chinese used in the Chinese embassy, Nepal has not used Spanish, Russian, Arabic or French. Even in the Embassy of Nepal in Spain, Russia and France, only English is used.

Embassies of Nepal in four countries of the 30 residential ones are multilingual. However, the websites of any of the six consulates of Nepal are not.

Even in the embassies of Qatar, UAE, Saudi Arabia, Oman, Kuwait, Bahrain and Egypt where Arabic is the main language, only English is used. 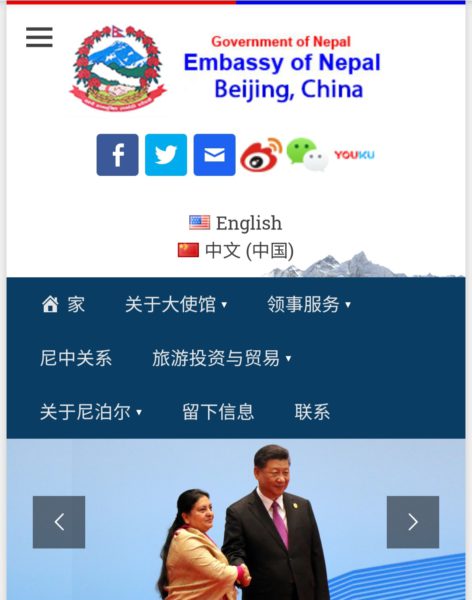 ‘Public Diplomacy’ and ‘Digital Diplomacy’ are major points raised in the new foreign policy recently introduced by the Government of Nepal. However, neither of these features is reflected on the website.

Apeksha Shah, an associate Professor in the Department of Foreign Relations and Diplomacy at Tribhuvan University, says that providing the official website in the language of the country where the embassy is located is also public diplomacy or digital diplomacy. According to her, websites in English, Nepali and local languages will make it information exchange more convenient.

“Including the language of the country concerned makes it easier for citizens of that country to have access to relevant information. When the Nepali language is used, it is easier to get the necessary information about the country where Nepali workers are working,” says Shah, “Public and Digital Diplomacy are enhanced when multilingual websites are used.” 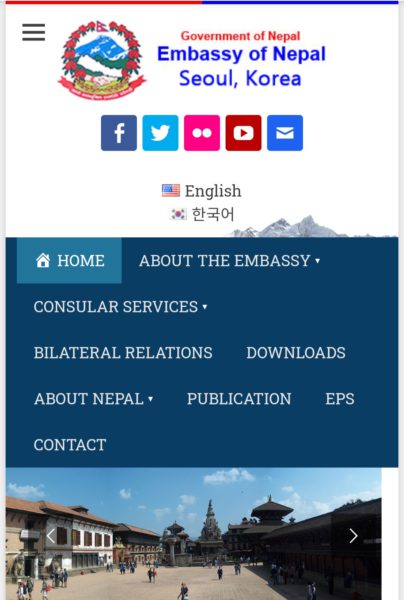 Shah says that the Nepali language should also be used in the embassies of the countries where Nepali workers go. She said that during the rescue operations in the COVID-19 pandemic, many Nepalis had heard of language problems on the embassy’s website. “It is best to have multilingual languages, from all aspects.”

Spokesperson of the Ministry of Foreign Affairs Seva Lamsal admits that there is no linguistic uniformity in the websites of Nepali embassies in different countries. Lamsal, who is also a Former Ambassador to Pakistan, said the embassy’s website should be monolingual or multilingual, depending on the needs of the embassy country. She told Nepal Press, “Work will be done according to local needs and human resources.”