Mt. K2 at 8611 Metres : Unconquered in Winters, Conquered by Nepal

The Winter Death K2 is defeated by Nepal’s best 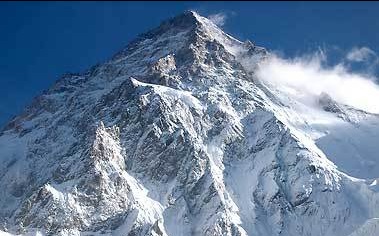 From atop the impossible peak Mt. K2, types the valiant Nirmal Purja on his satellite device and through his website and Facebook, the story is relayed to the world. Read it in his words:

At 17:00 hrs local time Nimsdai and team summited K2, teaming up with Mingma G and team and a member from SST, Sona Sherpa.

A very special moment. The whole team waited 10m below the summit to form a group then stepped onto the summit together whilst singing our Nepalese National Anthem. We are proud to have been a part of history for humankind and to show that collaboration, teamwork and a positive mental attitude can push limits to what we feel might be possible.’

Their story of valour prior to that:

It is not the crackling of a wireless set or a flashlight signalling in morse code – it is Nepal’s intrepid mountaineers posting to Facebook with their satellite BGAN terminals. Everything has gone really high-tech, except the fact – that during wintertime, out of all the peaks in the world that are over 8000 metres, 13 have been conquered and only one remains, the K2 in the Karakoram Himalayas in Pakistan. This is a challenge that technology cannot beat. Only lionhearts and most gallant will ever set foot. Battling the rarefied air, the minus 50-degree temperatures and the uncertainty of crevasses or blizzards are 10 valiant Nepali mountaineers who have reached the highest point ever on the punishing mountain.

K2 in winters is the mountain of death – refusing to bow to the wishes of any mountaineer, howsoever high and mighty. At 7800 metres, the Nepali team has already reached the highest point ever on Mt. K2. The loads they are carrying are 35 Kgs plus per person, the air is thin, the temperatures are low enough to freeze everything yet after the ascent to 7600 metres yesterday – the team has reached 7800 today. Right now, they are fixing the lines to make the final ascent to the top.

Former British Special Forces soldier, Nepali climber Nirmal “Nims” Purja, who created a new record last year for taking the shortest time to climb all 14 of the world’s 8,000-meter-high mountains, is also a part of this expedition as he plans to make a parachute descent.

GRAND FINALE: They have finally conquered the steep and deadly rockface, 300 metres below the summit, that claimed the lives of 11 mountaineers in 2008. Winds blow at a couple of hundred kilometres and avalanches press on with hundreds to tons of deadly ice and snow without notice, but they cheated death and have made Nepal and Nepalese proud!

Nepalese atop Mt.K2 crash through the final frontier of mountaineering and Nirmal Purja makes it to an all-time hall of fame conquering 14 peaks over 8000 metres in 7 months.

MEANWHILE, TRAGEDY BEFALLS A SPANISH CLIMBER ON THE SAME MOUNTAIN.