Crashed Indonesian Boeing had not flown for a while 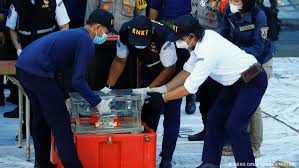 Blackbox recorder fished out by divers

WSJ has reported that the Sriwijaya Air jet that crashed on Saturday didn’t fly for nearly nine months last year, with air travel severely reduced because of the coronavirus pandemic, Indonesia’s transportation ministry said, as search crews pulled one of the plane’s so-called black boxes from the Java Sea.

The Boeing Co. 737-500 was inspected and declared airworthy before resuming flying operations, the ministry said.

The Indonesian carrier’s aircraft with 62 people on board went down minutes after taking off from the country’s capital, Jakarta. Divers and search crew, who grappled with sharp debris and low underwater visibility, managed to recover the plane’s flight-data recorder on Tuesday, an important early step in uncovering why SJ182 crashed.