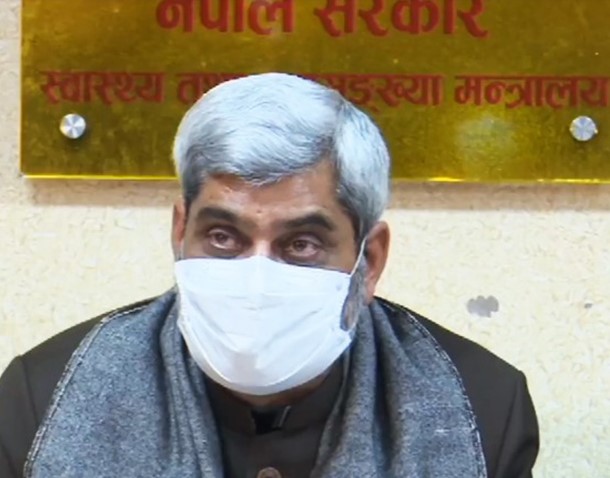 KATHMANDU: The Government of Nepal has informed that it is in discussion with India, Russia and the UAE to bring in the COVID-19 vaccine to Nepal. Speaking at a press conference at the Ministry of Health on Monday, Health Minister Hridayesh Tripathi said that the vaccine would arrive soon in Nepal. He informed that discussions are underway with the ambassadors of the three countries about the procedure and transportation.

Tripathi reiterated his commitment to providing free vaccines from Covax, initially to 30 per cent of the population and through procurement to another 30 per cent. “We are discussing with the heads of government of those countries where the vaccine is being developed to supply and distribute it soon. I myself am talking to the ambassadors of India, Russia and the UAE. We are trying to bring in as many supplies as possible.” Tripathi said

Minister Tripathi said that the supply and distribution of vaccines coming from Covax is taken as a campaign and a mission.

Stating that 16,000 vaccination centres will be mobilized for vaccination, Tripathi said that 5,000 staff and 52,000 volunteers will be deployed for this purpose. Vaccine storage is adequate, he said. Stating that the risk remains the same despite the reduction in the infection rate, Minister Tripathi also urged everyone to be vigilant.