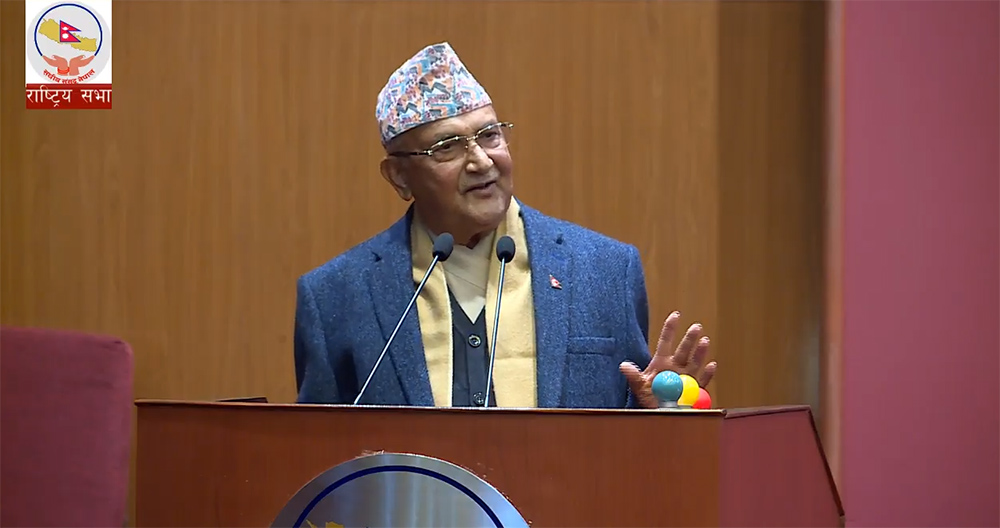 KATHMANDU: Prime Minister KP Sharma Oli has announced that he will officially reclaim the area from Kalapani to Limpiyadhura not only on the map but also in practice, as belonging to Nepal.

Addressing a meeting of the National Assembly on Sunday, Prime Minister Oli said that Nepal’s territory established by the Sugauli Treaty would be re-established through friendly discussions. Oli added that some people have gone against him after including their land on the map and amending the constitution.

The Prime Minister said, “Our territory, which had been occupied for 146 years after the Sugauli Treaty, disappeared from the map after the Indian Army landed in Kalapani. We included it in our map for the first time and put it in the constitution. Now the discussion is being held in a friendly manner on the basis of facts. We will reclaim that territory. Ownership will now not only be on the map but also in practice.”