WAKE UP CALL FOR ‘OLI’TICS! 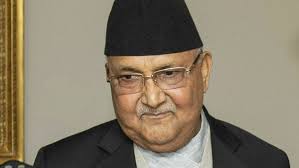 The dust has settled in Kathmandu. With the opposition not getting into any effective plan of action against the ‘Oli’-garchy, the development needs to be examined with a strictly strategic lens. It is not only a matter of constitutional morality and legal correctness, or even a matter of public perception inside Nepal. But as international observers are pointing out in measured tones, any drastic act of this magnitude needs to consider geopolitical realities. No PM in Nepal must ever lose sight of this simple fact. An unstable state is always a weakened state, and disunity and fragmentation among the ruling elite have never made any nation stronger. Looking hassled, hounded by political opponents and vulnerable – to win over domestic voters is a ploy that PM Oli has often used. But using the same ploy with the two ‘boulders’ who are in a pre-war like posture, is not indicative of geopolitical maturity.

Many arm-chair warriors are peddling free and fair advice. But good advice and feedback from thinkers and intellectuals should not always be frittered away just because it is free. Political discourse and one-upmanship, has become very shallow and limited in its ability to see things as incisively as national interest requires. We can only ask the politicians to make the best possible use of the resourcefulness and acumen of their critics.

First and foremost, its common knowledge that the present government has taken many measures to annoy our Southern neighbour. The argument is not about the correctness or otherwise of the said moves; the logic lies in not making ones’ government vulnerable when you have drummed up friction. It is neither child’s play,  nor wise to take situations less seriously than they are. While there may or may not be tacit support to the house dissolution by outside actors, as some argue; but what must not be forgotten is that it is never worth getting ‘support’ from a neighbour, that may be capitalising on that very mistake. After all, the feud was an internal matter of the ruling party. Of course, this is only an exercise in conjecture and hypothesis, as the truth is known to the privileged few. But there is no guesswork in imagining who benefits from a rudderless Nepal. That the opposition has been effectively silenced shows signs of smart political management. But why create a ruckus that is entirely avoidable? After all, everyone knows that with a steady stream of international envoys and high powered messengers, both from the North and South seemingly engaged in soothing frayed nerves (or playing upon them) as per their needs. Why become a perpetual pawn in the global game?

The China-US rivalry for global hegemony, the Indo-China border dispute almost on the edge of the precipice and the raging Covid – Isn’t that clear and visible to all concerned? Strong nations are dented and bruised. There is so much more on the plate than the conflicting political aspirations of two leaders vying for the reins of Nepal’s government. The problematic circumstances are definitely bigger than the combined length of two warring ‘noses’, with neither side willing to look beyond theirs.

Secondly, like the rest of the world, Nepal grapples with the shut down of international tourist arrivals and decrease in remittance income. When the tourist industry is dead, at such a time, does the decision to spend thousands of crores on elections sound prudent? Are increasing joblessness and contracting economy not more pressing issues compared to political survival? Against this backdrop, the task of Covid vaccination itself is very challenging both financially and logistically. Both the availability and cost of the vaccine are issues that need the state’s financial might to address. Like the embattled Benjamin Netanyahu of Israel, who is spearheading Israel’s fast track vaccination –  it would have certainly given PM Oli an added aura of providing much needed public service had he focused on vaccination rollout. Nepal’s leaders badly need to get out of the ‘foreign-aid’ mentality. In the post-Covid world, even the most powerful nations have too many problems at home to think about before they even think of Nepal. Look at where the US is today, or the UK for that matter. Both China and India have a huge domestic population and contend with the pandemic and a host of other issues as we speak.

While on the one hand, PM Oli was seemingly appealing to the nationalistic sentiment by bringing up the border issue with India, with this reversal, he has lost the momentum that he was seeking to create. Any sympathies that he may have garnered domestically on the issue stand negated because every commoner knows that this is the time for PM Oli to stay low. Governance is a matter of performance and not rhetoric.  The picture that emerges from a daily reading of the news is that Nepal has two or three overgrown children as leaders fighting for the crumbs. And the battle is purely one of the ego’s and possibly, the conflict of interest of garnering the ill-gotten gains of misgovernance and corruption. Anyone who has it in him to provide good governance and stop corruption can probably last as the PM forever. But with the puerile display of the present political dispensation, clearly, they will keep fighting and baying for each other’s blood. Ask any educated young Nepali, their favourite pre-occupation today is to get the ‘hell’ out of here. I know that is not going to ignite any politicians’ sense of shame for their unconscionable acts that have brought Nepal to this. After all, they have the best set of deaf ears. The only thing that remains common to politicians in high office is their pettiness, while the names change but the traits persist. O How much does Nepal yearn for Prithvi Narayan Shah to return!!