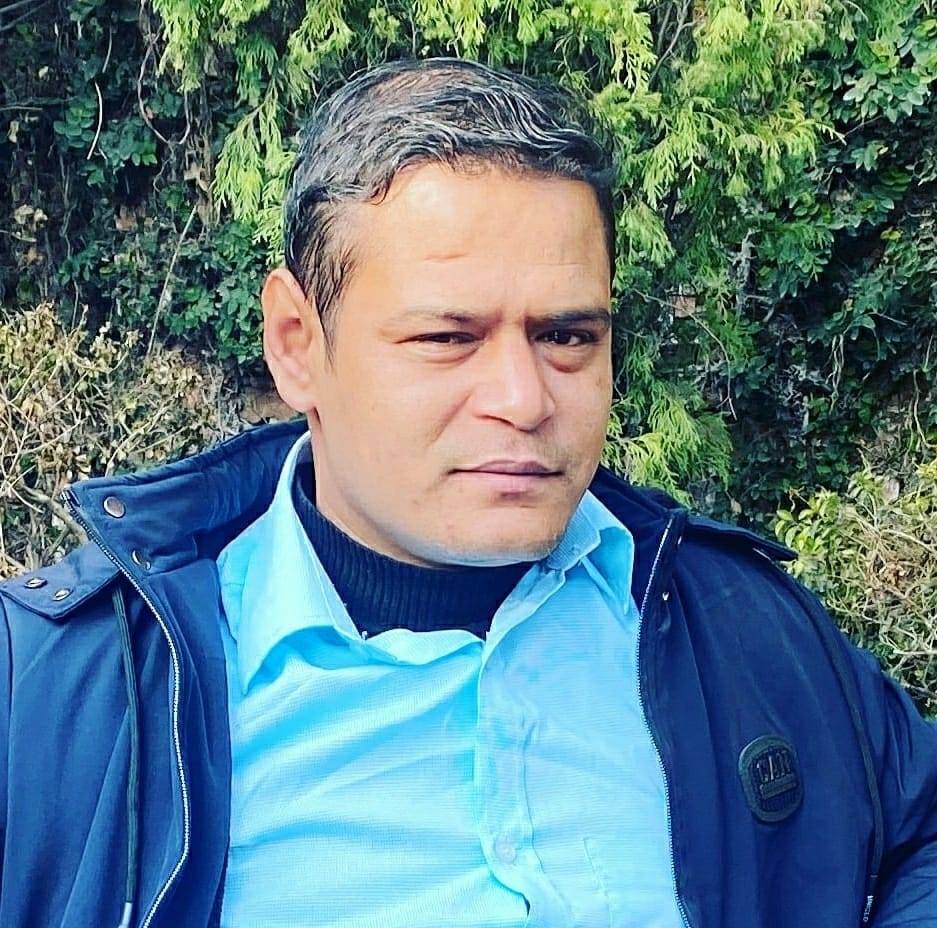 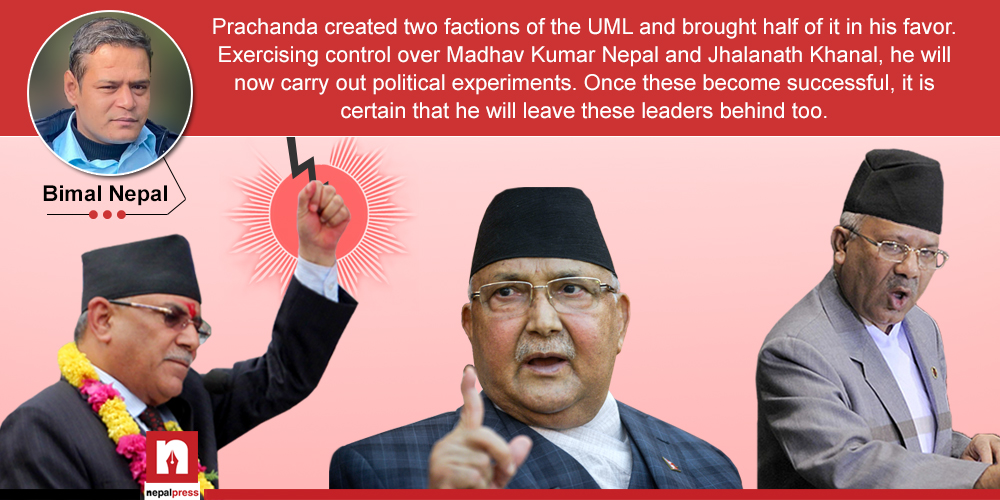 The ongoing debate in leftist political circles is if the CPN underwent a divide or the UML split into two. Many had speculated that the UML would break apart if the CPN splits, but it seems that the current Maoist line shall remain united under Prachanda’s leadership.

Even though the Maoists also apparently split, it would not be wrong to say that the political party with the most organized structure from the bottom to the top – the UML, has broken at its very core. The UML, which has the most organized and bureaucratic structure in Nepal and has established enviable relations with the public, has split.

The agreement reached between the present UML and the Maoists for the sake of power has been branded as party unification. In essence, the said agreement influenced by two power-hungry party leaders was wrong in itself. In order to be a political party, ideas and ideologies are required. No political ideology was nestled in the given unification and it was like a merger between two companies, that too without regard to profit, loss, contributions and history.

In the illusion of being empowered by this unification, Chairman KP Sharma Oli said, “You can not distinguish waters in the ocean by the rivers they come from”. Referring to the two chairmen within the same party, he said, “It is natural to have two pilots in a jet plane.” Prachanda agreed with Oli, and added to his words.

However, as it looked like they had come to an agreement, ulterior motives had already started coming into play. The phenomenon of bringing each other down had begun, as the dramatic unity was heavily based on the overambitious play for power as both leaders were influenced by personal avarice.

Joining the UML was a golden opportunity for Prachanda, who could not win the election from any constituency in the country. After becoming the largest political party in 2064 after initiating a war that lasted for 10 years, the Maoists have now reached their all-time low.

Prachanda sought support from the UML once he was convinced that he would be swept off the entire country, and became an obstacle to Oli to gain the majority vote in order to become the Prime Minister as despite the local level elections considered UML to be a large political party, Maoists’ assistance was required to gain the majority vote. Hence, Oli and Prachanda, with their mutual hunger for power, staged a ‘surprise unification’ by misleading other leaders and activists.

Currently, discussions that the CPN has or is about to break apart are going around. However, it is clear that there was no core unity between the UML and the Maoists. Nothing can break without being whole, so wouldn’t it be wrong to label this a split?

It cannot be said that the CPN has split. Instead, Prachanda infiltrated the UML and vandalized it badly, generating a context in which leaders like Madhav Kumar Nepal and Jhalanath Khanal could take pride in rebelling against the UML.

It is now further proven that Prachanda is a cunning and tactful player. He created two factions of the UML and brought half of it in his favour. Now, he will challenge Oli for some time by exercising control over Madhav Kumar Nepal and Jhalanath Khanal. Yet, it is certain that this will not last long.

Madhav Nepal, who advocated for ‘Ek Pad Ek Byakti’ (One person per post) in the past, is taking pride in being Chairman under Prachanda and is cursing UML leaders and cadres, joining hands with the Maoists.

How wounded organic UML cadres, who fought against Maoist atrocities in the past, must be at present, watching Nepal curse Oli by befriending Prachanda! Those who became part of the UML by speaking for multi-party democracy now have to praise the ‘Prachandapath‘, also synonymous to extremism. Politics – how ruthless it can be!

President Bidhya Devi Bhandari dissolved the parliament on the recommendation of Prime Minister KP Sharma Oli. Along with the Prachanda-Madhav faction, some others have called the dissolution of the parliament a regressive step and are waging street struggles demanding the restoration of parliament.

With this, it has become evident that Oli dissolved the parliament itself after receiving a hint that the Prachanda-Madhav faction is about to file a no-confidence motion against him.

It was not right to dissolve the parliament due to conflict within the party. However, is the dissolution of the parliament a product of the dire political context, or a regressive move? This debate is still alive. After attempts were made to sweep him out, Oli acted on his aggression and dissolved the entire parliament.

In essence, Prachanda-Nepal also acted on their biased greed for power to not rest until Oli was removed. They are not worried about the country and the people, they only wanted to rise quickly to power. After the dissolution of the parliament, they do not possess the confidence and strength to wait for and win the election.

Even if Prachanda does become the Prime Minister by removing Oli,  political stability shall not exist in the country. The same games and chaos will continue to take place. Although dissolving parliament was not the right move, it is not a non-political step. This is the ugly truth of the parliamentary system, based on the past as well as international practices.

This faction will not become a pioneer by appointing Prachanda as the Prime Minister, Jhalanath Khanal as the President and Madhav Nepal as the party Chairman. Their perception of becoming revolutionaries if they receive their share of power and position or pioneers if they don’t is wrong, in itself.

What is interesting is that even those against the parliamentary system who advocated for revolution-induced socialism are now aggressively speaking for the restoration of the parliament. For them, this is a wonderful opportunity to introduce socialism. However, they are suffering from the compulsion to oppose Oli to cash in on public sentiment.

Revolutionaries who see ideas contrary to them and their beliefs as wrong must also be established through elections, which is the obligation of the present system. We should either be able to fight against the current system or accept the dissolution of the parliament as a political event.

It is clear that elections will be held in April or shortly after if the verdict is in favour of dissolution of the parliament. But what happens if the contrary decision is taken? Obviously, a motion of no confidence will be raised against the Prime Minister. Oli will be removed and Prachanda or Madhav Nepal will become the Prime Minister. The President may be impeached, and Jhalanath may be made president. Bhandari and Oli may be replaced by Dahal, Nepal or Khanal.

However, what will happen to the country and its people? Absolutely nothing.

It is the people that get crushed between the power struggles of leaders, and the country that will be backwarded. Thus, there is no need for provocative protests or blind support. Our political system itself is unworthy and corrupt. Or, if the system itself cannot be deemed right or wrong – it is the exercise that is important. In this sense, our leaders are such exercisers.