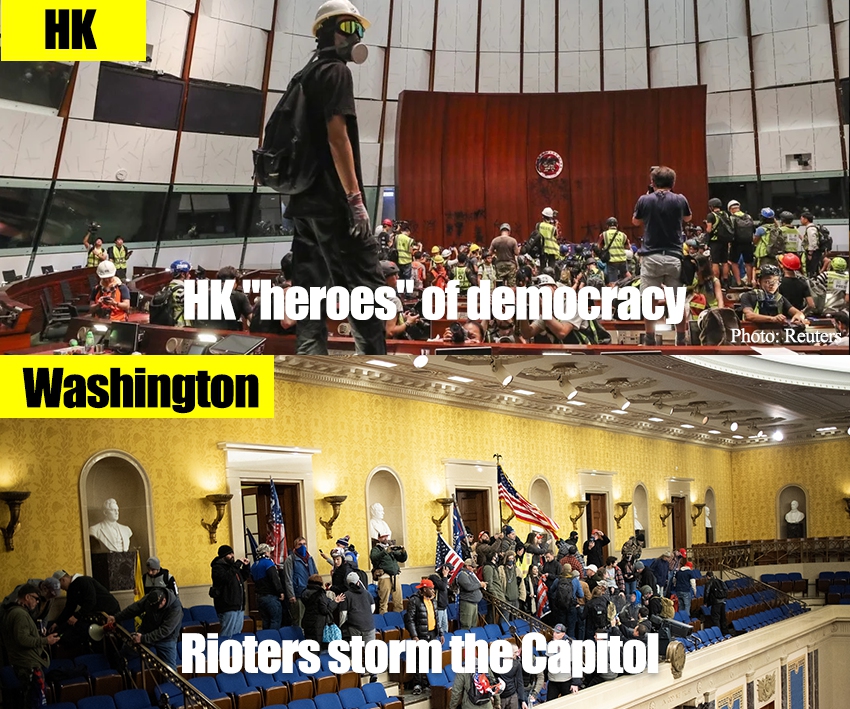 China is in splits, seeing  America’s democracy in tatters after President Donald Trump’s supporters broke into the US Capitol, likening the chaos to the Hong Kong anti-government protests of 2019.

It wrote – “Beautiful landscape” and “America Spring” became hot words online in China to mock the double standards and hypocrisy of the Trump administration and some US Congress members, as well as US media outlets, for being critical towards their domestic demonstrations but encouraging violent activities in Hong Kong.
Chinese experts noted that if US politicians understood that if they encourage violence in another country, their words might backfire on them one day. They would probably “think twice” before commenting again on the Hong Kong turmoil in the future. 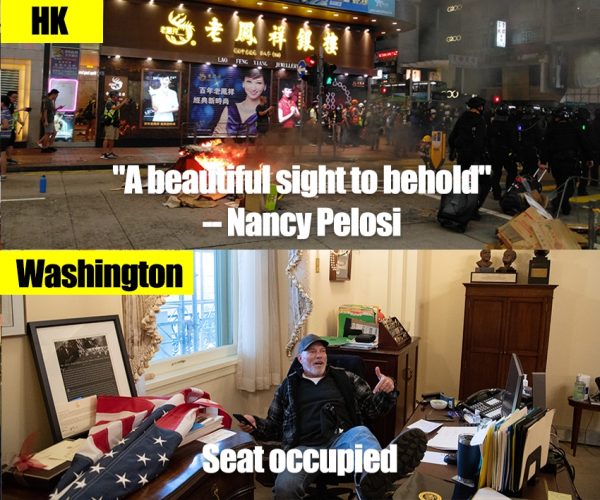 China’s Communist Youth League also seized the opportunity by calling the unrest a “beautiful sight” on the Twitter-like Weibo platform.

The hashtag “Trump supporters storm US Capitol” pinballed across Weibo on Thursday, getting 230 million views, as users compared the global support for Hong Kong’s protesters with the outpouring of condemnation for the pro-Trump mob.

“At present, all European countries’ leaders have shown double standards and condemned it (Washington rioting),” read one Weibo comment which gained over 5,000 likes.

“I don’t know what kind of double-standard reports will be carried by Hong Kong or Taiwan media this time.” 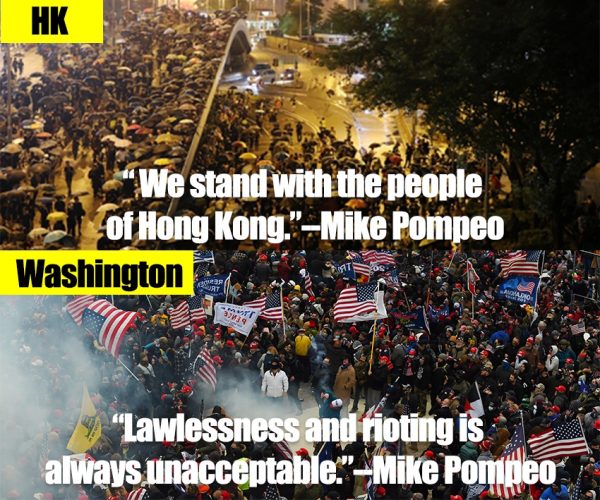 “What happened in the Hong Kong Legislative Council last year is being repeated in the US Capitol,” wrote another user in a comment with over 4,500 likes.

Hong Kong protesters broke into their legislature to demand full democracy and halt an unpopular bill that was being pushed through by the city’s unelected leadership.

The semi-autonomous Chinese city is not a democracy, the cause of years of popular protests.

In contrast, those storming the US Capitol were trying to overturn the results of what has been declared a free and fair presidential election.

US President-elect Joe Biden said the US rioters were undermining democracy by trying to overturn Trump’s defeat in November’s election.