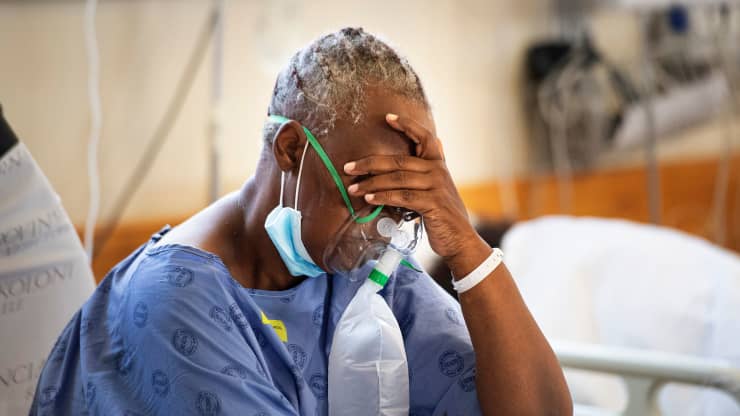 A dangerous, highly transmissible variant of Covid is rampaging through the U.K. and spreading all over the world.

LONDON: A variant of the coronavirus identified in South Africa is more problematic than the mutation found in the U.K., Britain’s health minister said Monday, as both strains spread rapidly.

“I’m incredibly worried about the South African variant, and that’s why we took the action that we did to restrict all flights from South Africa,” he told the BBC’s “Today” program.

“This is a very, very significant problem … and it’s even more of a problem than the U.K. new variant.”

Both countries are struggling with a surge in Covid-19 infections, which have been attributed in large part to mutations in the virus that make it more transmissible.

Experts note that while the new variant spreads more easily, it does not appear to make it deadlier. Nonetheless, the U.K.’s hospitals are under pressure from a dramatic rise in infections and admissions.

Questions have been raised over how the coronavirus vaccines will work against the new variants.

Several experts have said they expect vaccines — such as those from Pfizer and BioNTech, and the Oxford University/AstraZeneca — to protect against the new strains.

Earlier in December, WHO chief scientist Dr. Soumya Swaminathan tried to allay fears over the variants, telling the BBC it was “very unlikely” that the latest mutations would cause the current vaccines not to work. The WHO has said further investigations are required “to understand the impact of specific mutations on viral properties and the effectiveness of diagnostics, therapeutics and vaccines.”

Dr. John Bell of Oxford University said Sunday the variant identified in South Africa was worrisome in this regard, however.

“They both have multiple, different mutations in them, so they’re not a single mutation,” he told Times Radio. “And the mutations associated with the South African form are really pretty substantial changes in the structure of the (virus’ spike) protein.”

He said there were questions as to whether the Pfizer/BioNTech and Oxford University/AstraZeneca vaccines would be “disabled” in the presence of such mutations.