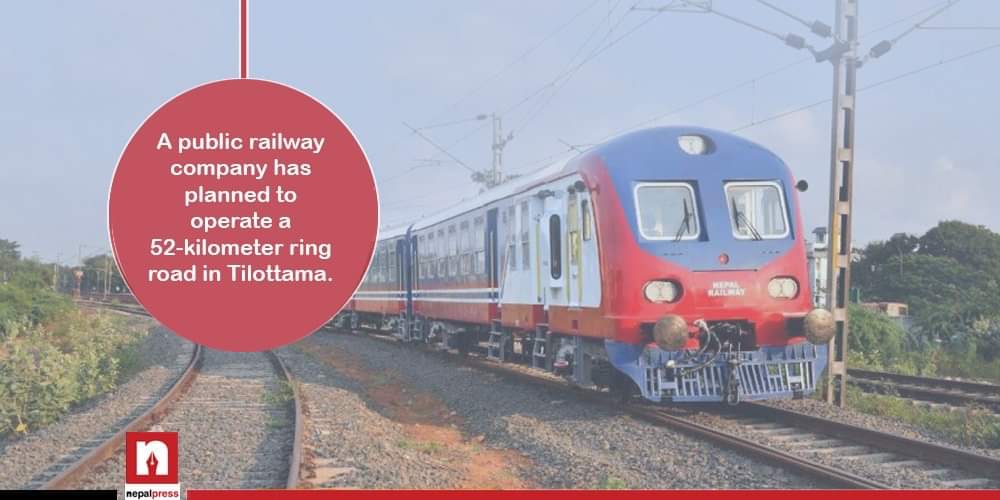 The Detailed Project Report (DPR) of the Municipal Ring Tram Railway was made public in Tilottama on Sunday. A public railway company has planned to operate a 52-kilometer ring road in the Municipality.

Speaking at the DPR publicizing program of the tram railway, Chief of Tilottama Municipality Basudev Ghimire expressed his commitment to provide assistance for the train.

He said that the Municipality is ready to provide financial assistance to remove obstacles in the construction of the railway and that the 14-kilometer road from Yogikuti to Rohini river reservoir will be operational within two years. He also stated that the tramway would be important in terms of agriculture and tourism.

Bhola Sharma, manager of a public railway company in Tilottama and former general manager of Nepal Railway Company Janakpur, said that the railway would be operated after construction is completed as per the municipality’s co-ordination. He informed that there will be no obstruction and noise on the road after the operation of the train and also that there will be no impact on the environment.

Since the tram is a tourist train there will be no obstruction to human settlements, according to Sharma. Even if there are problems on the road, the train can easily be stopped. He claimed that there would be no financial obstacle in the construction of Tilottama train.