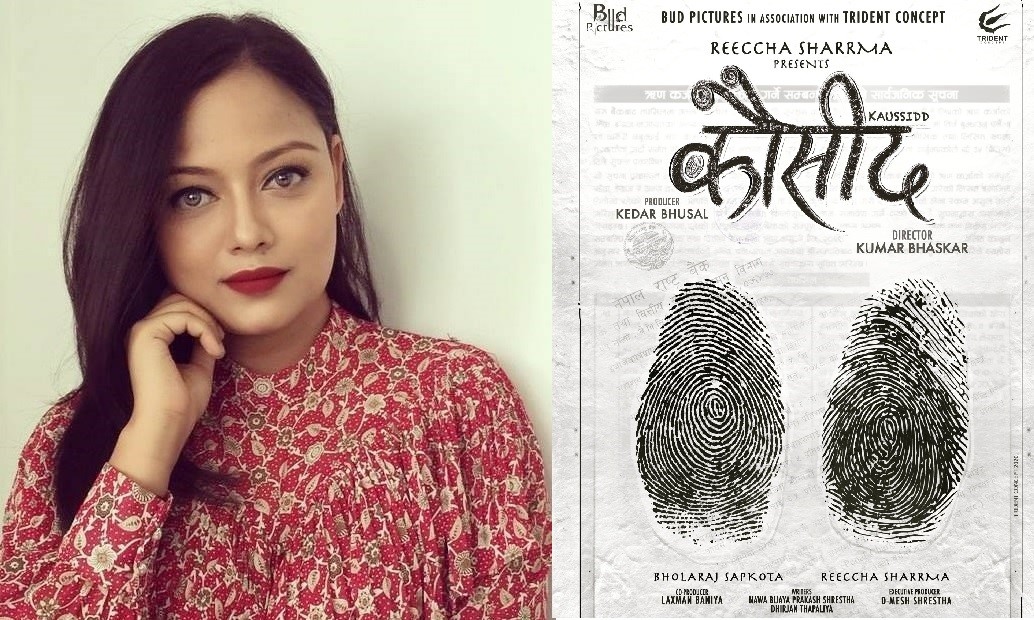 Richa Sharma, known for her versatile performances, has announced a new film on New Year’s eve. Launching a thematic poster of the film on Facebook on Friday, she shared the upcoming movie named ‘Kauseed’. From the poster, it appears that the film deals with the issue of a man reeling under a bank loan.

The film, directed by Kumar Bhaskar, will be produced by Kedar Bhushal. As shared by Richa, Dimesh Shrestha is the executive producer and Laxman Bania is the co-producer. Richa and Bhola Raj Sapkota will play the lead roles in the film scripted by Nav Vijay Prakash Shrestha and Dhirjan Thapaliya. Bhola Raj has acted in the acclaimed Bollywood film ‘Barfi’.

Richa, who has already made films like ‘Aadha Love, Virsa Girl and Sunkesari’ said that she will infuse ‘Kauseed’ with new vigour and enthusiasm. The start date of filming has not been announced yet. Nishal Poudel will shoot the film. Gurung will edit. Niranjan Shrestha, Rupesh Dahal, Nirbhik Bhattarai, Sadiksha Gautam are also reportedly on board.