Prachanda-Madhav Nepal in Paris Danda, not waiting for the Congress to start protests 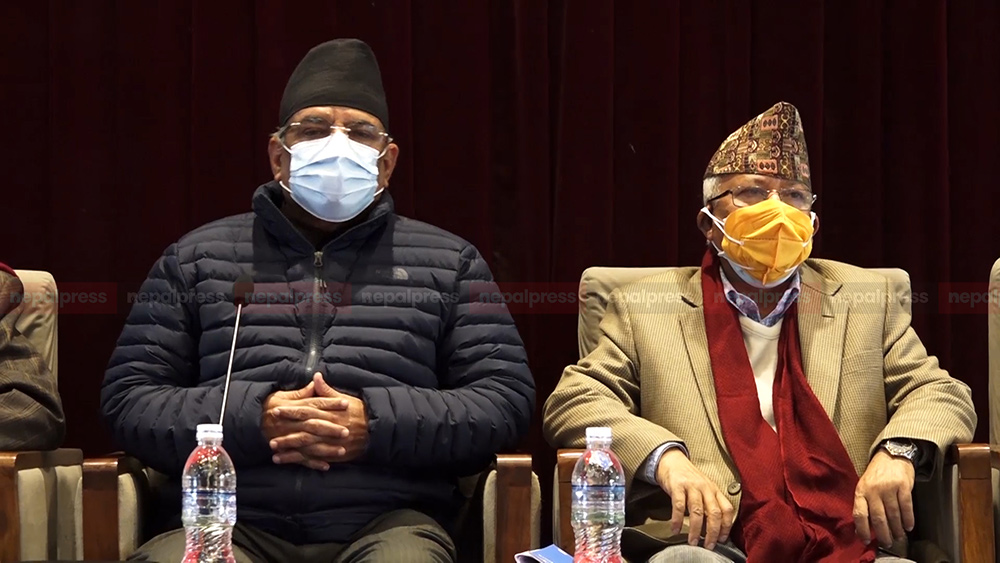 The Prachanda-Madhav Nepal-led CPN, who had proposed a joint protest of anti-Oli parties for the restoration of the House of Representatives, is about to declare a second phase of individual protests.

The leaders, who have been in discussion for a few days about the joint protests with parties including the Nepali Congress, are moving ahead with the protests by themselves as the possibility of the Congress joining is decreasing due to institutional decisions.

A meeting of the mobilization committee led by Narayan Kaji Shrestha has started at 11 am at the central office in Paris Danda to make decisions about the second phase. Chairmen Pushpa Kamal Dahal Prachanda and Madhav Kumar Nepal are also participating in the meeting. Leader Yogesh Bhattarai informed that the plans of the protests will be made public through a press conference today itself.

The Prachanda-Madhav-led CPN (Maoist) has concluded that the movement should not be slowed down by waiting for the Congress. The group, which staged protests and rallies in the first phase, is now preparing to launch a strong movement with Prachanda’s warning that even Nepal-Bandas may happen again.

One of the leaders said that the movement is being planned to pressurize the court from the streets until the Supreme Court gives its verdict.