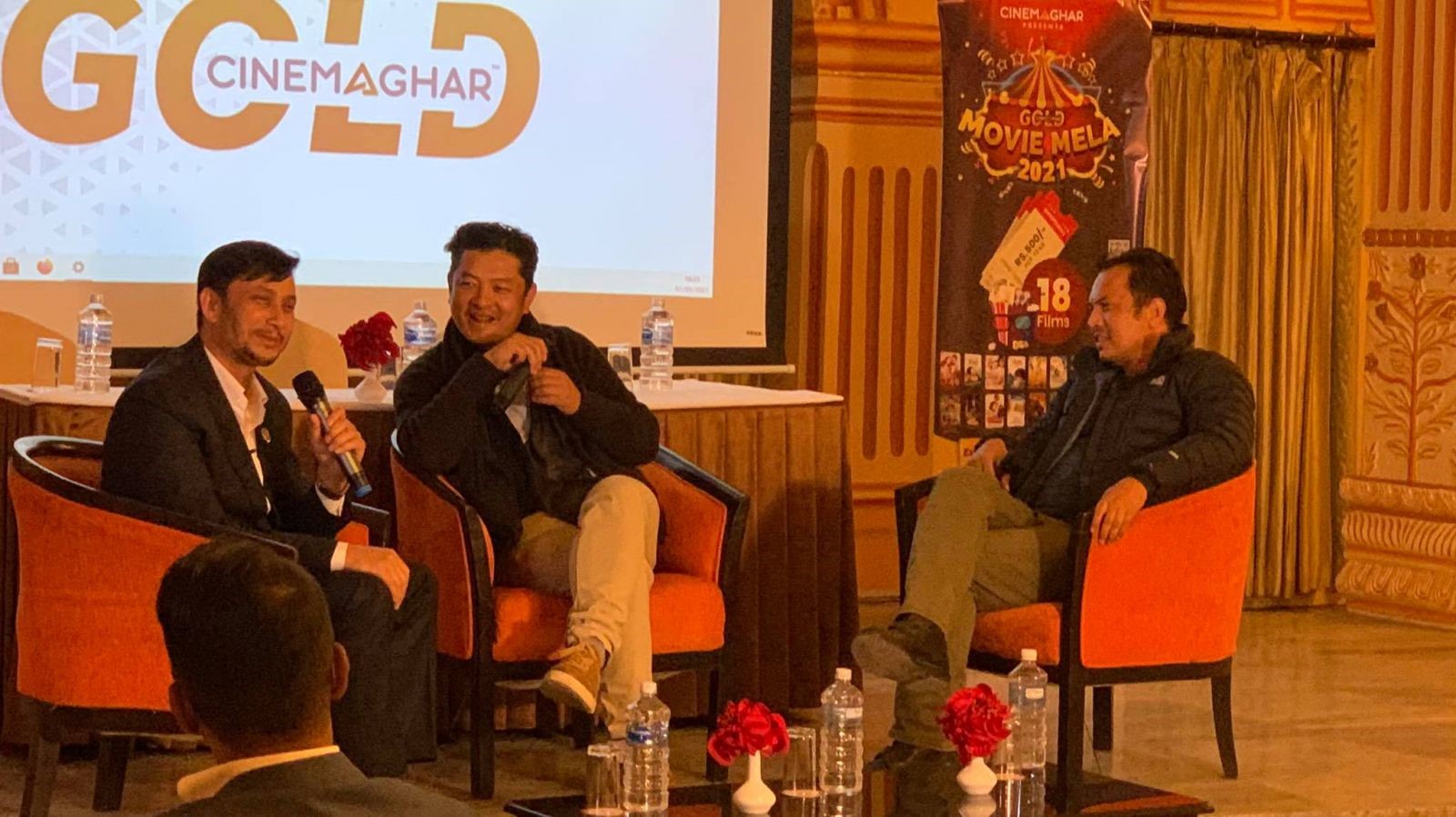 The ‘Cinema Ghar’ app, the homegrown pioneer of Cinema OTT apps in Nepal in 2016, has now come in a new version. Three Sixty One Degree Media has unveiled an updated version of ‘Cinema Ghar Gold’ with various new features. It was formally unveiled at a function in the capital on Friday on New Year’s eve.
Nepalis across the world can now watch high-quality Nepali films in ‘Cinema Ghar Gold’ since Friday, according to a press release issued by Three Sixty One Degree Media. Six Nepali movies have been released simultaneously on the occasion of the New Year. The platform will showcase feature films as well as short films, stand-up comedy and web series.

‘Cinema Ghar Gold’ debuted with movies like ‘Damruko Dandivio, Kohalpur Express, Sarauto, Blind Rocks, Mangalam’ and Documentaries, as well as stand-up comedy and short films. As per information received, fresh movies will be added every month. Viewers can also view the content of ‘Cinema Ghar Gold’ for one year out of a content library of five hundred movies.

“Cinema Home Gold” can be easily downloaded and viewed on smart devices including Android TV, Android and iOS systems, mobiles and tablets, the release said. It can also be viewed on various devices that support Chromecast from mobile phones using Chromecast technology. One can become a customer of ‘Cinema Ghar Gold’ from anywhere in the world.