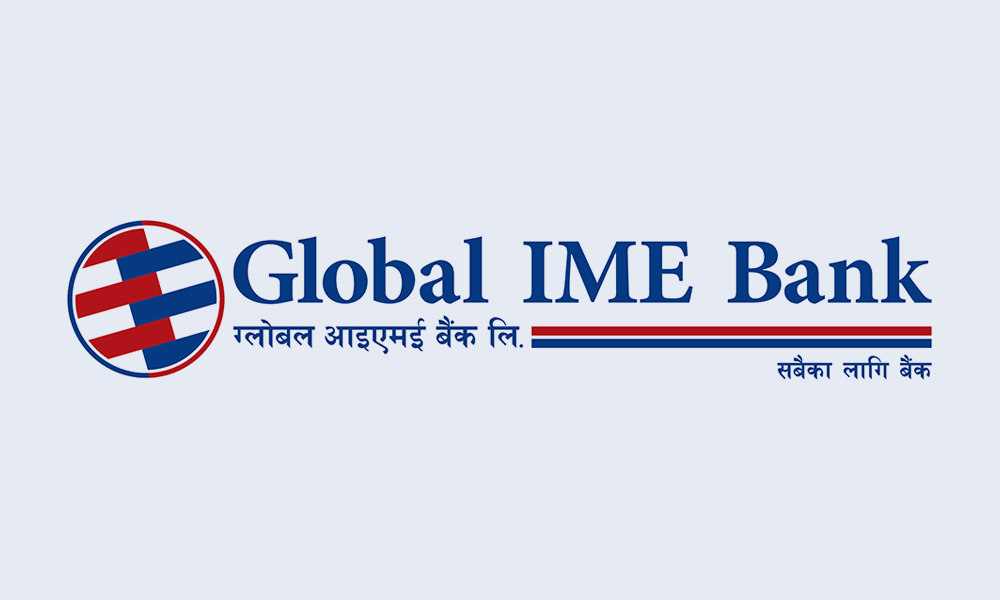 Global IME Bank Limited has entered its 14th year of establishment since Saturday.

In the short period of its establishment, the bank has succeeded in becoming the largest and strongest bank in Nepal in terms of capital, business, branch / network.

The bank’s current paid-up capital will be around Rs 19 billion (more than Rs 21 billion after the proposed 14 per cent bonus) and the accumulated fund will reach Rs 27.24 billion in primary capital, Rs 249 billion in total deposits and Rs 211 billion in total loans.

Similarly, with the objective of extending access to banking services to all sectors and classes, the Bank has 264 branches, 240 ATMs, 243 branchless banking services, 24 extension counters, 1 CDS clearing counter, 23 revenue collection counters and 3 foreign representatives in all 7 provinces and 73 districts. The office is providing services from about 797 service centres.

On the occasion of the 14th anniversary of the bank, Chairman Chandra Prasad Dhakal said that it has become easier to provide modern, quality and reliable banking services to the customers after the merger, adding that Global IME Bank has long experience in mergers and acquisitions.

Chairman Dhakal said that after the merger / acquisition with various banks and financial institutions, the capital of the bank has increased and the competitiveness, financial, human resource, technical and other capabilities of the bank have increased.

He said that the banks have continued to provide services to their customers and clients even during the pandemic. Additionally, this has increased the confidence of the public towards banks and financial institutions.

“Everyone will remember our service in the most complex and tragic global situation of Covid-19. It has established that banking is not only a business but also a friend at times of crisis , “he said.” We will continue to strengthen and clarify this with our behaviour and services.

Dhakal, who is also the senior vice-president of the Federation of Nepalese Chambers of Commerce and Industry (FNCCI),explained that the bank has become support at the time of crisis to businessmen by giving various concessions and discounts to businesses and entrepreneurs during the pandemic.

“During the crisis, the banks acted as drivers of the private sector by extending the loan instalment and interest repayment period of the private sector as per the directives of the Nepal Rastra Bank. This has given us the knowledge that if we, the private sector, face the crisis together, we can certainly overcome the potential crisis in the future or minimize its damage. We have also received the message that we must move forward together, not rupture in times of crisis. ” He added.

In his congratulatory message, Ratna Raj Bajracharya, Chief Executive Officer of the Bank, said that Global IME Bank has become one of the best, strongest and strongest banks in the country after various mergers and acquisitions.

“Global IME Bank has been the largest and best bank in the country in many indicators since the merger. The bank is working to take it to new heights and translate its original slogan of “Bank for All” into reality by expanding its services to all 77 districts. ” He said.

Stating that the management of the bank is focused on merger and post-merger management, he said that the bank will be established as the best and strongest bank in the country in the coming days.

“There is still a lot of work to be done after the merger,” said Bajracharya, Chief executive officer. “Once the merger is properly managed, Global IME Bank will be stronger than it is now.”