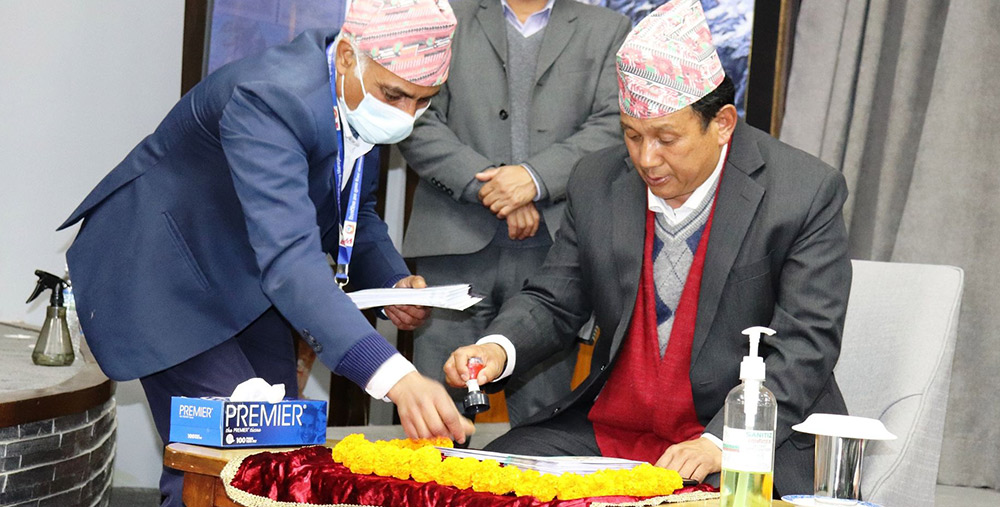 The Minister of Communication and Information Technology Parbat Gurung called for promotional programs for the recognition of cultural, religious, natural heritages and tourist destinations of Nepal in the national and international market in a Postal Stamp publishing ceremony organized at the Ministry of Communication and Information Technology on Thursday. According to the Secretariat, Minister Gurung has informed the Department of Postal Services and other concerned authorities to call for action by issuing a public notice to ensure the effectiveness of such programs.

“The role played by postal stamp publishing, to further recognize Nepal’s natural, religious and cultural heritage – nationally and internationally must be given continuity so that Nepal’s languages, ethnicities, religions and tourist destinations are further introduced to a larger audience. The Department of Postal Services should initiate collective action from all parties to call for tourism promotional activities”, he said.