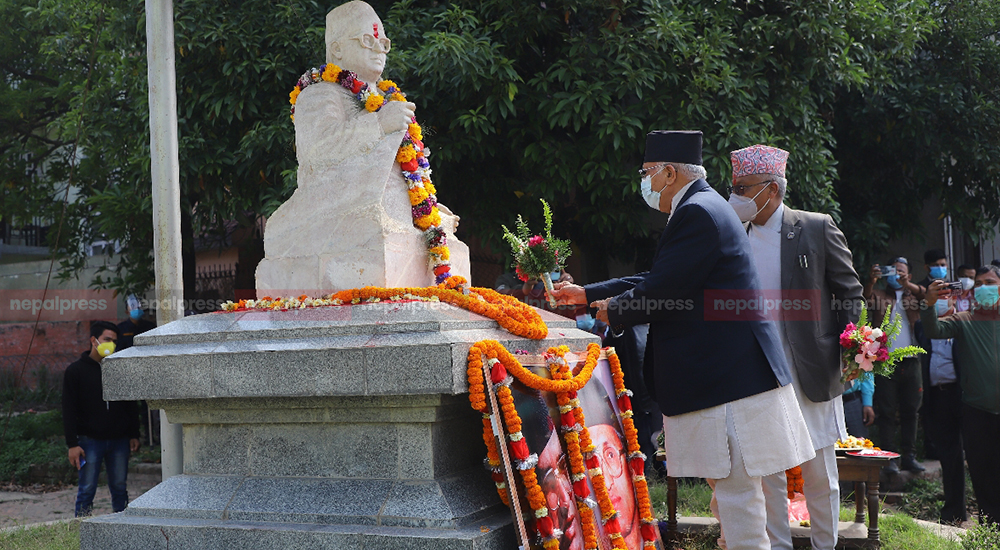 UML Central Office Secretary Sher Bahadur Tamang said that only the top leaders were present to pay their respects, due to the COVID-19 pandemic and prohibitory orders.

According to Office Secretary Tamang, he had sent an SMS to all the leaders, including Madhav Nepal, to pay tribute. However, Nepal did not go to Balkhu. Yet, party leaders Surendra Pandey and Ghanshyam Bhusal did go to Balkhu.

Similarly, Bamdev Gautam, a leader of the Ekata Abhiyan, also went to Balkhu.

Bhandari died 28 years ago today in a tragic jeep accident at Dasdhunga in Chitwan. He is the pioneer of multi-party democracy of the people in Nepal.