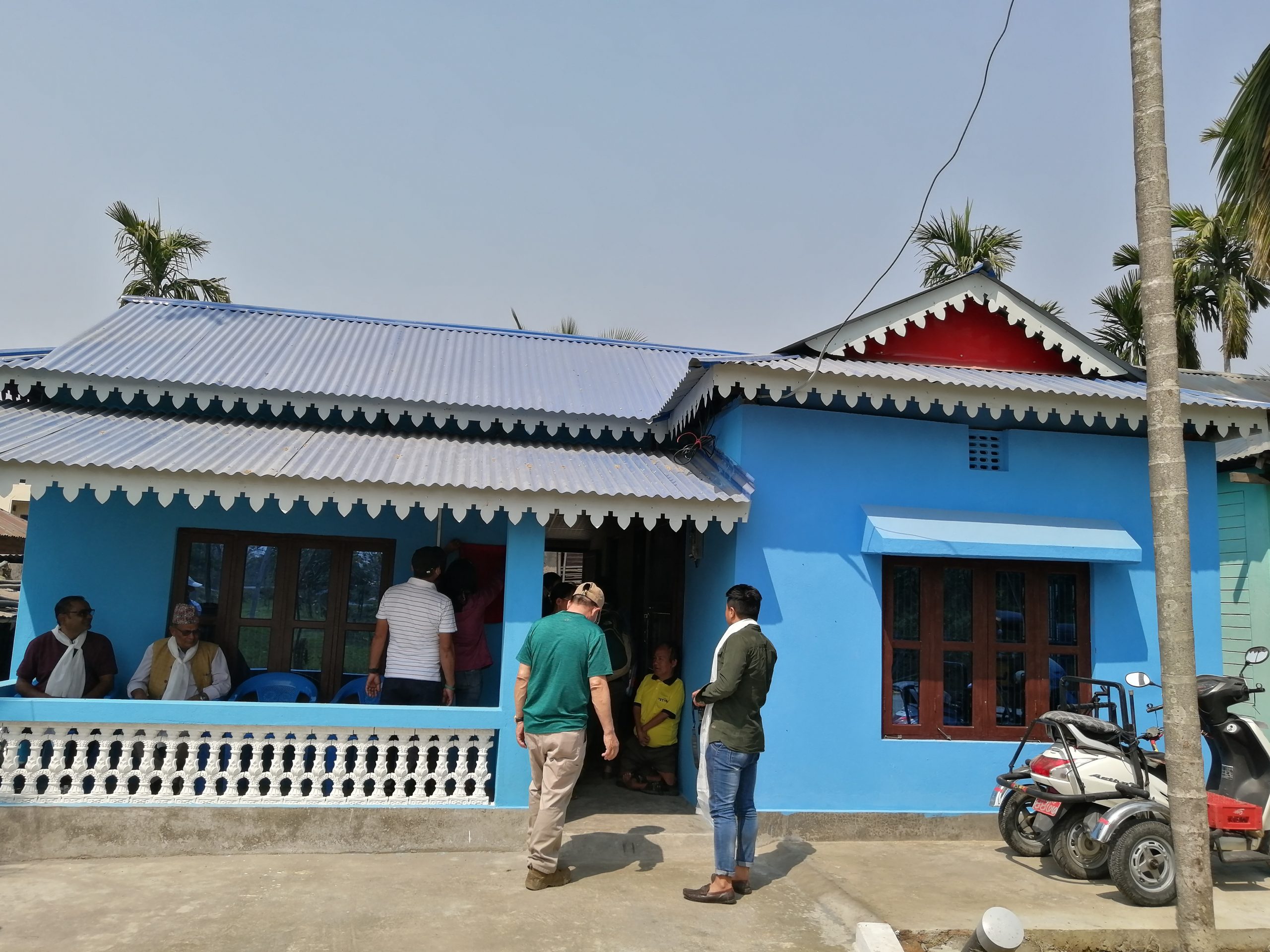 Physically challenged Byas Bahadur Limbu has own home now, thanks donor for generosity

ITAHARI: Having migrated from Sankhuwasabha district decades back, Byas Bahadur Limbu had to face many challenges, both financial and physical. On financial ground, he neither had a stable job nor strong familial financial backing to eke out his living. Physically, he is challenged. Both his legs and hands are not the same as those of ordinary people; he cannot walk and has to crawl. He cannot hold anything easily with his hands; he has to struggle hard to hold anything properly.

An inhabitant of Urlabari Municipality-3 of Morang district, Limbu is married and a father of two teenage children. His wife is visually impaired and one of his sons has a mental disability. Troubled from all quarters in everyday life, Limbu had to reside in a hut at Naya Mangalbare area of the Municipality. He wanted to have his own home where he could be secured from both snakes, as well as ill-intentioned individuals. ”Once, my wife was bathing outside at dusk. She was grabbed from behind,” Limbu shares an instance of sexual harassment, ”She shouted. I came out of the house and the man vanished.”

Rain as well as snakes would make it difficult to live in his tiny hut.

However, Limbu will not have to face these issues in the upcoming days. He now has a strong, four-roomed home with a concrete washroom and a good parking space for his five-wheeled scooter. He was gifted this home by a charity organization called Gurkha Peace Foundation on Saturday.

”I am very thankful to Gurkha Peace Foundation for this generosity towards my family,” said Limbu in a formal house handover function in presence of Ward Chair Ganjabahadur Karki, Secretary of the Disable People Organization of Urlabari Hemanta Poudel, representatives of Gurkha Peace Foundation, locals and journalists. The house was constructed amidst COVID-19 related restrictions at a cost of around Rs. 1 million.