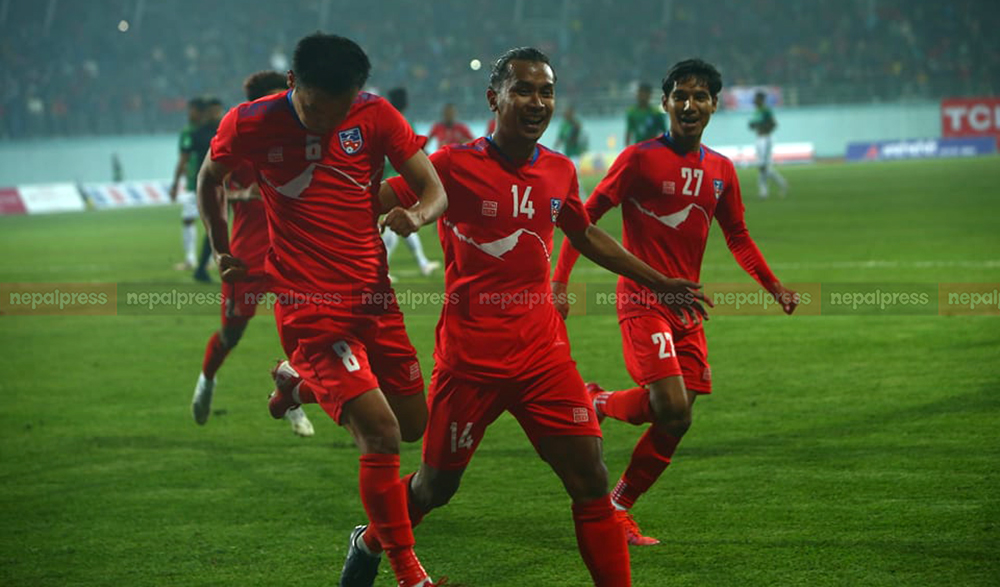 KATHMANDU: The Nepali national football team has won the title of Three Nations Cup at Dasharath Stadium for the first time since 1984. Nepal defeated Bangladesh 2-1 in the final of the competition held at their home ground on Monday.

Sanjog Rai scored for the Nepali national team after failing to score in the last seven games. Sanjog gave Nepal the lead in the 18th minute by striking the rebounded ball from outside the penalty area.

Bishal Rai doubled the lead in the 42nd minute of the competitive match. He scored a brilliant goal through Sanjog Rai’s pass beating the Bangladeshi goalkeeper from inside the penalty area.

Substitute Mehbubur Rahman scored a goal in the 83rd minute for Bangladesh, who had been trying to get back into the game since the start of the second half.

Although Rahman raised hopes through his header, he could not save the team from defeat.

The All Nepal Football Association (ANFA) had organized the Three Nations Cup after the World Cup and AFC Asian Cup qualifiers were postponed. Nepal had won the gold medal by defeating Bangladesh 4-2 in the final of the first edition of the South Asian Games which started from Nepal.

In the final of the eighth South Asian Games in 1999, Nepal lost to Bangladesh 1-0. Bal Gopal Maharjan, who lost as a player in the 1999 final, avenged that defeat as a coach.

Bangladesh, who reached the final of the tournament for the first time since 2005, are once again runners-up.