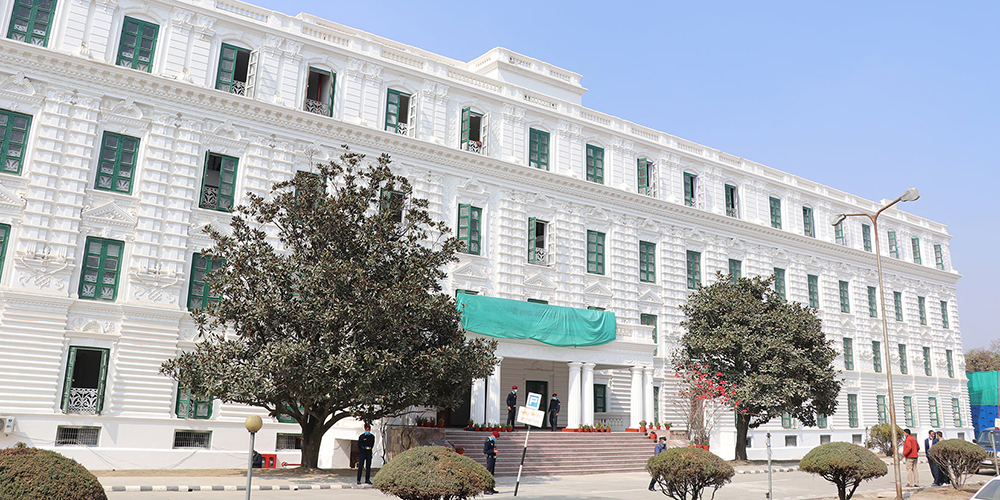 Office of the Prime Minister moving to Singha Durbar today

Coincidentally, the reconstruction of the Prime Minister’s Office building at Singha Durbar has been completed on the day the Oli government enters its fourth year. Oli is also inaugurating the building.

After the inauguration, the office of the Prime Minister and the Council of Ministers will now operate from here. The work for strengthening the three parts of Singha Durbar was completed in the first week of mid-February.

The cost for this was Rs. 870 million, according to the Reconstruction Authority. The work of strengthening the western part of Singha Durbar was started in April 2076 BS. The western part will be completed by September 2078, the unit said.

Reconstruction work of the army building at the west main gate of Singha Durbar has also started. Singha Durbar was built during the reign of Rana Prime Minister Chandra Shamsher Jabara. The western part had survived the fire  of 2030 BS.

The north, east and south parts were destroyed by the fire, but were rebuilt in the old and original style in 2037 BS.

A police building is also being constructed at the eastern main gate of Singha Durbar, the unit said. There was a long-running controversy over whether to rebuild or strengthen the quake-damaged Singha Durbar.

CCTV connection and decoration work including the garden has been completed. The office and meeting room have been constructed as per the existing organizational structure of the current Prime Minister’s Office and the Council of Ministers. Also, finishing and furniture have been arranged in an adequate and appropriate manner.