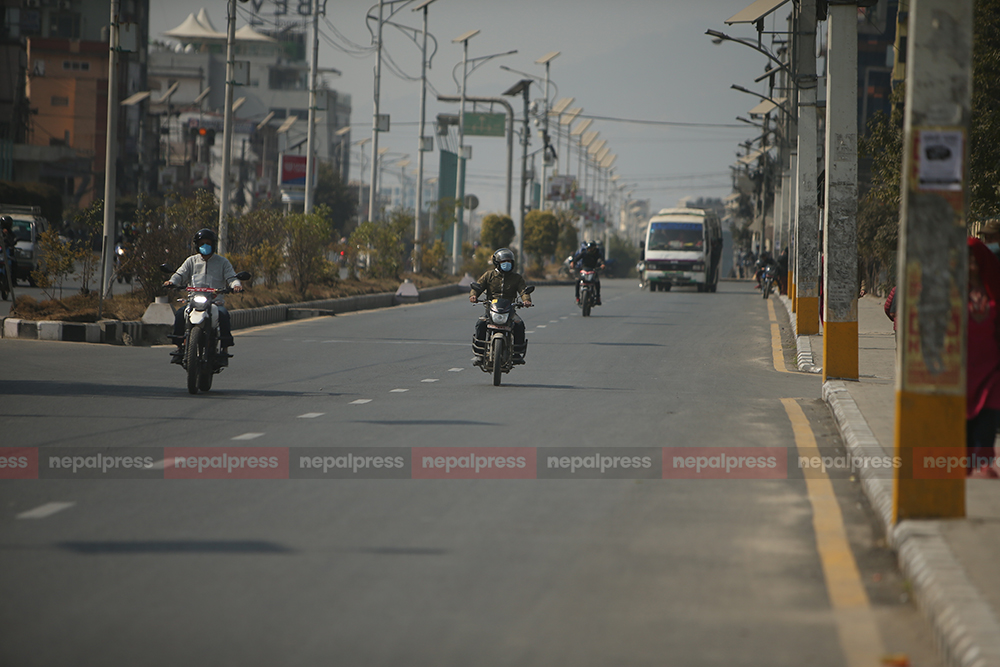 KATHMANDU: Prachanda-Madhav (CPN) cadres set fire to a taxi in Samakhusi in the morning and signaled that today’s general strike would be violent. However, they did not show further aggression after the incident was widely condemned.

As soon as the taxi was set on fire, the streets of Kathmandu became deserted in the morning. People were afraid to go out on the streets. However, after noon, the strike started loosening. A large number of vehicles are seen on the roads.

The mood of the protesters has also changed since the afternoon. They have not attacked or vandalized vehicles on the road. However, they are still attempting to restrict movement.

By noon, the protesters had softened. The crowds in major junctions tried to stop vehicles, but they are not doing so forcibly. Instead, police were stopping vehicles in some areas. Ambulances, Press and other essential services have been running smoothly.

There has been intense protest on social media since the announcement of the General Strike yesterday. This is also the reason why the Prachanda-Nepal faction could not adopt a very strict general strike. Leaders of the group have been calling the general strike an obligation.