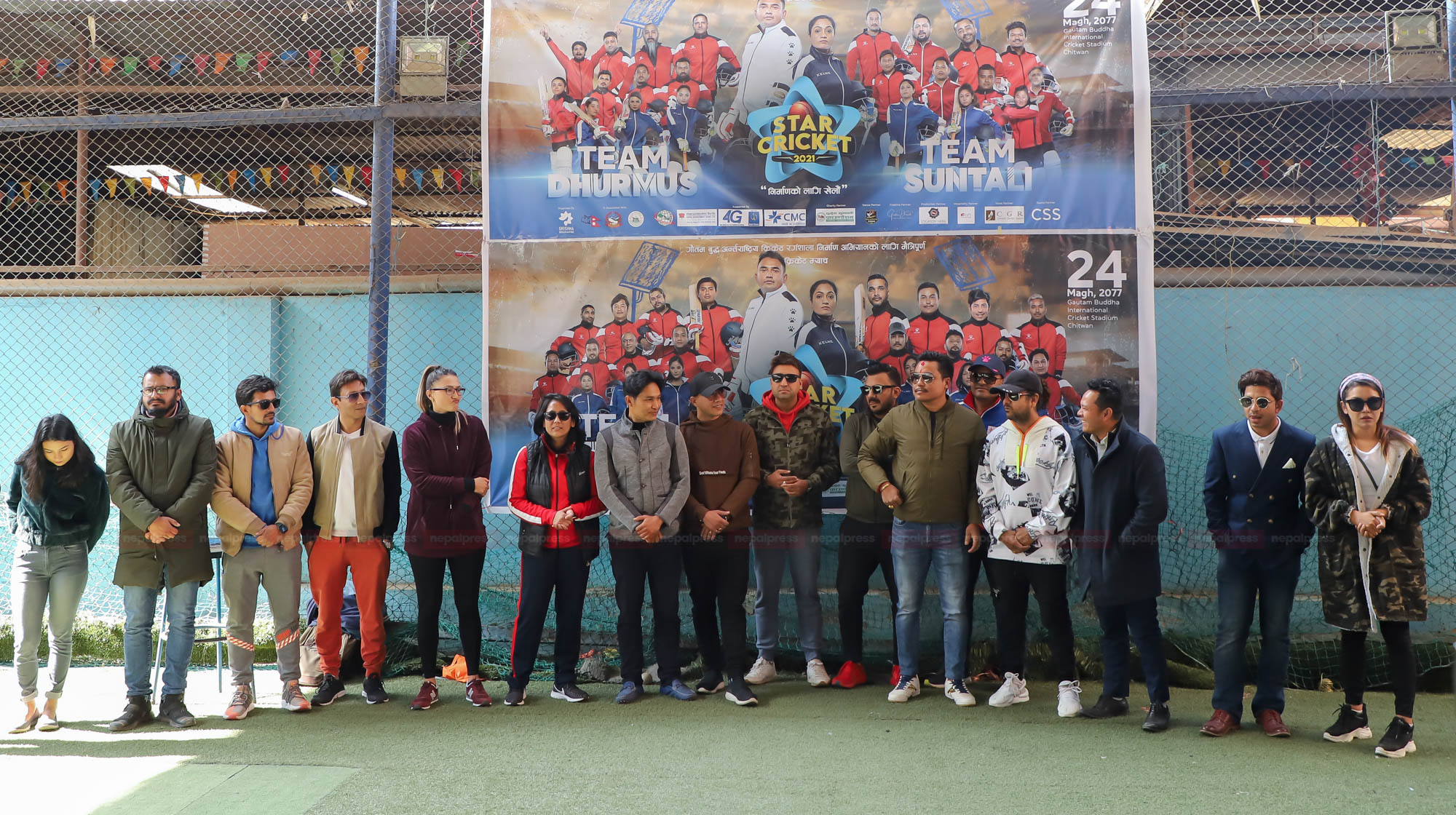 Celebrities Cricket for a Cause

KATHMANDU: The ‘Star Cricket 2021’ tournament is being organized in Bharatpur to raise funds for the Gautam Buddha International Cricket Stadium.

It was informed that there will be competition between Team Dhurmus and Team Suntali in the press meet held in the capital on Saturday. More than 40 celebrities from Nepali films, music and sports will play cricket in two groups.

The competition is scheduled to be held on February 6 at the stadium under construction. Speaking at the press meet, Grihendra Ghimire, chairman of the organizing body Grishma Broadcasting Media, said that the money collected from the tournament would be provided for the construction of the stadium.

He said that the tournament was organized under corporate social responsibility. Taekwondo player Deepak Bista and actor Sandeep Chhetri said that they were excited to be active in social work.