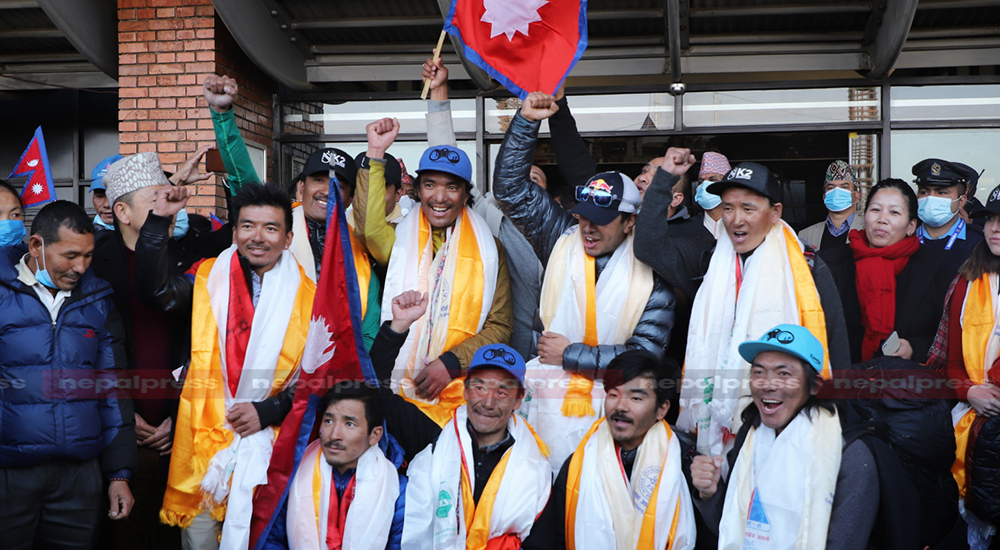 Despite Lack of Official Support

KATHMANDU: The Nepali team that climbed the second highest peak of the world, Mount K-2, has been given a grand welcome at Tribhuvan Airport today. The mountaineering association and the Sherpa community, led by the Nepal Tourism Board, welcomed the team with Bajagaja and Jhanki. 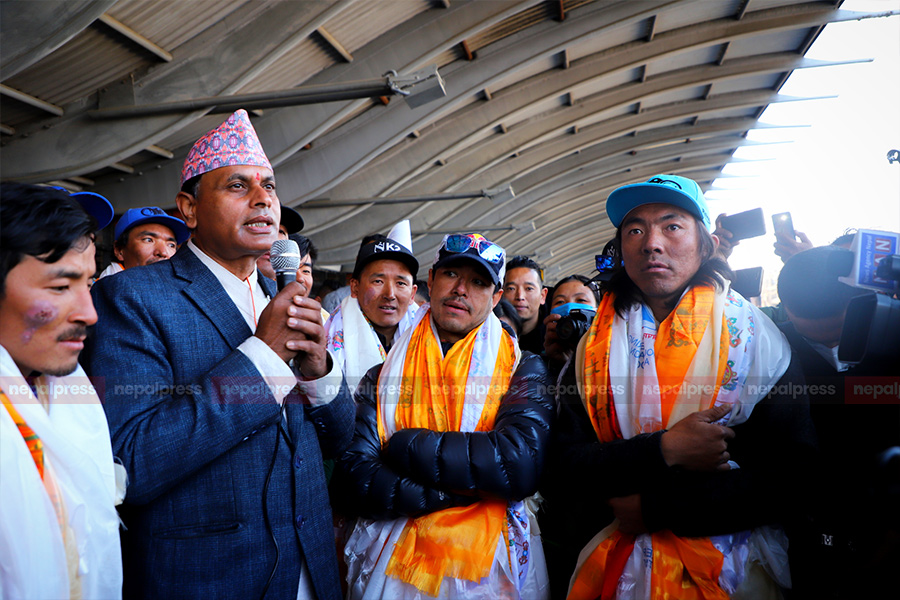 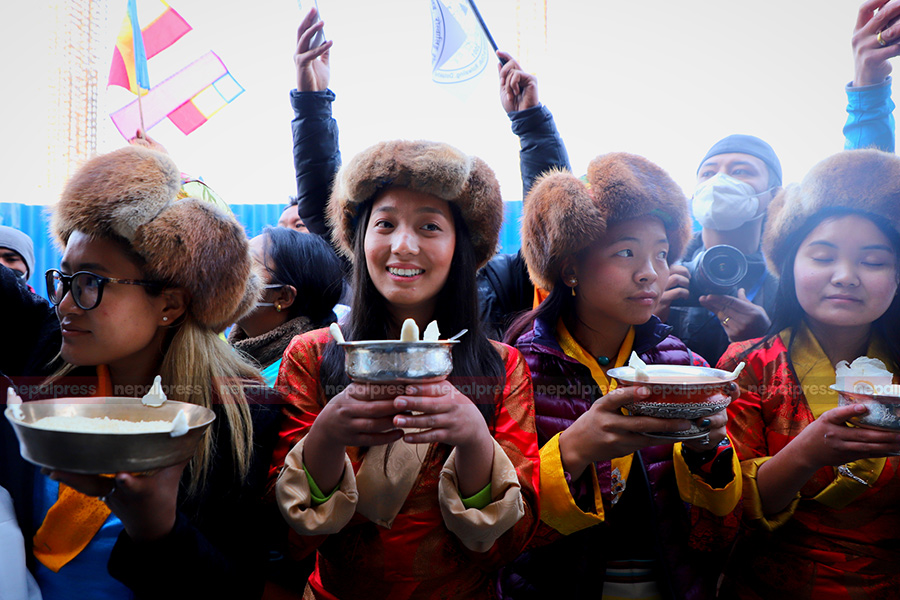 Last Saturday, a ten-member Nepali mountaineering team made history by becoming the first-ever successful expedition to conquer the inhospitable and extremely dangerous 28,251-foot-high Mt. K2 in Pakistan in winters.

When the team arrived in Nepal, they were elated. Nirmal Purja, who led the team, said the victory over Mount K2 was a strong message amidst climate change and epidemics. 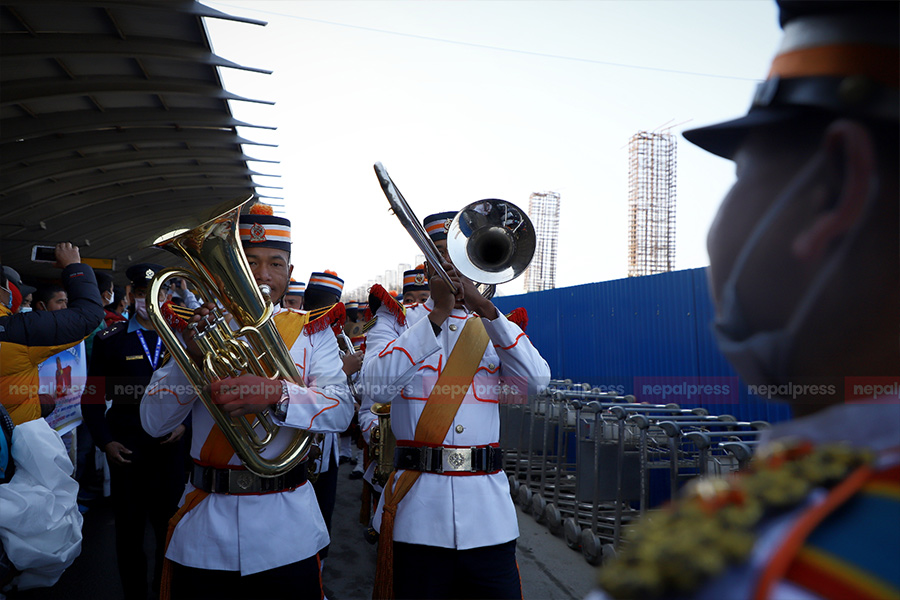 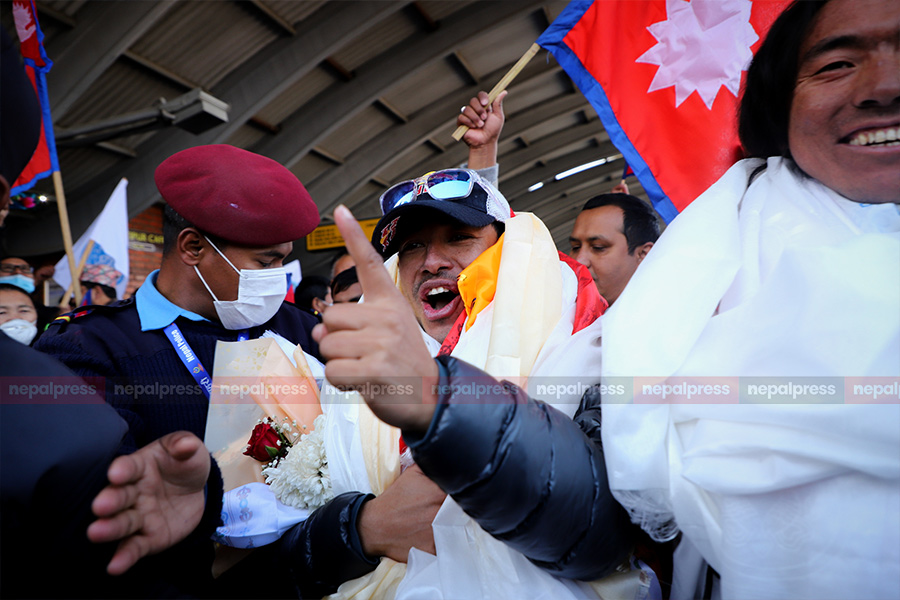 Dhananjay Regmi, CEO of the Tourism Board, said that the team should now spread the message that the 8,000-meter-high Nepali peaks are now open after the pandemic. He said that the government would always support tourism promotional activities. 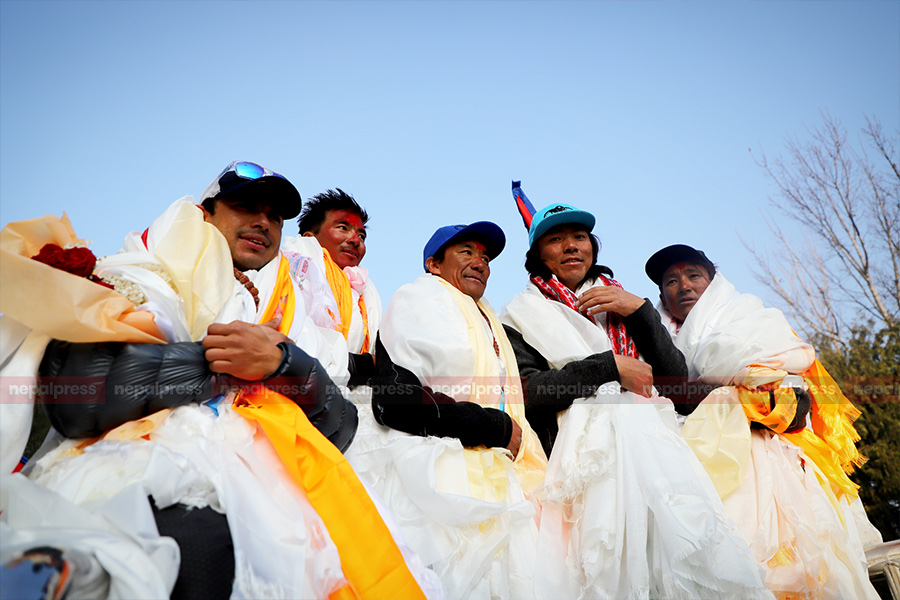 “It was a victory for the country,” said another climber, Mingma Ji Sherpa. Along with Nirmal and Mingma, Mingma Tenji Sherpa, Geljen Sherpa, Pemchiri Sherpa, Dawa Temba Sherpa, Dawa Tenjin Sherpa and Kilu Pemba Sherpa were part of the team.