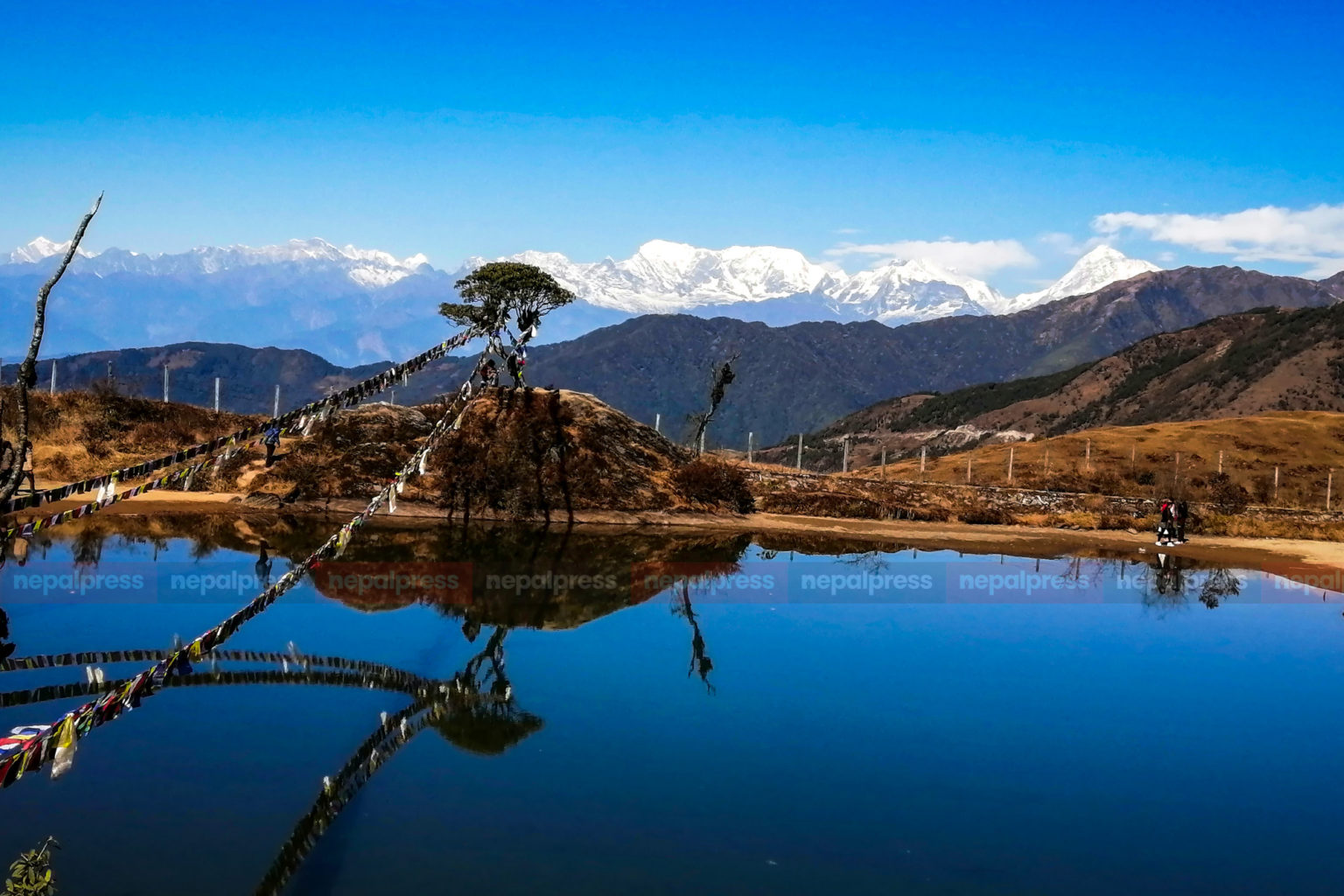 “Days and months are the travellers of eternity. So are the years that pass by… I myself have been tempted for a long time by the cloud-moving wind-filled with a strong desire to wander … I walked through mists and clouds, breathing the thin air of high altitudes and stepping on slippery ice and snow, till at last through a gateway of clouds, as it seemed, to the very paths of the sun and the moon, I reached the summit, completely out of breath and nearly frozen to death. Presently the sun went down and the moon rose glistening in the sky.”

Matsuo Basho
The Narrow Road to the Deep North

Imagine miles and miles of rhododendrons blossoming in the hills, imagine yonder blue lakes where the sun skims on the ripples and its rays settle down on the pebbles at the very bottom, imagine colored fish looking back at you from the clear waters, imagine the cool breeze as it wafts through endless green forests and hits your face, imagine a place so tranquil where the ‘Siddhas’ of yore meditated for salvation, just imagine till you reach the very end of imagination…..

Because being there is the only real substitute for the words that I can spill endlessly on this keyboard.

Today, we reveal the mystic charms of Gufapokhari, now a popular tourist destination of Province 1. Hundreds of tourists from Dharan, Itahari, Biratnagar, and other cities visit this ancient lake daily, finding their way to Chainpur Municipality-1 of Sankhuwasabha near the Tehrathum border.

Located in the area of Tinjure Milke and Jaljale (TMJ), the capital of Gurans, a veritable valley of flowers –  this lake is at an altitude of 2890 meters above sea level. Connected to this pond is the ‘Gufabazar’, a place that can house half a hundred visitors daily. Once you are there, you yearn only to left undisturbed by the tourists. 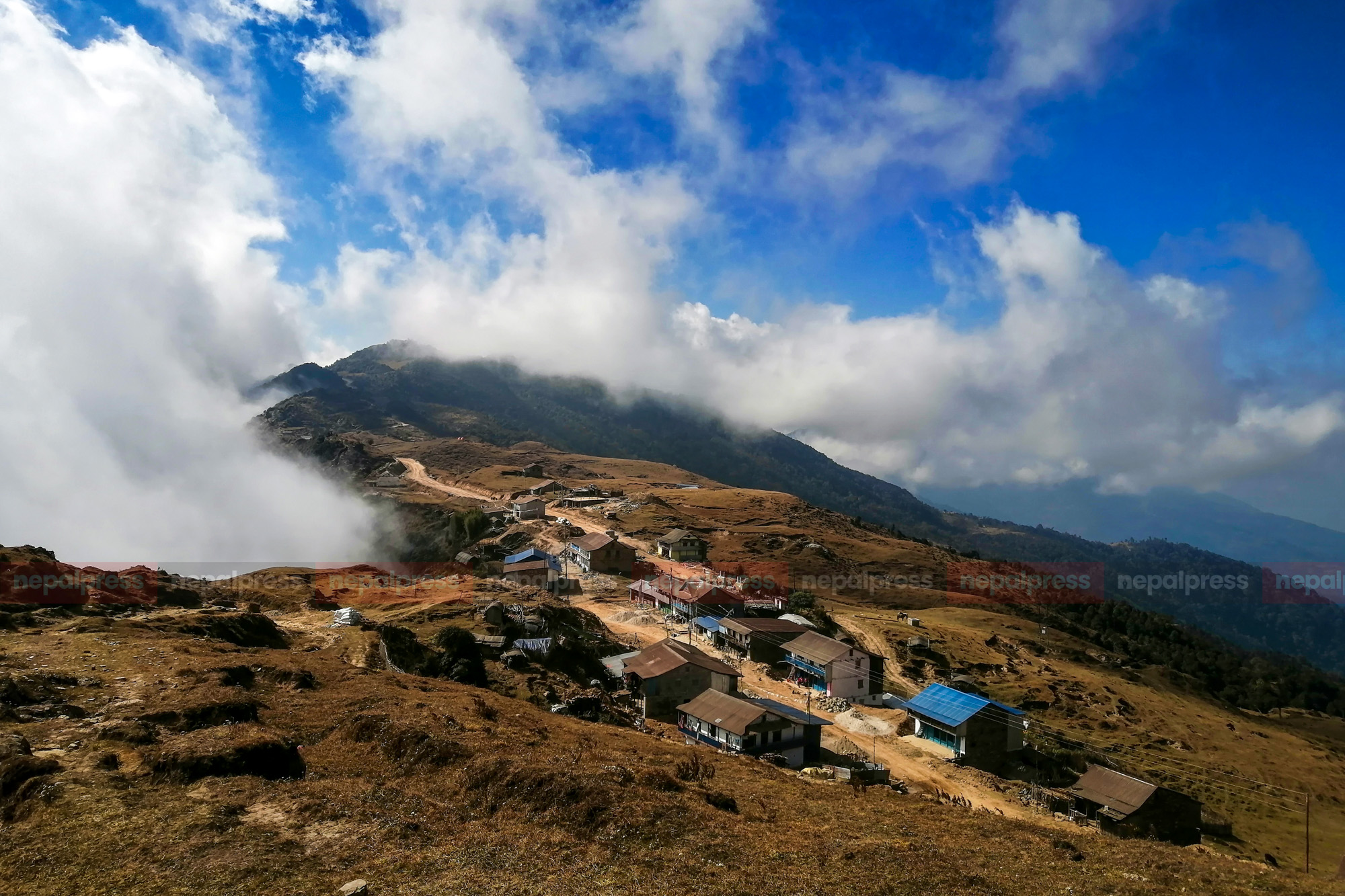 Gufabazar is connected lazily with Sukebazar. Located at an altitude of 2910 meters, the Trijilla (of three districts) hill lies just beyond the market. This scenic hill ‘Menchyayem Danda’ which is named after Menchyayem Village Municipality is the common peak of Tehrathum, Sankhuwasabha, and Taplejung. Against the azure of the clear sky, Mountain Makalu reflects shyly in the waters of the lake. 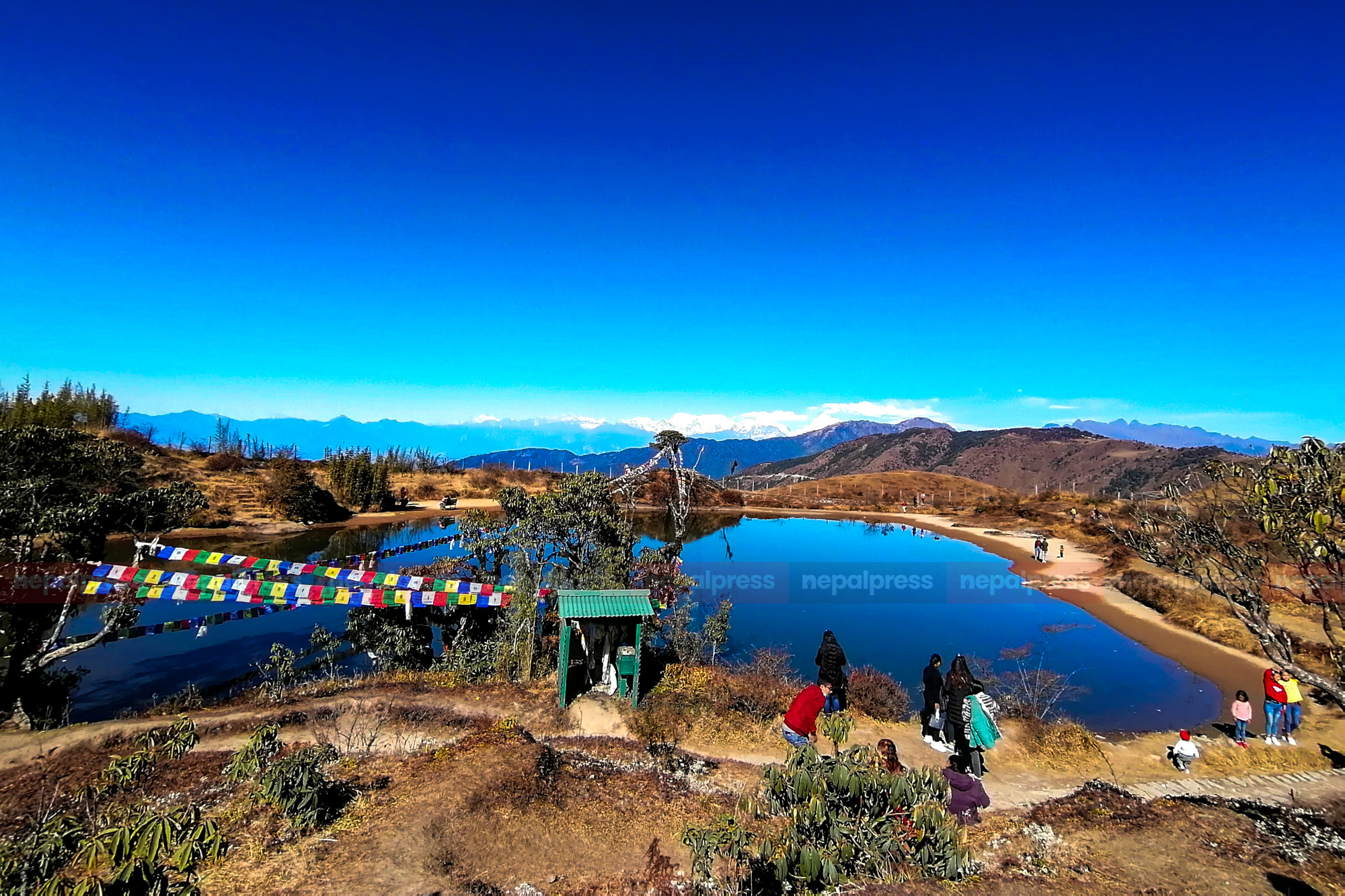 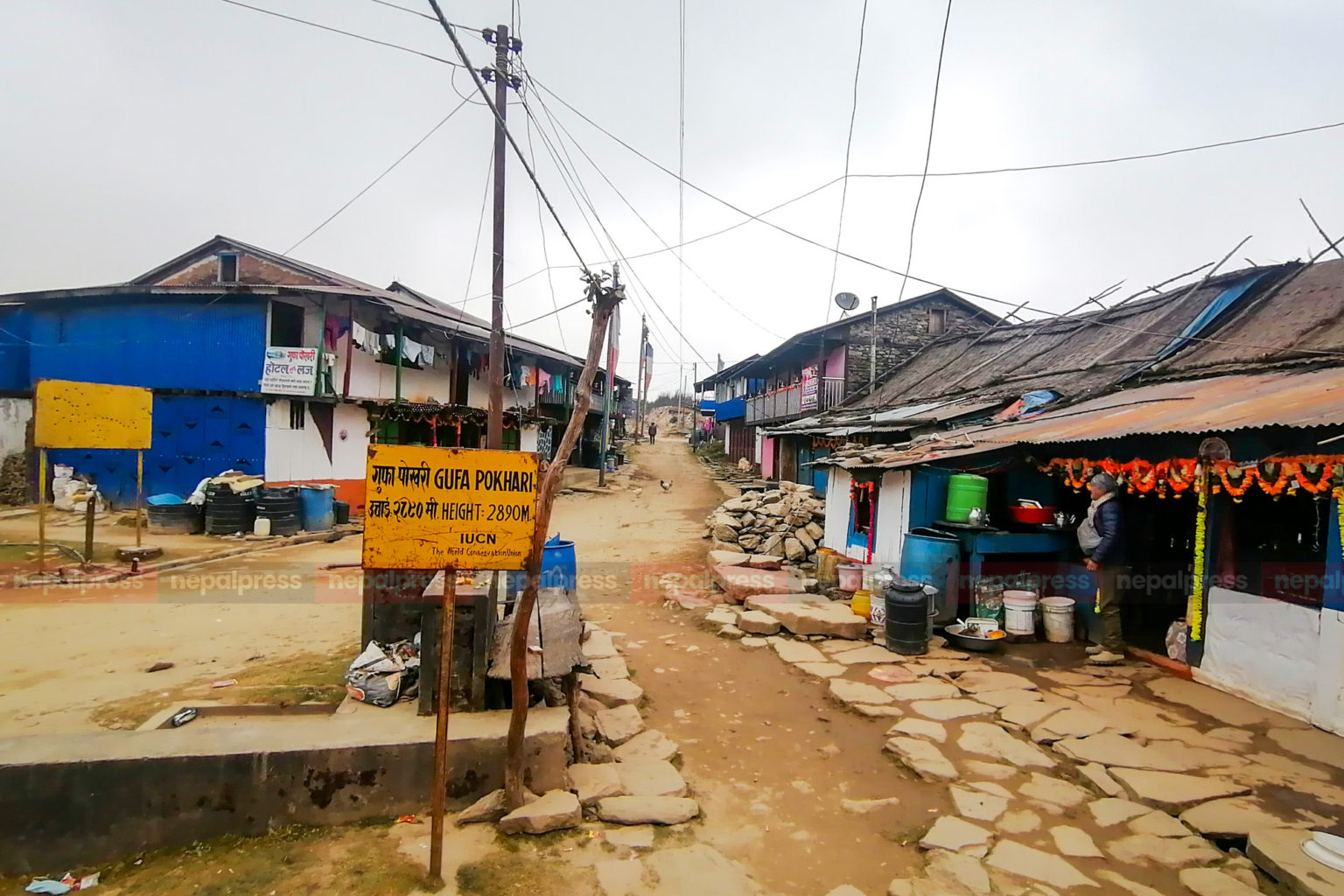 On clearer days, Kanchenjunga and Kumbhakarna peaks also stare back at Gufapokhari making their charms visible. This serves as a transit point for the adventure sport of rafting, which starts from Taplejung’s Tamor Dobhan and ends at Sunsari’s Chatara.

Gufapokhari is composed of two words Gufa and Pokhari. The word Gufa in Nepali translates to ‘cave’ and the Pokhari to ‘pond’. The cave lies on the other side of Menchyayem Danda, the hill. Since most people do not know about the cave or are put off by the uphill ascent, it remains less discovered.

It takes about five to six hours from Dharan and Itahari to reach Gufapokhari, and about an hour and a half from Basantapur Bazaar of Tehrathum in two-wheelers. As everywhere else in the remote hills of Nepal, the construction of roads is always ongoing and the drive is challenging for those uninitiated. 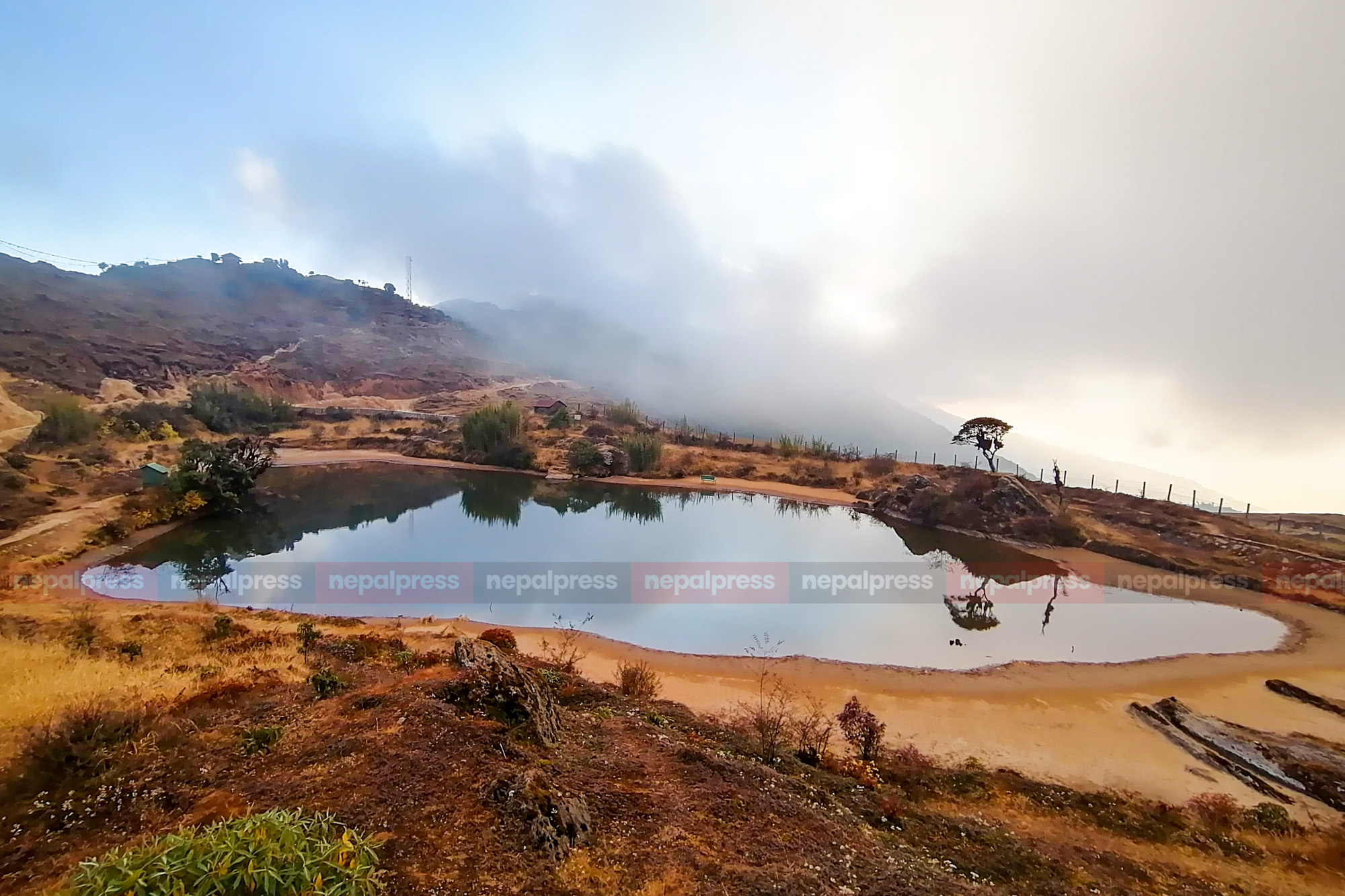 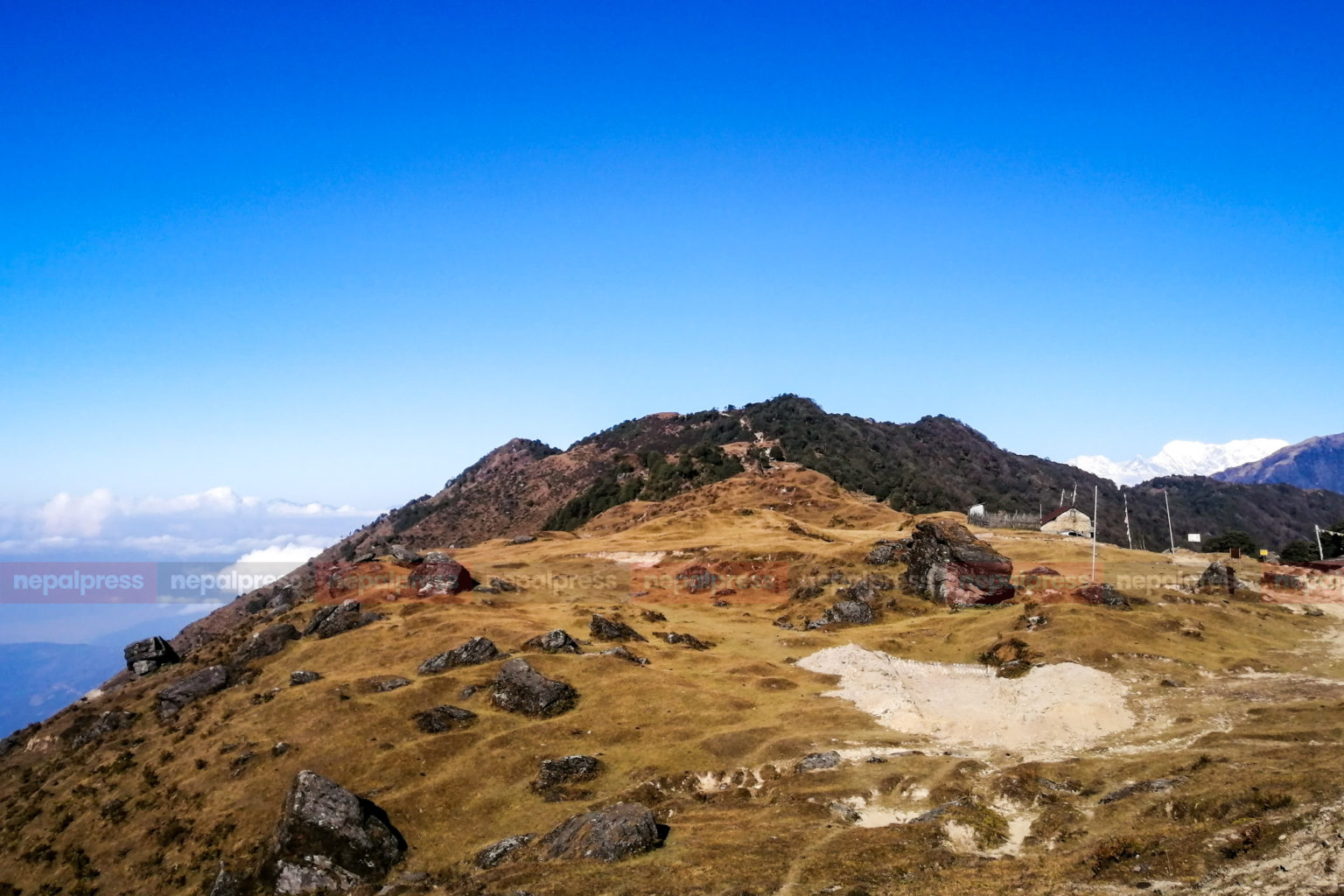 Winters make the prospect of travelling to the caves even more dreary.

The local delicacies are the dairy products from the local barn that are easily available in the Gufabazaar. Churpi, milk, curd and ghee are some of the popular items that are considered mouth-watering delights of the place. After all, sore legs need a burst of energy. 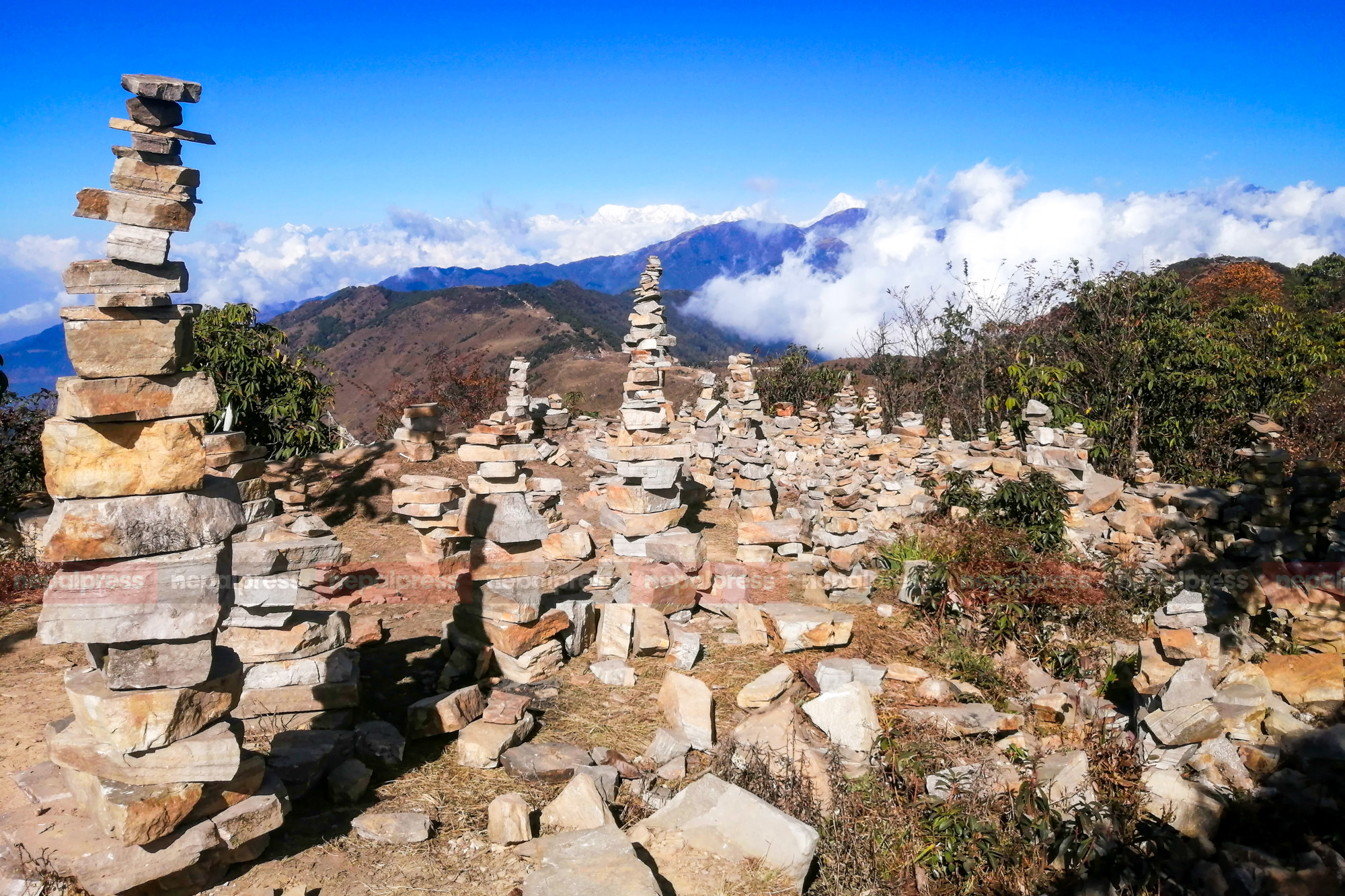 One can reach Tatopani by walking down the path from Gufapokhari via Lampokhari of the TMJ region. This area has maintained a written record of 436 years of bygone history. 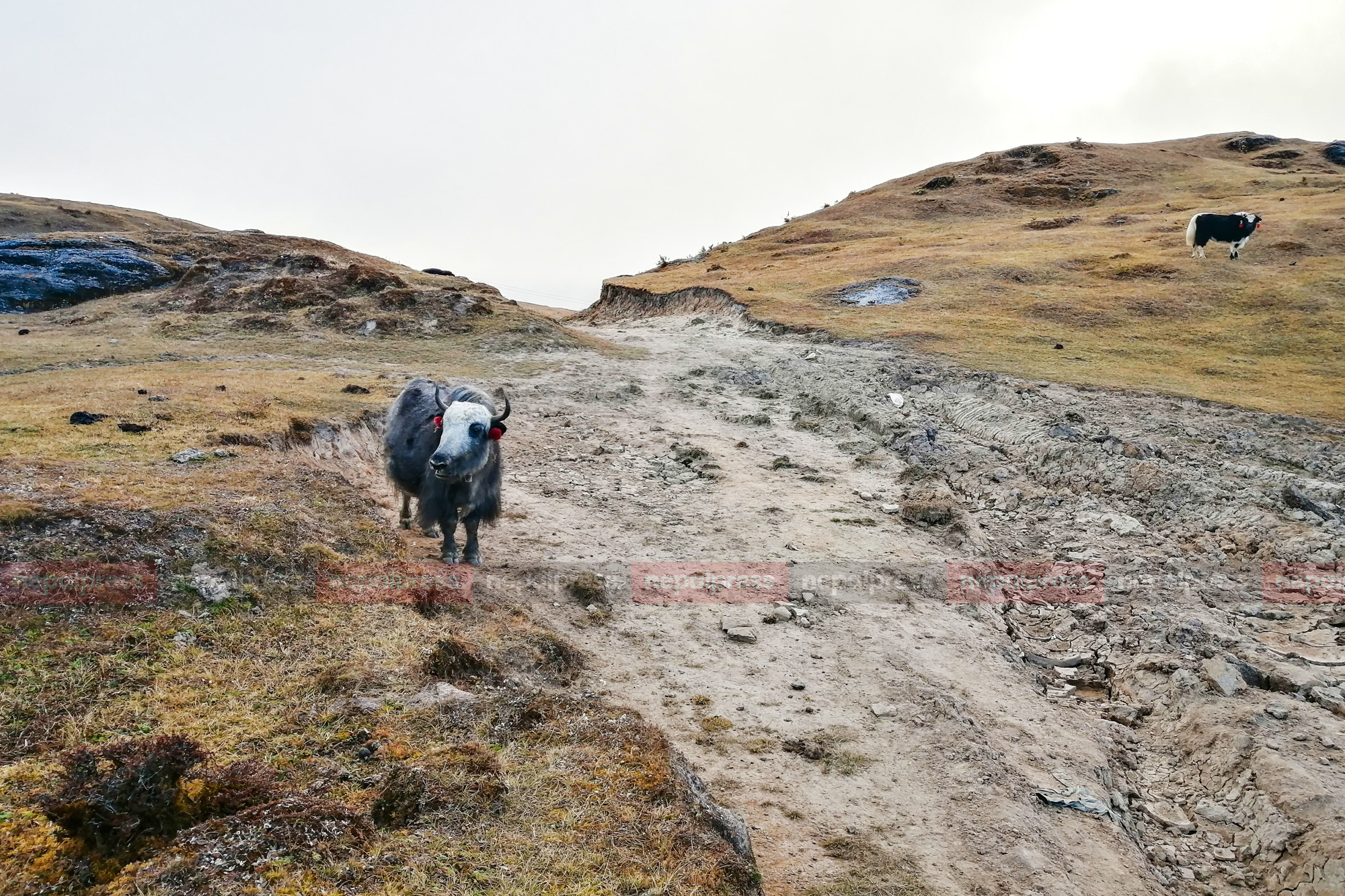 The open spaces for tourists to roam around and explore are immense, although the physical perimeter of the pond is only 565m. 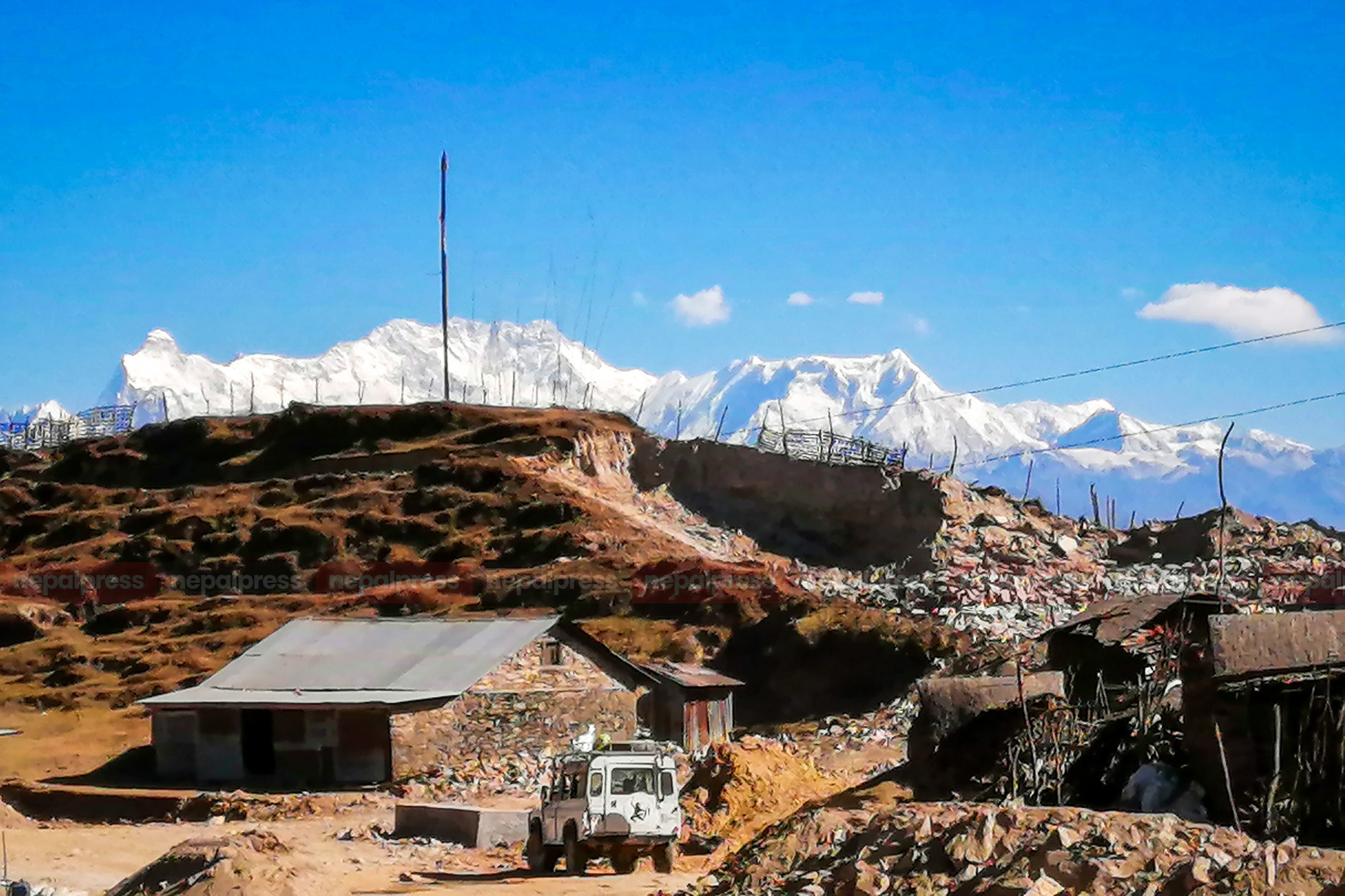 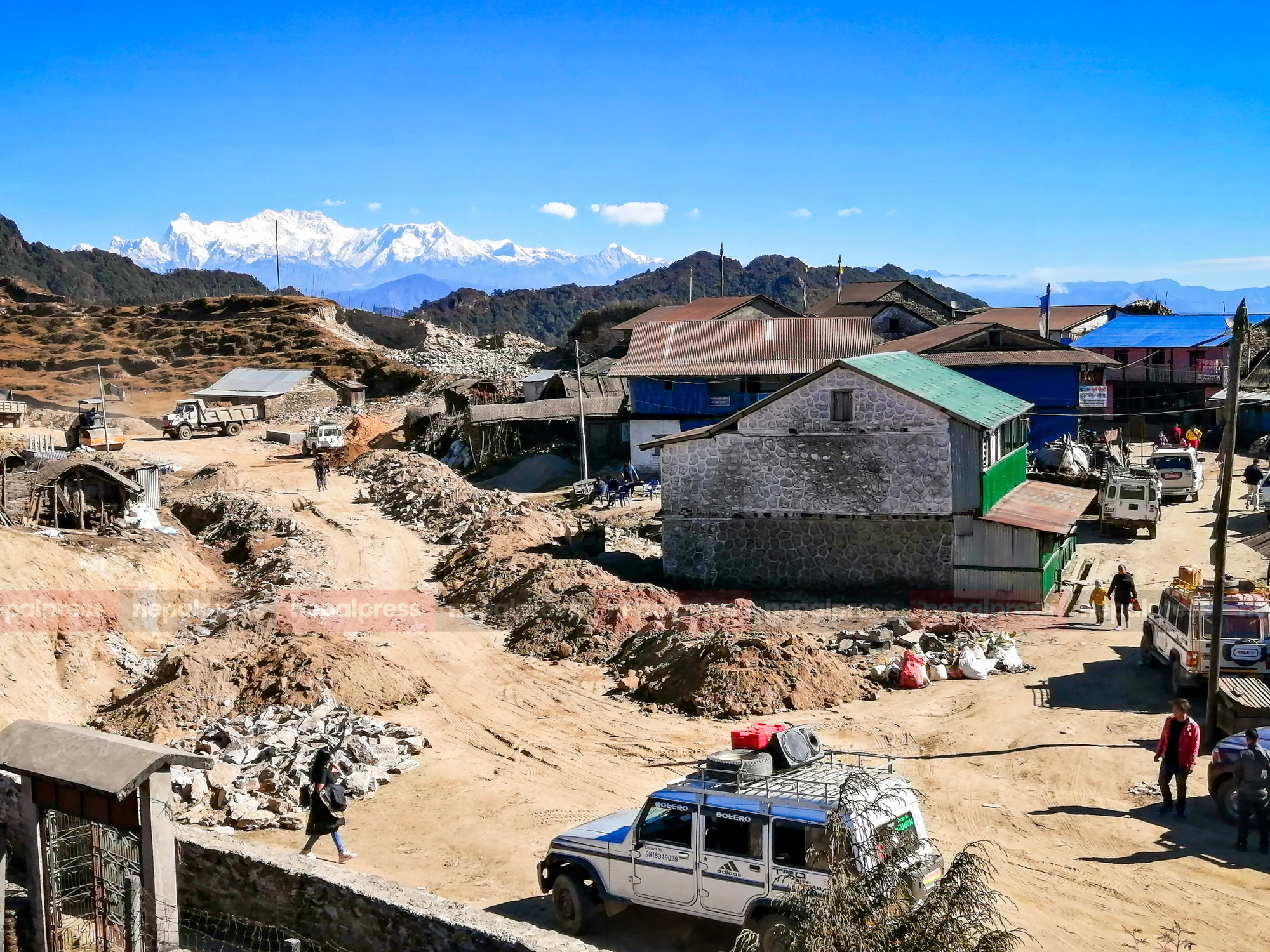 There are more sights to behold and more tales to be told. But don’t just read this – go there!