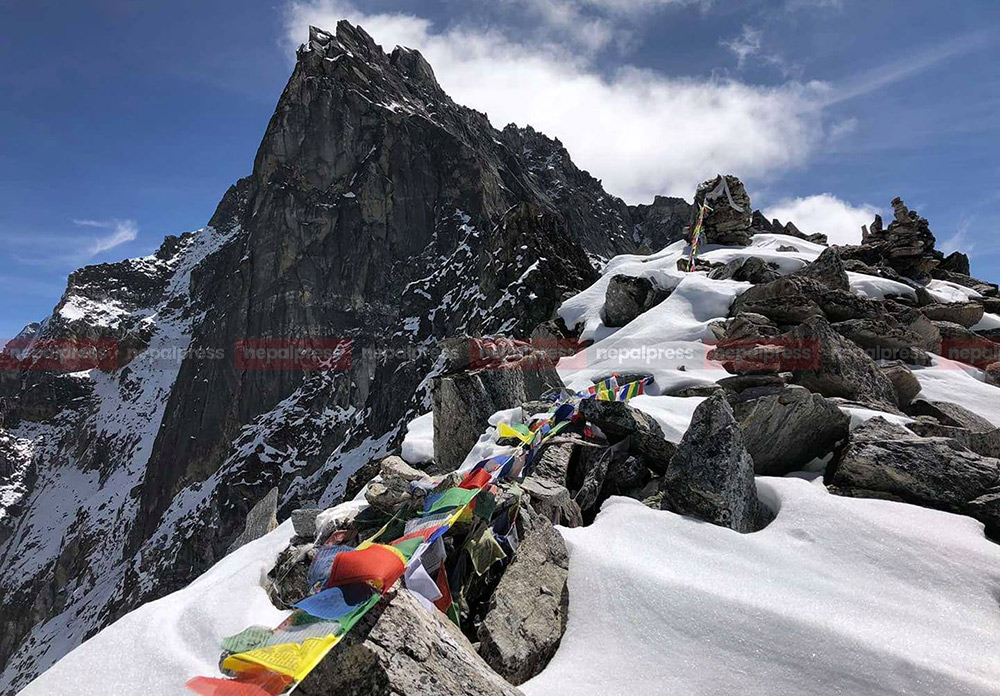 HELAMBU: There exists a sense of competition to construct ‘view towers’ to attract tourists in most local levels. The local authorities, who are under the illusion that tourists will flock only if such towers are erected, have also started pouring into it the budget allocated for other areas. 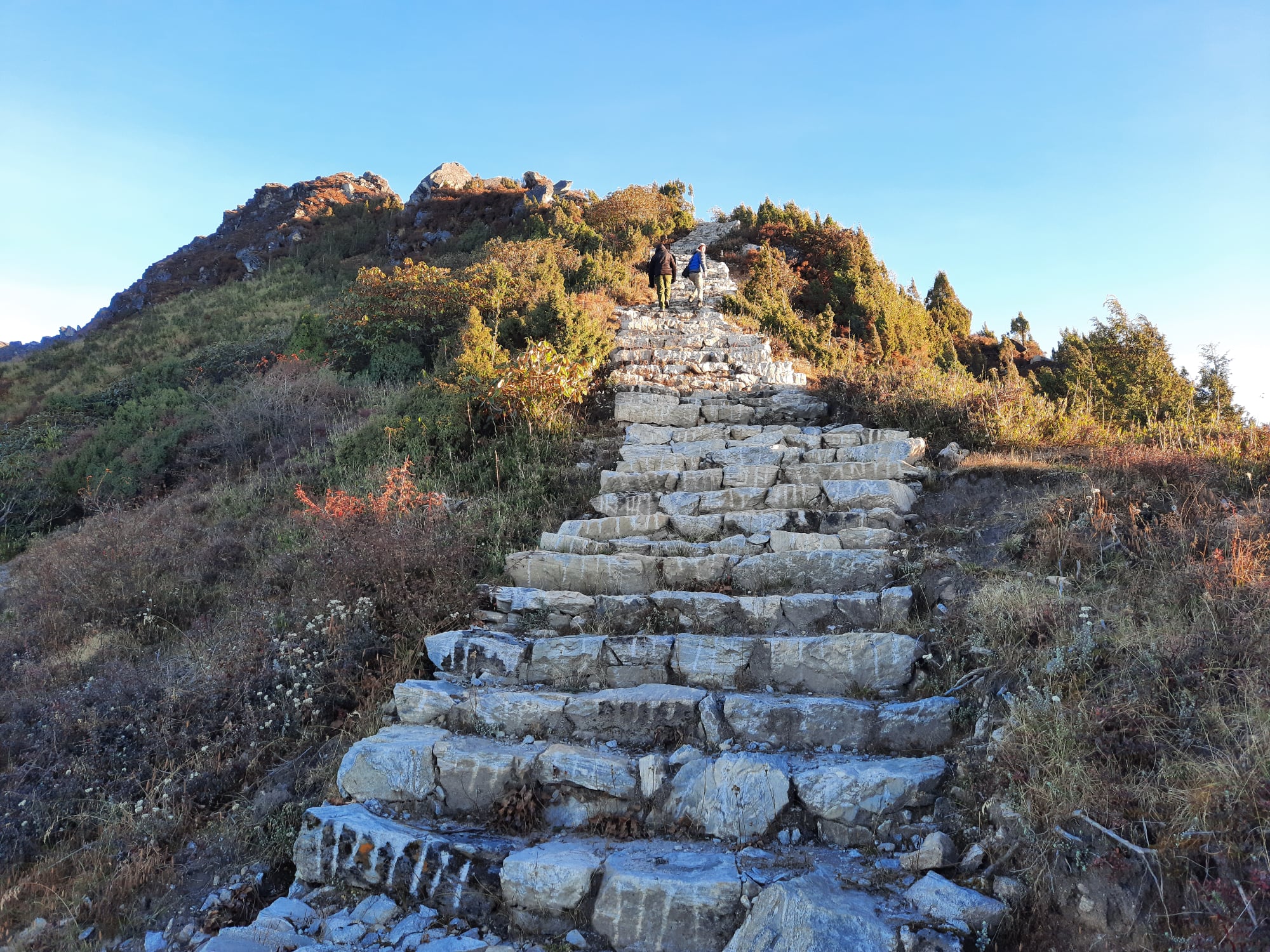 Helambu is bringing various attractive travel packages to make it an excellent destination not only for Kathmandu Valley residents, but also for all domestic and international tourists.

The recent trend shows that Nepalese have started to enjoy travelling more. Family members and friends have begun to travel long and short trips. They have been searching for a new place to escape after being locked inside their homes due to the Covid-induced travel restrictions. The trend of moving has started to increase gradually even if it is for a short period.

Taking advantage of this opportunity, the Village Municipality is expanding the Himalayan Great Trail, Bungee Jumping, Paragliding and Trekking as well as Hiking routes. 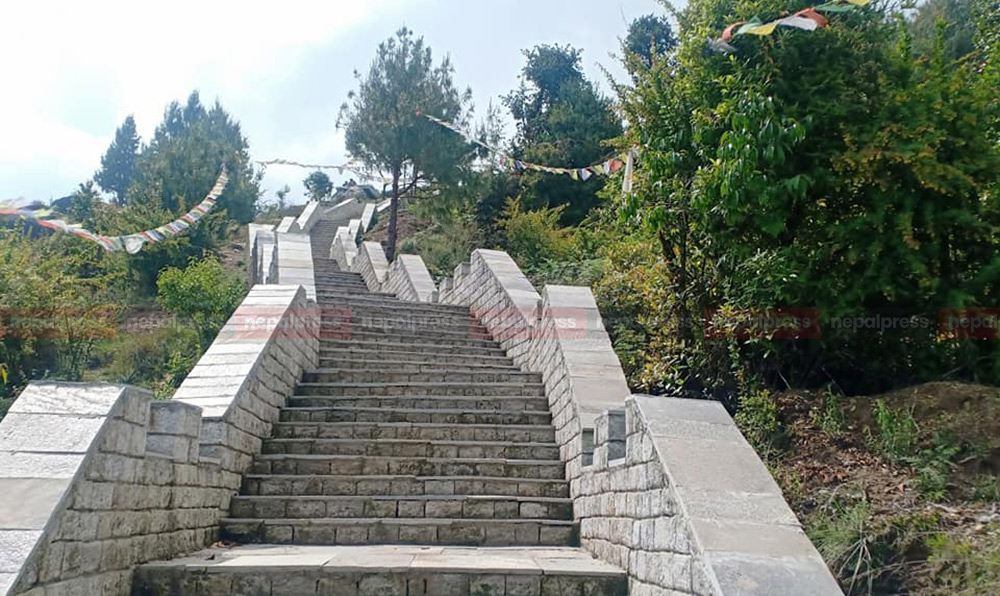 Helambu is planning to attract domestic tourists from Kathmandu by preparing tour packages ranging from one day to one week. Helambu can be an excellent destination currently for those looking to visit destinations nearby Kathmandu. The Village Municipality is preparing to bring people not only from inside the valley but also domestic tourists from all over the country.

Helambu has long been known as a tourist destination for a long time. However, it has remained a destination chosen by foreigners only. Thus, Helambu Village Municipality has taken this initiative to bring in domestic tourists as well.

Village Chairman Nima Gyaljen Sherpa has been prioritizing the tourism sector as it has not been able to attract domestic tourists despite being close to Kathmandu. 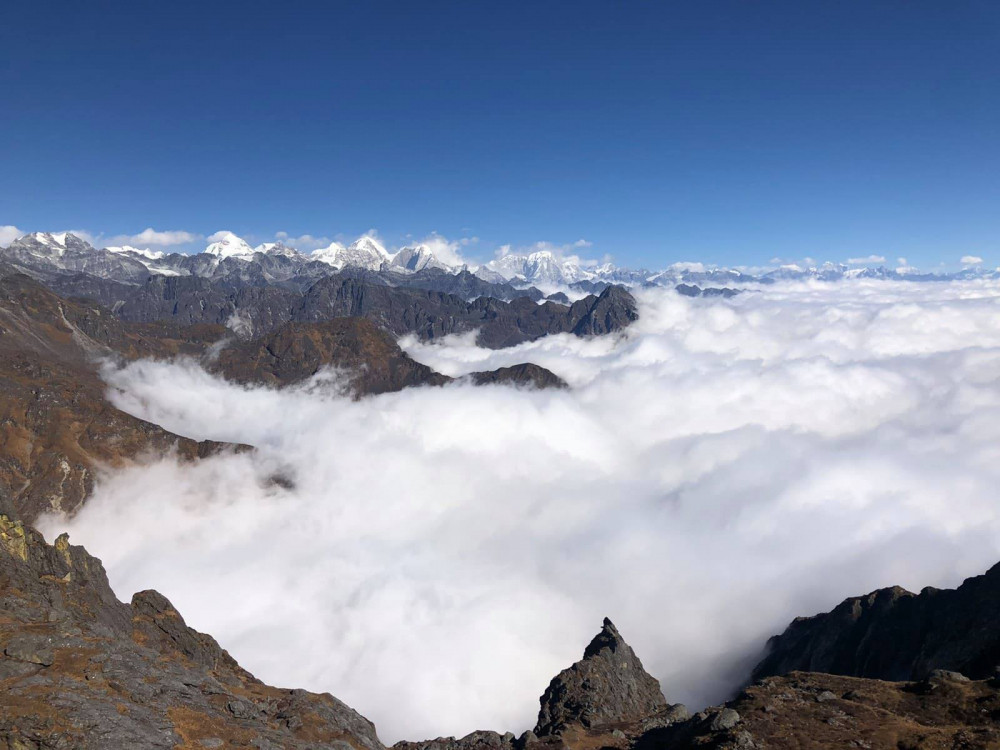 The Village Municipality, the tourism sector of which has been dominated as well as supported only by foreign tourists, is taking the initiative to bring various schemes to attract domestic tourists as Covid has affected its tourism heavily.

Chairman Nima is of the perception that Helambu has not been selected by domestic tourists as there exist misconceptions and a severe lack of publicity. The eyes of Kathmanduites, who are close to Helambu, have so far only been on Pokhara, Chitwan, Ilam and other places.

Now, Helambu Village Municipality has moved forward with the intention of making Helambu an alternative to Pokhara and Chitwan. The illusion that Helambu is even farther away than Solukhumbu is one of the major reasons why it has not been a choice for domestic tourists, says Chairman Nima. Helambu is in fact at a distance of only an hour and a half to two hours from Kathmandu.

There are 5 to 5.5 million people living in Kathmandu Valley. He says that this initiation was taken in order to address the complaint that there is no suitable travel destination for those willing to visit a nearby destination for one day. There exists no alternative to Nagarkot and Dhulikhel, which people visit very often. It has been targeted that Helambu should be taken as an alternative.

It will start snowing in a few weeks on the Helambu Great Trail. The Village Municipality estimates that some domestic tourists will visit from Kathmandu Valley as soon as it snows. Mayor Nima believes that tourists who come to visit during the snowfall will post photos on social media and hopes that those fascinated by the same photos may also visit Helambu Great Trail with their family and friends.

Elaborating on his plan, he said, ‘If we can bring 2.5 million people to our village, the population of which is 20,000, more than 100000 people will fall under the responsibility of one individual. This will greatly improve the economic condition of the people here. Hence, we have to put a lot of emphasis on this.’ 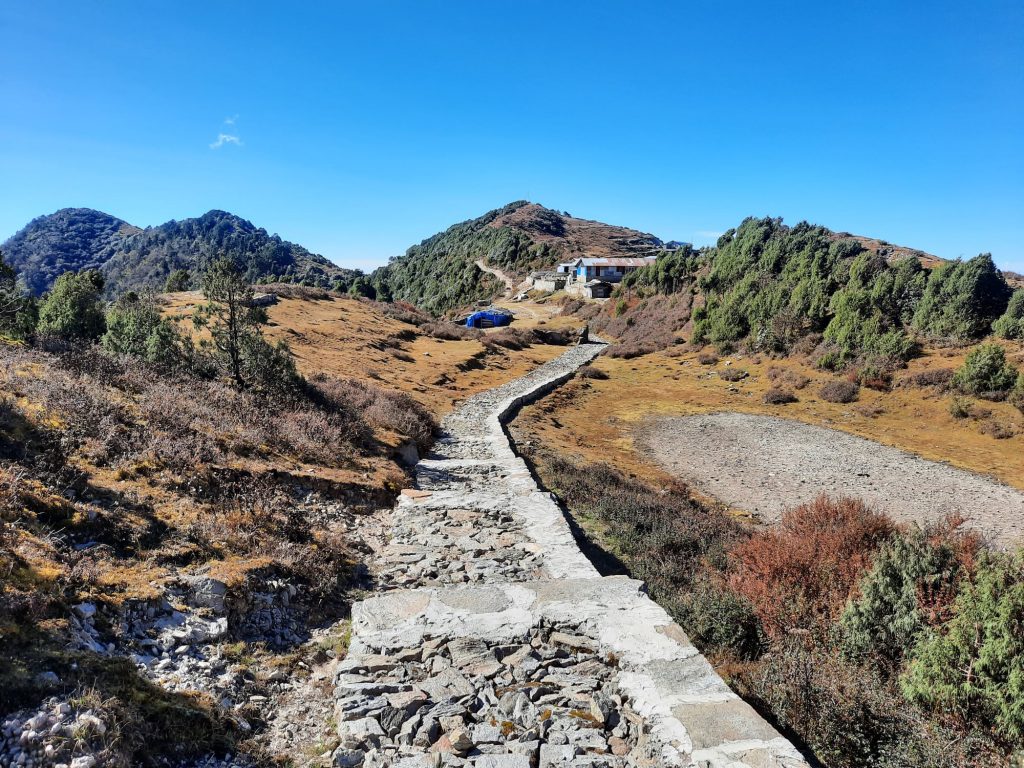 Helambu is a place that can be developed as a tourist destination like Pokhara and Chitwan. Domestic tourists can visit Helambu not only to see the Great Trail, but also for sightseeing of the mountains, go hiking and visit Palchowk and Jayabageshwari temples. There are also religious places for Buddhists to visit, like Guru Rinpoche’s site of devotion and 60 old monasteries. Chairman Nima says that studies on the Gumba (monastery) can also be conducted.

Helambu is an already recognized tourist destination. It is said that trekking in Nepal started from Helambu. But in later times, roadways were constructed and thus trekking was affected. This also affected the tourism sector, with the number of tourists gradually declining in the areas which now have road access.

The famous trekking route was also affected by the 2072 earthquake. The quake destroyed hotels and private homes.

Helambu is also known as the municipality of monasteries, but they all collapsed due to the earthquake. Finally, after many years, they are being reconstructed. Private homes are in the final stages. Trekking routes have not yet been built and that has led to a sharp decline in the tourism sector.

Previous routes have become accessible by bikes and cars. As an alternative, based on the perception that other places should be built to attract tourists, a 60-kilometre long Great Trail, like the Great Wall of China, is being constructed. 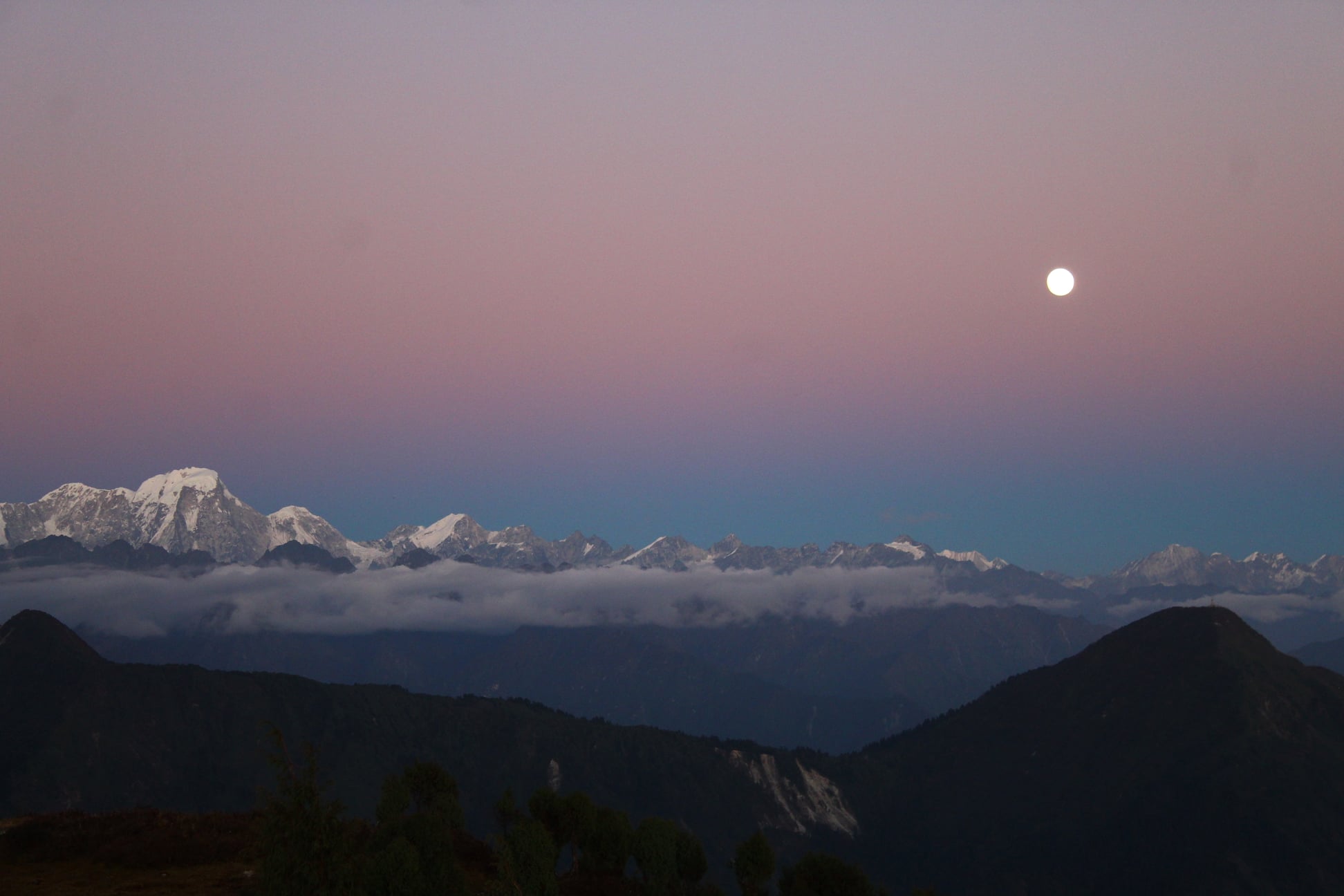 The Himalayan Great Trail is a big project of Rs 4 billion for The Village Municipality. After its completion, this will be a matter of pride not only for Helambu but for entire Nepal as people will be able to say that Nepal, after China, has one of the biggest tourism infrastructures located at a high altitude.

The Great Trail also covers many religious heritages. From the Great Trail of Helambu, one can visit Palchowk, Jayabageshwari, Gosainkunda, Ama Yangri and the site where Rinpoche, the Guru of Buddhism, carried out his penance and devotion. 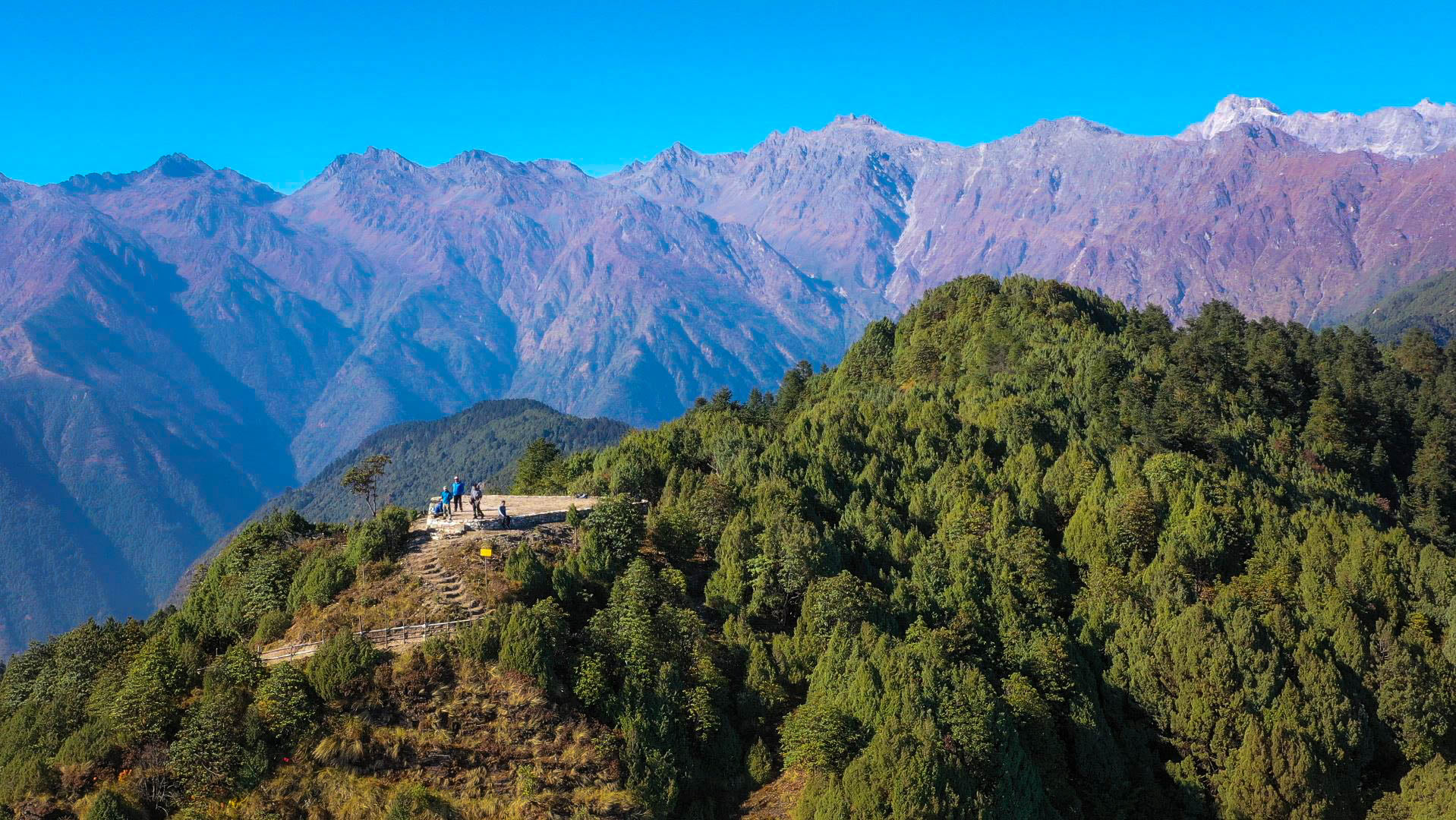 Trails connecting Langtang from two places in Helambu are being constructed for the tourists who want to trek to Langtang of Rasuwa after reaching Helambu. One of these trails is going to reach Langtang via Helambu Kangsalang and the other is going to reach Langtang via Selisang Pass. The route to Langtang via Selisang will be completed this year. After that, the flow of tourists will begin. Simultaneously, a 370-meter-long suspension bridge is being constructed at Charkathali in Helambu to prolong the journey of domestic tourists through Bungee Jumping. The depth of the bridge is 173 meters.

Chairman Nima says, “We are doing preparations to start Bungee Jumping here. The construction of the bridge will be completed within this year. For that, the Village Municipality is preparing the DPR and including the project in the provincial budget. An initiative has been taken with the private sector for Bungee Jumping, as soon as the work of the suspension bridge is completed. 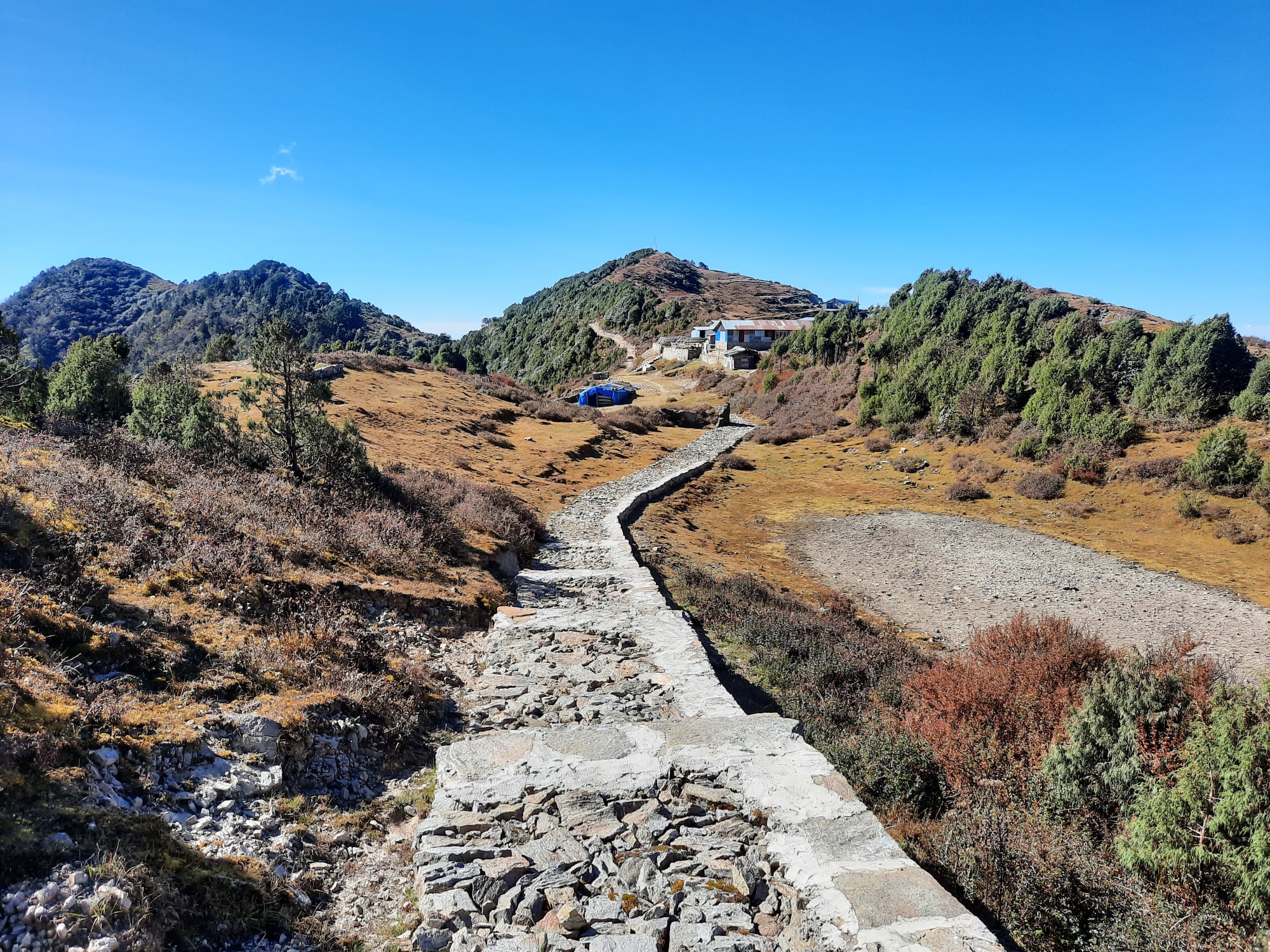 The villagers do not want to miss another golden opportunity, as paragliding in Sarangkot cannot be conducted once Pokhara International Airport is built and comes into operation. Again, paragliders will be looking for a suitable place. Aiming to attract tourists for paragliding in Helambu as an alternative to Sarangkot, Helambu tested paragliding from an altitude of 2200 meters in Ghopteghyang. The experiment was also successful. Enthusiastically, Chairman Nima added, “We have already told the private sector team to formally start paragliding there as soon as possible.”

The Village Municipality is getting ready to prepare a package including all touristic activities for those who say that there is not much to do in Helambu. Chairman Sherpa has also taken forward developmental work along with the preparations made for the tourism sector. 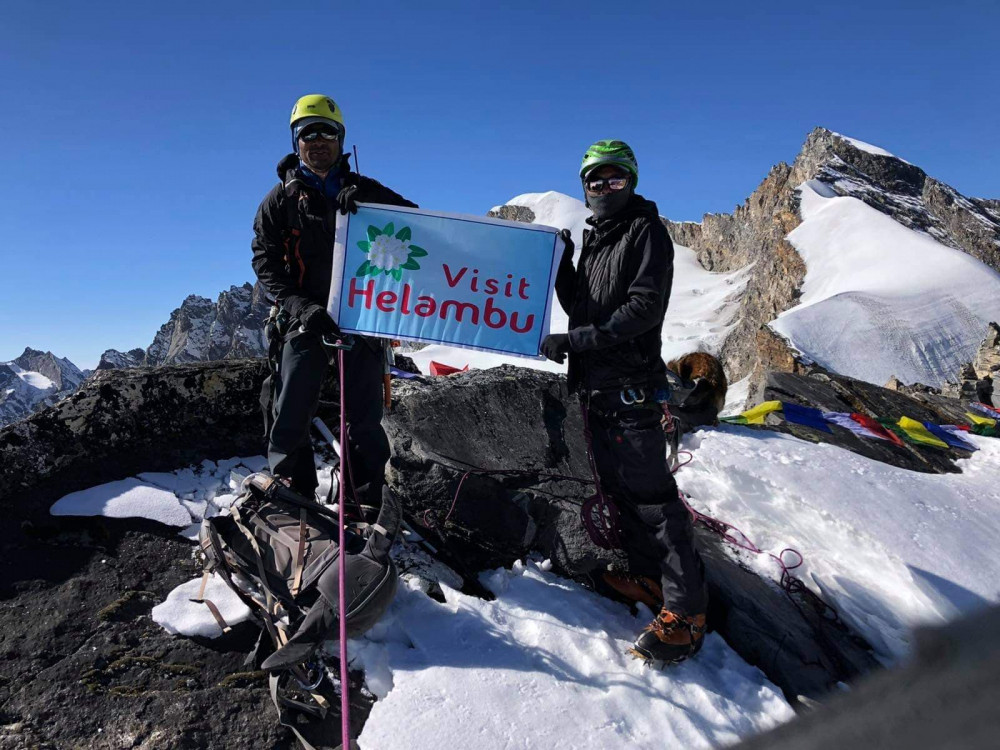 The existing highways were very small and constructed without technical survey. ‘How can we increase tourism in Helambu without widening the roads? So, we are widening all the roads by 9 to 10 meters,’ he says.

‘The work is in its final stages,” he said, ‘It is being constructed in a way that vehicles will be able to run in the rain. Now we only have a  year and a half left. We are determined to do what we said within that time.’